Quantum-Systems flew the Tron electric hybrid UAV above the Theresienwiese in Munich, scene of the Oktoberfest which attracts between 5 and 6 million visitors over a two-week period every year. It flew at a height of 170 m for 10 minutes to record data for evaluation. During the Oktoberfest, this data provides the rescue and security forces with a high-precision 3D map as a basis for planning operations.

A special camera by the DLR was integrated into the variable payload compartment of the Tron, which allows images to be captured with a high level of detail. With the MACS camera system (Modular Aerial Camera System), it is possible to produce a highly accurate position map for the operations management on site almost in real time.

Due to limited space available on site and the large area to be mapped, only a small aeroplane can be used as a carrier for the camera. The ability to take off and land vertically makes the operation a lot easier. After all, the goal was to map the 420,000 m² Theresienwiese within a few minutes with a resolution of less than 3 cm. 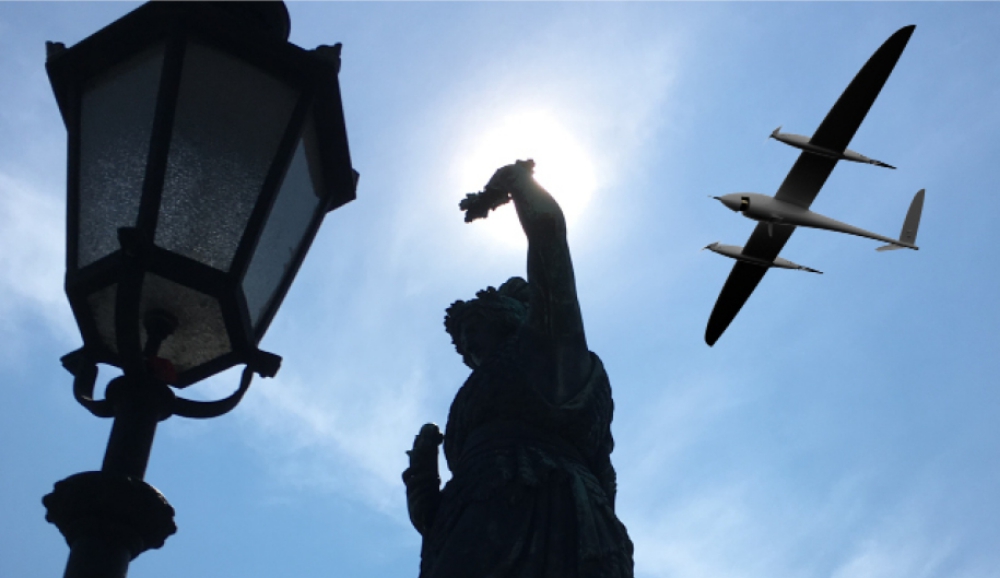 In cooperation with the Duisburg fire brigade, the DLR is developing a novel concept for the rapid reconnaissance of major damage and disaster situations in urban areas.