The first prototype of the Demon UAV is fitted with the RPG-26 grenade launcher. It is also possible to install RPG-7 grenade launcher, small arms, carry a bomb load weighing up to 5 kg. 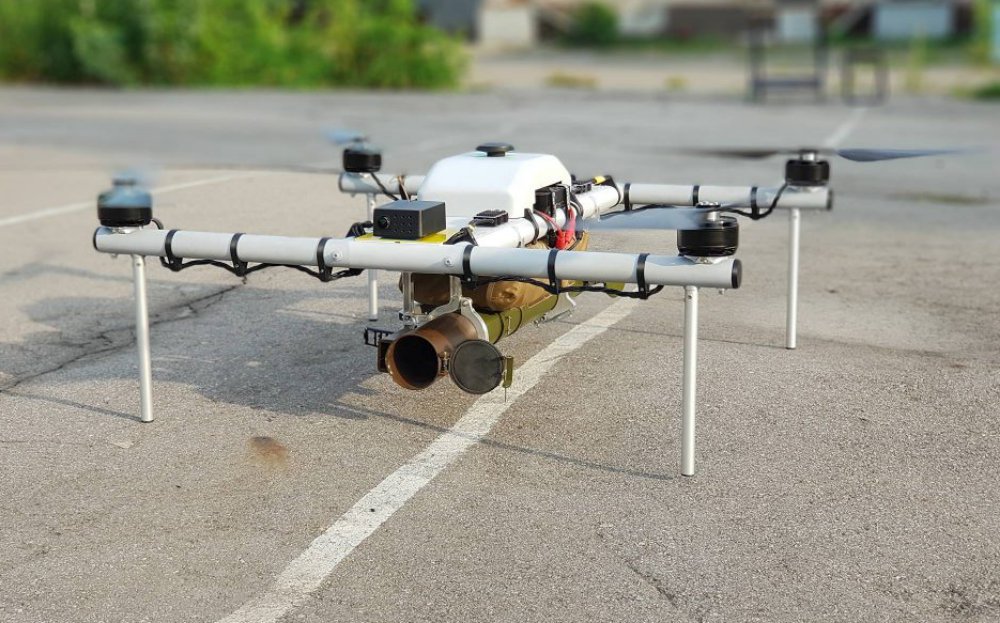 The configuration of drone with a grenade launcher is designed to pre-emptive surprise attacks on armored vehicles, firing points, air defense systems, enemy headquarters at distances up to 10 km. The control is manual (will be semi-automatic) by the operator on the video channel with the signal transmission via the air repeater based on the chimera “Chimera” UAV.