For several months, the IDF hid from the public the fact Hamas drones dropped explosives inside an Israeli community on the Gaza border; this could’ve been an experiment indicating on a worrying new capability, which could be used to target Iron Dome batteries and IDF positions.

On May 13, 2018, around 9pm, an explosion was heard in one of the communities on the Gaza border. Residents who came out of their homes found on their front lawn two explosive devices attached to something that appeared to be a small parachute, white and square. One of the devices exploded, but didn’t cause any damage. Security forces that arrived at the town gathered the findings, but couldn’t explain at the time how and where did they come from.

Several days later a similar device was once again discovered on the outskirts of that town, which is located across the border from Gaza City. This time, security forces could point to a connection between the explosive devices and a drone coming from the strip.

After the third time that month that a drone infiltrated this town, it likely did not make its way back, and went down on the way. The IDF didn’t report to the public about this incident, and to this day it only has vague comments to offer on it, despite the fact the findings collected from the front lawn that first time were presented to some of the town’s residents.

The IDF doesn’t know how many explosive-carrying drones were sent over the last year from the Gaza Strip, how many of them made it back in one piece, and whether this is the harbinger of what’s to come in the next round of fighting—waves of explosive drones. But the working assumption in the Southern Command is that Hamas does have the capability to operate dangerous drones.

Two months ago, walls were fortified at barracks housing soldiers who operate the Iron Dome batteries scattered across the south. The only possible explanation for these fortifications in the form of concrete walls, which separate the batteries and the barracks, is the concern that someone is planning to target the launching systems, which are armed with missiles. Such an explosion can cause many casualties among the soldiers who reside nearby.

An accurate hit on an Iron Dome battery is one of Hamas’s clear objectives, as this isn’t merely another prestigious target, but a symbol—much like infiltration into an Israeli community, kidnapping a soldier or sabotaging the obstacle Israel is building on the border. And the simplest way to get to the Iron Dome batteries is by launching a drone that could drop an explosive on them, or blow up itself. 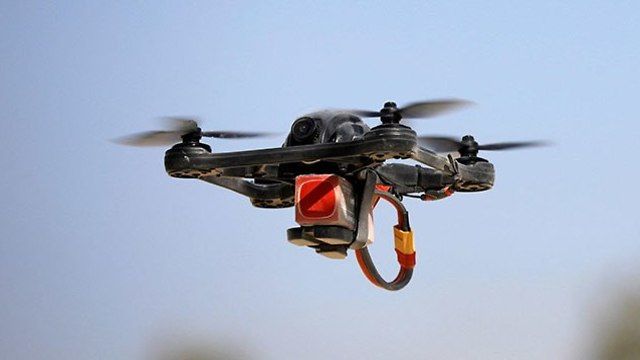 The drones launched toward that community in May were likely the “pilot” for an operational plan. To Hamas, the explosive-carrying drones and the “suicide” drones’ main job is to cause mass casualties or to accurately hit military targets. If Israel causes mass casualties in the strip, Hamas in response will launch the explosive drones towards Israeli communities on the Gaza border. It could hit a basketball court in the middle of a game, or a beach on a hot summer day. In the Zikim area, for example, several drones from Gaza were found this year. Another possible scenario is for such a drone to fly over an Israeli sniper position and drop a small explosive, like a grenade, in response to sniper fire on Palestinian rioters.

IDF officials claim there’s a difference in principle between explosive kites and balloons—seemingly simple measures that go under the definition of “popular protest and terrorism”—and the use of explosive drones—which is defined as “armed terrorism.” Therefore, the IDF believes, Hamas won’t dare sending explosive drones and risk a military conflict.

Those who think so are disconnected from reality. After all, the previous generation of uniform-wearers didn’t believe the smuggling tunnels would turn into attack tunnels, and the generation before that failed to truly understand the threat of Qassam rockets, which were mockingly referred to as “flying iron pipes.”

On December 15, 2016, engineer Mohamed Zouari was shot to death in Tunisia. He was reportedly working on developing unmanned aerial vehicles (UAV) for Hamas—including by converting civilian drones into intelligence and offensive drones. At the time, there was a spike in reports on attempts to smuggle drone parts into the strip through the Erez and Kerem Shalom crossings. 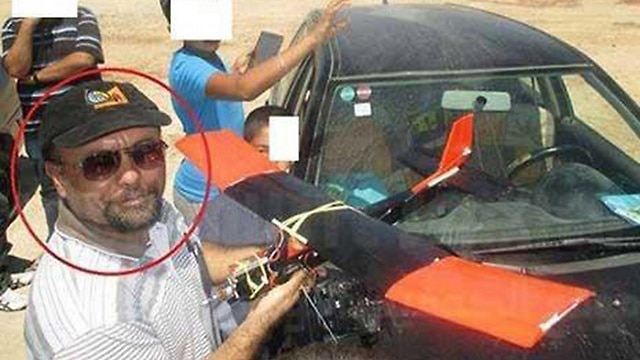 The question is how many drones weren’t captured and were able to get into the strip. The search for the drones is complicated due to their relatively small size. Normally they are concealed—in parts or whole—inside the mass amounts of toys going into Gaza, and at times inside the luggage of a person coming into the strip. In addition, the route to transport goods from Egypt into Gaza—through the Salah al-Din crossing near the Rafah crossing—is not under Israeli monitoring, and it has no information on what comes through it. 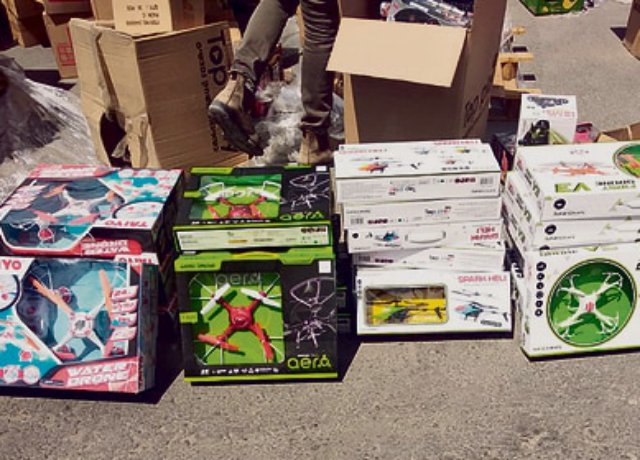 The data show that Hamas, unlike the IDF, considers the smuggling of drones a main effort, just like the effort to bring in drone parts to the strip. The drone parts get to the organization’s workshops, where professionals put them together and adjust them for military activity. Inside those workshops, even bigger drones can be built, which could carry four kilograms and more.

By the way, Hamas engineer Fadi Albatsh, who was assassinated in April 2018 in Malaysia, was also working on developing unmanned aircraft. One of his fields of expertise was encrypted communications between the operator and the drone.

From the factory in China to Gaza

Hamas started operating drones several years ago, but until recently they were mostly used to collect intelligence. Israelis living on the Gaza border say they saw drones flying over wheat fields and groves, likely in an attempt to spot IDF ambushes by the border fence.

Hamas didn’t invent anything. What’s happening in the Gaza Strip on a small scale is happening on a much larger scale in Iran, Iraq, Syria and inside Hezbollah. Hamas received that knoweldge and adjusted it to fit its needs. But what terror organizations like ISIS and Hezbollah have already understood, the IDF is having a hard time getting: a standard drone can easily become a guided missile. Videos from Iraq show ISIS fighters destroying a tank using a drone. They installed 60 or 80 mm mortar shells on it, added a fuse, and there you have it: an accurate weapons system that can identify its target and navigate toward it, all for small change.

It’s true, the explosive drones are not the weapon to deliver a decisive blow, but if they’re not classified as one of the main threats, and if the IDF doesn’t prepare for them, it would be hard to estimate the level of damage a massive use of them could cause in the future. Furthermore, Gaza is not Israel’s main problem when it comes to drones. It’s just the Iran-Hezbollah axis’s testing grounds against Israeli weapons systems, such as Iron Dome. The data from these tests is sent to Tehran, where it’s analyzed and goes to Hezbollah as well.

Israel itself is using drones to drop tear gas on protesters on the Gaza border. Hamas might adopt the Syrian model and examine the possibility of dropping chlorine from drones. For Israel, this would be a threat requiring serious solutions on the highest technological levels. 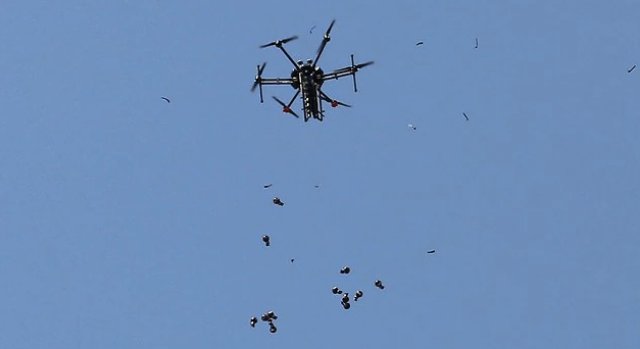 One of the advantages of a drone, apart of its accuracy, is the fact it’s hard to detect. It’s hard to identify it from afar using optical measures, it has no heat signature, its radar signature is the same as that of a stealth aircraft, it flies low, and it makes hardly any noise. Its limits are that it can only be used on a short-range—several kilometers only—and it’s hard to operate in stormy weather.

Advanced defense systems locate the drone using its communications, and then send unmanned aircraft to intercept it. Elta Systems, a subsidiary of Israel Aerospace Industries, has already sold the US systems that know how to take over the drone’s communications and disrupt it. There are also Israeli startup companies that are developing UAVs that can intercept drones, as well as measures to block drones’ communications.
Seventy percent of the drones on the international market are manufactured by one Chinese company, DJI. The IDF also buys drones from it. This may be Chinese technology, and there is fear Chinese intelligence agencies will one day know how to take over its frequencies, track and disrupt them—but they’re cheap, can be bought in bulk, and are worth the investment. This Chinese company is constantly improving the durability of the drones’ communications systems, so when a drone identifies that its communications have been compromised, it returns to its point of takeoff immediately.