3W-International‘s performance partner Sky Power has also brought a new injection and ignition system to market, which can be used for all 3W gasoline and heavy fuel (HF) engines. The new systems are obtainable immediately.

The conversion of engines already in use is also being offered. The objective was to massively reduce the engines’ consumption.

“The efficient use of UAS is becoming increasingly important for our customers. That’s why we as engine manufacturers are interested in a reduction of fuel consumption”, explains Karl Schudt, managing director of Sky Power GmbH. Exhaust, ambient air, and engine temperatures as well as air pressure can influence fuel consumption. So, these parameters must be permanently controlled to control the engine efficiently”, continues Schudt. “The optimization of engine management was therefore one of the new development’s goals.” 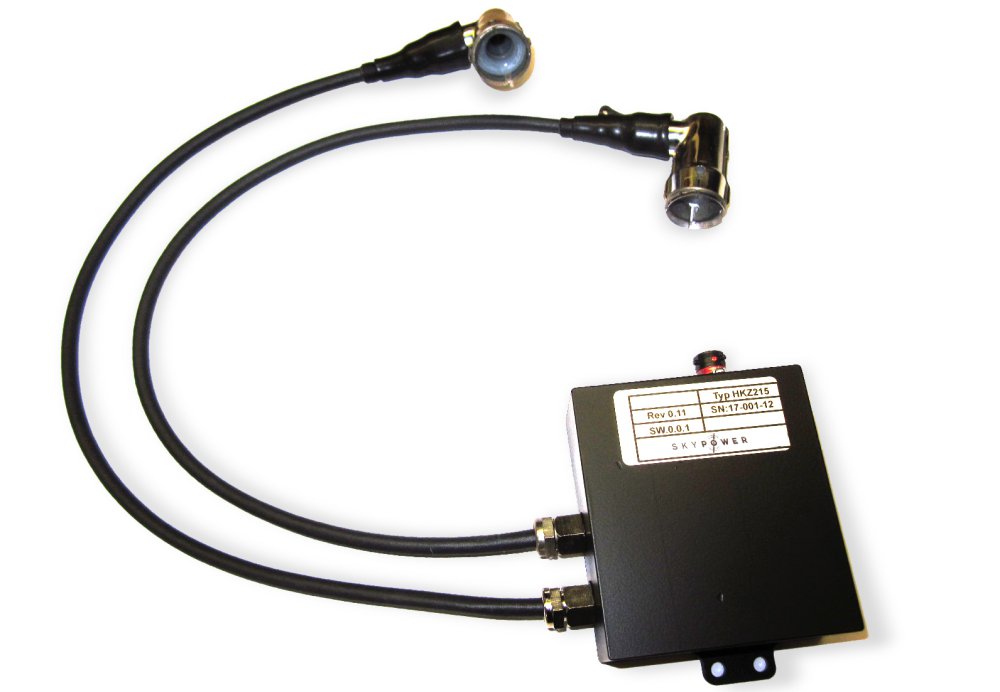 A PC can be used to monitor all engine data. The user interface is so intuitive that all of the engine’s settings and maintenance can be easily conducted. The CAN bus serves as communication. Actuation of the servo-motors and injection, the analysis, sensor signals (analogue and digital), general and manual diagnostic functions, and system updates can be controlled vial the CAN bus.

HKZ215, the new ignition system that Sky Power also developed at the same time, is likewise tuned to all of 3W-International’s engines. The new ignition can also be used for 2- and 4-stroke engines. Both systems are already being used today in the 3W-180 SRE hybrid Wankel engine from 3W-International introduced in 2017. The high-performance HKZ system was developed for significantly greater ignition powers. The engine’s overall fuel efficiency is thereby enhanced and the exhaust values improved. The HKZ is installed in a lightweight and rugged, nickel-plated aluminium housing. All the add-on components such as connector plugs and spark plug connectors are designed and shielded for challenging application areas.

“We are achieving better power performance in 3W engines with the new ignition and injection system”, Schudt explains. The test of a production engine from the 3W-110xi B2 TS FI series demonstrates this. The engine was tested with two different trial constructions having the same silencer L70 aluminium and the same 24×14 dual-blade propeller. In the first trial, the engine ran with the conventional ECU and ignition from 3W-International. These were exchanged for the ECU030 and HKZ215 in the second trial. In the process, a fuel reduction of up to 28% at 5500 rpm resulted. Even reductions of up to 69% could be demonstrated in the lower rotational-speed ranges. “The results aloft also surprised us, but they clearly show what is possible in the area of efficient fuel management”, according to Schudt.

In addition to the injection and ignition, the intake body was also optimized on the cylinders. The engine’s power density is greater thanks to the now better cylinder filling. The engine generates fewer harmful exhaust components and can be better controlled in different engine states. The improved combustion furthermore creates fewer residues in the engine, leading to a reduction in maintenance intervals. Moreover, the engine can be integrated into the aircraft independently of position, leading to optimum integration and weight distribution.

“The new ignition and injection system is obtainable for all of 3W-International’s gasoline and HF engines. We are also offering to convert drive systems already in use on the market. For this purpose, the engine has to be sent in to our service centre in Germany. Conversion effort is engine dependent”, explains Schudt. At the moment, the new systems are usable for the 110 ccm engine. Additional engines will follow in future. “The goal is to offer the ECU030 and HKZ ignition system for all of 3W-International’s 2-stroke engines”, according to Schudt.

Sky Power GmbH is 3W-International GmbH’s performance partner. 3W-International is the leading manufacturer of 2-stroke internal combustion engines for UASs (unmanned aircraft systems). Sky Power’s function is similar to a contract tuner for a car manufacturer. Customer adaptations, new developments, and performance enhancement of 3W products are the goal of that partnership. Customer requests and new customer developments are also carried out.