NASA and Amazon Turn to France for UTM Tests

A Delair-Tech drone flies over a vineyard

NASA and Amazon.com Inc. are tapping experts in France to figure out how to coordinate drone traffic, bolstering the country’s role as a hub for evolving regulation of unmanned aircraft.

While Amazon hired a team in a Paris suburb, NASA headed closer to plane-maker Airbus SE’s home in Toulouse, calling on drone designer Delair-Tech to test prototypes for air traffic management software. It’s a key part of convincing regulators unmanned vehicles are safe to fly higher and further out of sight from their operators, such as while delivering goods.

“Coordinating traffic between drones, as well as with planes, it’s the end-goal that’s mobilizing a lot of people across the industry,” said entrepreneur Michael de Lagarde, chief executive officer of Delair-Tech. “Today, we’re collectively at level zero of traffic management, we just segment the air space.”
NASA has been leading efforts to create a drone air-traffic-control system, with companies including Alphabet Inc.’s Google and Amazon.com Inc. signing agreements with the space agency.

France was one of the first to regulate commercial drone use in 2012, spurring the growth of local startups and spawning expertise that NASA is now tapping. The U.S. Federal Aviation Administration finalized rules for unmanned aircraft in mid-2016. While the U.S. relies a lot on case by case authorizations, French rules are more permissive, including on things like out-of-sight flights.

The U.S. isn’t yet at a point where companies can run routine operations with drones — delivery for instance is only possible on an exceptional basis, said Phil Finnegan, an analyst at aerospace and defense researcher Teal Group. That’s holding back growth of new services, he said.

“There’s still work to convince governments of the safe operation of drones, including above people’s heads,” Finnegan said. “For a company like Amazon that wants to use a lot of drones, traffic management becomes a big question, and a critical one in terms of safety.” 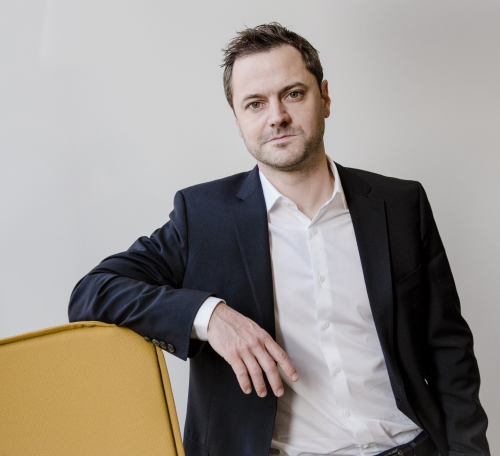 Delair-Tech, which makes image-gathering drones that fly long distances, built and tested prototypes with NASA. Being able to show that drones can report their position, spot other objects and avoid crashing into them, were among goals, the startup’s CEO said.

Upgrading regulation for Delair-Tech means potentially selling to a broader customer base, as the startup looks to expand its software offering as part of a collaboration with Intel Corp., and eyes raising money from investors by summer to finance that push. The company’s last round two years ago was for 13 million euros ($14.5 million), from funds including one backed by a big cognac-producing family in France.

Amazon has also set up a lab near Paris as part of a separate effort to develop its own air-traffic-control system to manage its fleet of drones flying from warehouses to customers’ doors. The company hired engineers with expertise in aviation as well as machine-learning and artificial intelligence — talent Amazon said it could find more easily in France.

Challenges such as development costs, how to define global standards, and deciding who is ultimately responsible for safety and regulation, are all pending.