Iran’s paramilitary Revolutionary Guard conducted a drill last week that saw “suicide drones” crash into targets and explode, triangle-shaped aircraft that strongly resembled those used in a 2019 attack in Saudi Arabia that temporarily cut the kingdom’s oil production by half.

Iran has long denied launching the attack on the sites of Abqaiq and Khurais while Yemen’s Iran-backed Houthi rebels initially claimed the assault.

Iranian state television described the drill as taking place in the country’s vast central desert, the latest in a series of snap exercises called amid the escalating tensions over its nuclear program. The footage showed four of the unmanned, triangle-shaped drones flying in a tight formation. 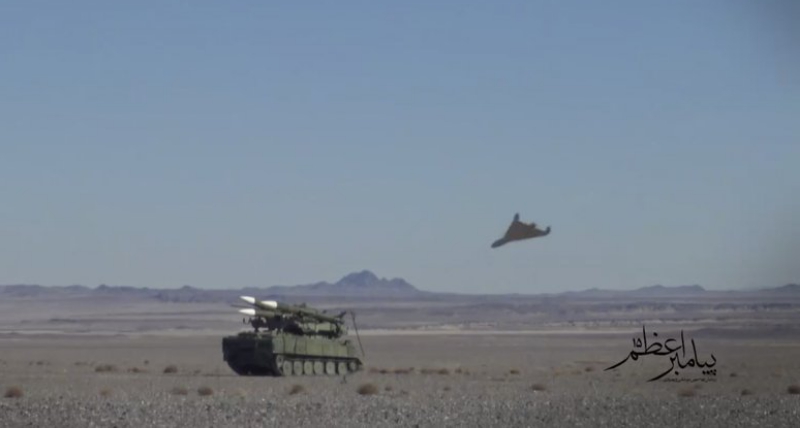 Another scene showed the drones smash into targets Iran described as being “hypothetical enemy bases” and detonate. One target appeared to be a missile vehicle — a telling target in a region where American forces and their Gulf Arab allies rely on Patriot missile batteries for defense.

Looking at the footage frame by frame, the triangle-shape drone appeared to have two fins on either side. This strongly resembles the so-called “Delta” drones used both in the Abqaiq and Khurais assault in September 2019, as well as a May 2019 attack on Saudi Arabia’s crucial East-West pipeline. Saudi Arabia showed damaged drones to journalists after the attacks, while U.N. experts included images of the drone in a report.

Iranian officials did not acknowledge the resemblance, nor did they immediately identify the drones used.

“The message of this drill is our might and firm determination to defend our sovereignty, our holy ruling system and our values against the enemies of Islam and Iran,”