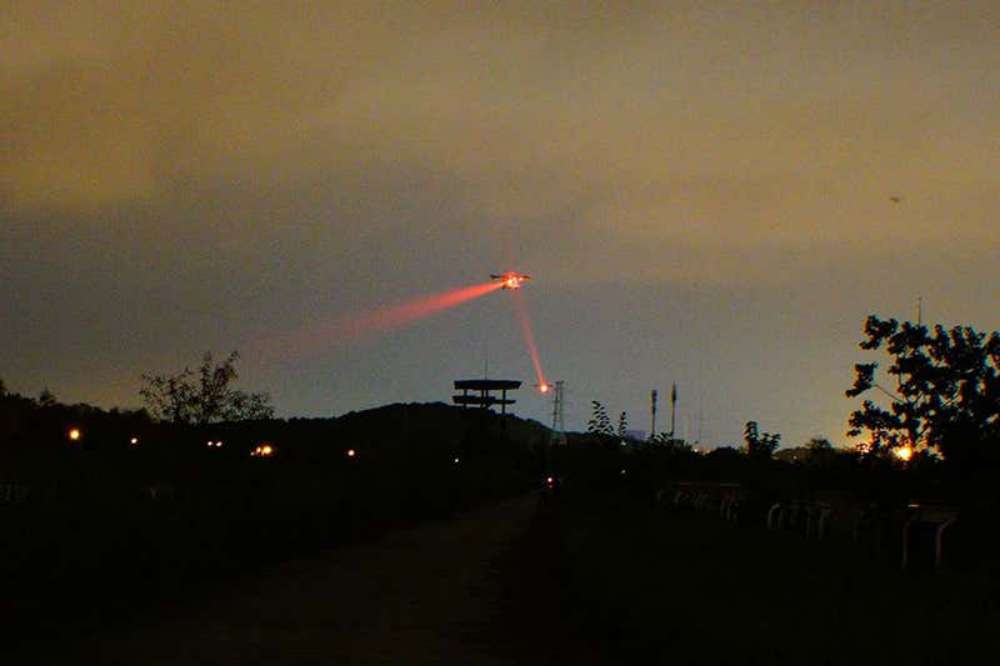 Entangled photons have been sent between two drones hovering a kilometre apart, demonstrating technology that could form the building blocks of a quantum internet.

When a pair of photons are quantum entangled, you can instantly deduce the state of one by measuring the other, regardless of the distance separating them. This phenomenon, which Albert Einstein dismissively called “spooky action at a distance”, is the basis of quantum encryption – using entangled particles to ensure communications are secret.

Quantum networks are far more secure than the existing internet because any attempt to eavesdrop changes the state of the photons, alerting the recipient to foul play.

Entangled photons have been transported more than 1000 kilometres in tests between a satellite and ground stations before, but now Zhenda Xie at Nanjing University in China and his colleagues have shown that links can be made over shorter distances with relatively inexpensive hardware. It is also the first time that photon entanglement has been transmitted from one moving device to another.

A laser on board one of the 35-kilogram drones created a pair of entangled photons by splitting a single photon with a crystal. One photon was sent directly to a ground station and the other to a second drone a kilometre away via a relay drone.

Motorised devices on each drone moved to ensure that the receivers and transmitters always lined up, and photons were focused and steered through the relay drone by a short piece of fibre-optic cable. The state of each photon was measured at the ground station and the results proved that the photons remained entangled.

Xie hopes that connections of over 300 kilometres can be achieved by more advanced drones at high altitude, free of the distorting influence of pollution and weather, and that smaller, more cost-effective drones could be produced for local connections, perhaps even to moving vehicles. All of these devices could link to satellites for global transmission.

The achievement marks an important step towards a quantum internet, says Siddarth Joshi at the University of Bristol, UK. He agrees that drones could become the final chain in links from one part of the world to another, such as from your local relay station to your home or vehicle. “You’re driving around in your car and you want to maintain secure quantum communications, so you have these drones flying around behind you,” he says.