The 2021 edition of the Leonardo Drone Contest will be a “drone game” in which new technologies and functions will be applied in a new arena.

Much like the formula in the first edition, the new competition will include a scientific and technological presentation symposium at the end of spring 2021, and the development of the new tender which will be held in autumn at Leonardo’s Aircraft headquarters in Turin.

The award ceremony for the first edition of the competition was held on 23rd September with the victory of the Politecnico di Milano while the University of Bologna was awarded the “Special Jury Prize”.

A few months after the conclusion of the first race, the other teams in the competition – the Politecnico di Milano, Alma Mater Studiorum – University of Bologna, Politecnico di Torino, Sant’Anna School of Advanced Studies, “Tor Vergata” University of Rome and University of Naples “Federico II” – have been thinking about and working on the next challenge.

The new modalities of the next university competition of artificial intelligence, unique on the international scene, will be a real game between the drones which, in cooperation with ground sensors, will compose the reality around them in order to speed up the execution of their missions.

In the competition field, challenges will involve drones collecting, through photographs and videos, the necessary information that will allow the team to define the best landing mission in the pitches and thus maximize the competition score, in a race against time. The drone with the information received will then have to autonomously move between buildings and areas with reduced visibility to complete its mission.

Cooperation with sensors on the territory will be essential to identify all objects in the shortest possible time and begin to develop collaboration skills between the drone and other platforms, thus preparing the ground for the 2022 contest where collaborative flight will be the main challenge.

The technological innovations that will be introduced, in a leitmotiv coherent with the objective of the Leonardo Drone Contest, perfectly coincide with the fields of Artificial Intelligence, Computer Vision, Sensor Fusion and Machine Learning applied to unmanned systems, in full support of the Be Tomorrow – Leonardo 2030 strategic plan and in particular of the development of unmanned and autonomous solutions enhanced by artificial intelligence.

The Leonardo Drone Contest, whose goal is to create synergies between development and academic research, aims to encourage the development of technologies for applied artificial intelligence to unmanned systems and the birth of an ecosystem that involves large companies, universities, small and medium enterprises, spin-offs and start-ups. 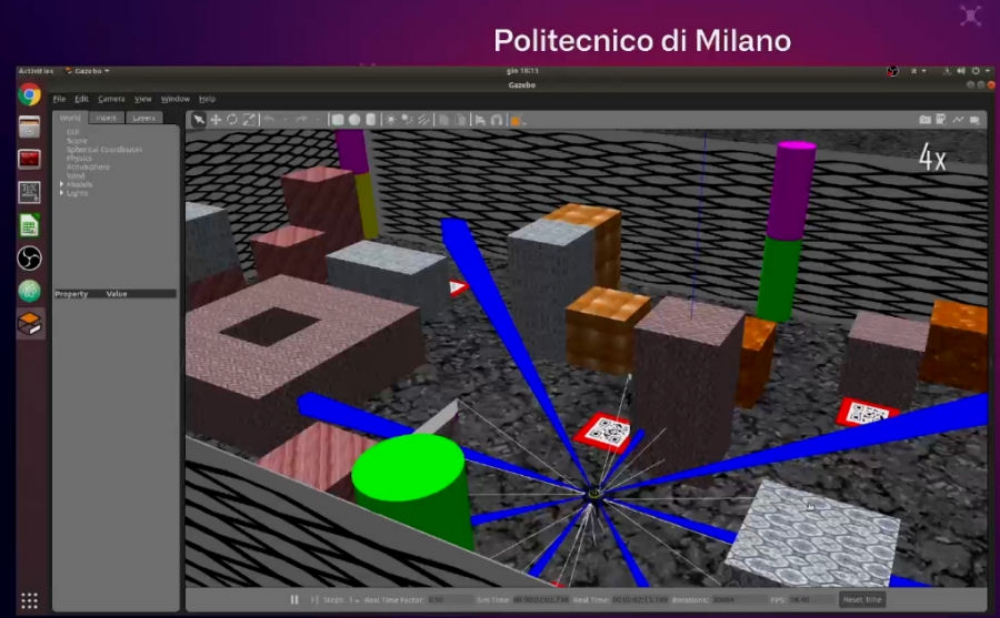 The Leonardo Drone Contest is an Open Innovation project created and developed by Leonardo, in collaboration with six Italian universities, to promote, in Italy, the development of the applied artificial intelligence to unmanned systems.

Leonardo supports, for three years, the activity of the six Ph.D students of the universities involved with scholarships for the competition aimed at fostering research and innovation. The Leonardo Drone Contest has officially started on 12th November 2019 and will end in 2022.

The first challenge has been held on 18th September 2020 on the field staged in the Leonardo’s Aircraft headquarters in Turin.

During the contest of the next year and the last in 2022 the Ph.D students, supported by the professors and in collaboration with the university teams and Leonardo, will develop and propose more innovative capabilities applied to unmanned drone systems.

Leonardo is the only company in Europe able to provide complete remote piloted solutions – by designing and developing all the elements of a drone based system – for intelligence, surveillance, monitoring, information acquisition missions, integrating platforms, radar sensors and electro-optics, mission systems and ground control stations.