The project was developed in cooperation with the drone company Fixar with an aim to change the perception of drones as simple toys or industrial assets.

The company wanted to create a specific, luxurious accessory for more affluent customers. Black Bee was designed by the famous auto designer Alexander Isaev, who is responsible, among others, for the projects like the Mercedes-Benz G Niva and Hummer UAZ. 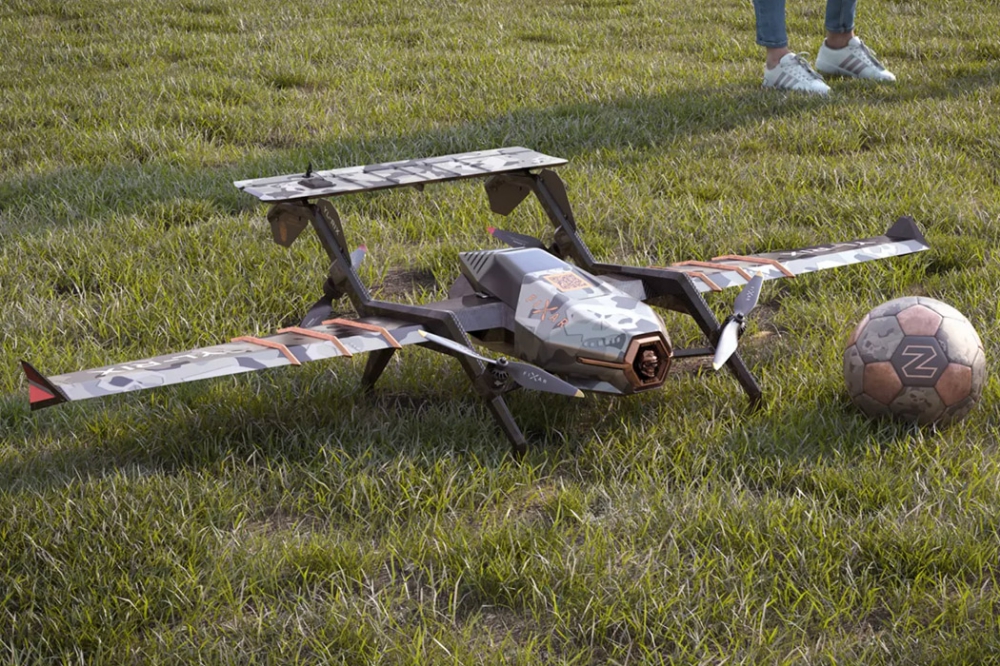 Based on the Fixar 007 Outdoor model, the designer drone can take-off and land like a copter and also has a high flight range courtesy of the wing lift. Designers say the transition from helicopter mode to airplane mode is seamless, allowing it to reach high speeds right after take-off. 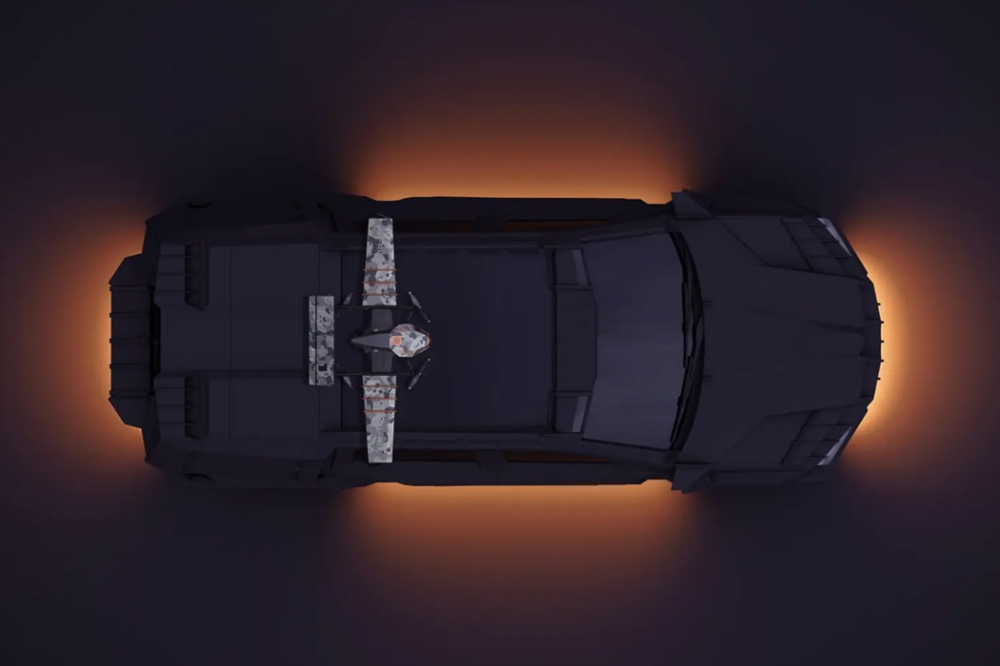 The drone can be carried in a Dartz Prombron Black Alligator sports car, featured in the “Die Hard” movie series.

DARTZ Motorz is the automotive division of the DARTZ Grupa and continues the tradition of the RBVZ.

It was founded in 1988 in the status of a cooperative, as soon as capitalism was admitted to USSR, by the great-grandson of the minority shareholder of Russian Baltic Wagon Plant (RBVZ) Leonard F. Yankelovich.
… RBVZ was founded in Riga in 1869 and became a joint-stock company in 1874.
The name DARTZ – is an abbreviation found in the official correspondence of the RBVZ – in 1907, when it was decided to start car production, the French Département Automobile de Riga was used in the documents, the founder and owner of the company added Tank and Zavod for harmony and keeping the traditions, so that from the first letters DARTZ emerged, which is quite similar to the historical names RBVZ (Russian Baltic Wagon Factory), as the company was called in 1869, and BTAZ (Brone Tanko Avtomobilny Zavod) – as it was renamed in 1922.

RBVZ \ BTAZ is not only a company with one of the most dramatic pasts – the main shareholder of the company was brutally shot by the Reds, but also the only car manufacturer in the world to boast a space presence. Historically, the former BTAZ built conscientious spaceships and orbital stations.
The first car in which the company participated in 1988 was an armored version of the RAF 2203 Latvija car, which was completely rebuilt by the French company LABBE. At that time it was the first armored car in the USSR.

Soon USSR collapsed, but the cooperation with LABBE lasted for several years.
The company achieved great and scandalous fame in the world after it made an interior from a whale penis foreskin – the most expensive and elastic natural leather, because the salon of the yacht of Aristotle Onassis was made from this leather, and Jacqueline Kennedy liked to sit on such chairs. After the protests of Pamela Anderson itself, they had to give up the idea and even build a special car Volga Gaz 21 Save the whales for them.

Since 2013, DARTZ has been producing cars only under the “Prombron” brand and uses the Mercedes GLS AMG chassis – this is the name of the cars produced by BTAZ from vehicle sets of the RBVZs evacuated from Riga in 1914/1915.
The combination of the Mercedes GLS AMG chassis with the DARTZ bodywork and the DARTZ interior even makes this car stand out from individual pieces. This is why the company’s vehicles adorn the garages of music, film and sports stars and are the wish of the powerful who want to wait years for hand-assembled cars.

In May 2о2о DARTZ announced the reincarnation of another label, which has been in the historical possession of the RBVZ since 1910: Frese (registered as FreZe). Chinese electric vehicles, which were developed in cooperation with DARTZ and adapted for the European market, will be sold under this brand. The cars are already undergoing certification in Europe, the sales start is planned for spring 2021, but the first car is to be presented for Crown Christmas.

In addition, DARTZ cars are often illuminated at Hollywood venues. The most famous film with DARTZ is of course The Dictator with Sacha Baron Cohen, Die Hard 5 with Bruce Wilis, The Man of November with Pierce Brosnan, and many others.

The newest car – so-caled Type C (Civil) copy of a car from the yet-to-be-announced movie DARTZ Prombron ‘Black Stallion – was bought by the Czech company Euphoria Trade. Immediately after the announcement of the car in the press, this company is dealing with strange Vodka with cannabis and cocaine, and need car to celebrate X-mas.

Another product that has made the company world famous is the worlds most expensive vodka RussoBaltique Vodka . A limited edition of RussoBaltique Vodka Drink Edition will be released by Christmas 2o2o to commemorate the famous achievement of Andrey Nagel and Vadim Mikhailov, who were the first to cross the finish line of the 1912 Monte Carlo Rally in a convertible in thirty degrees frost / Vodka promises to be much cheaper than the Worlds Most Expensive Vodka in the World – but much more expensive than any other.

And – an important point the company owner would like to emphasize – DARTZ – not tuner, as they are often called in the press, DARTZ is a carrosserie, long time ago forgotten – but still a living word. Cars from carrosserie of RBVZ in RIga – that is how the advertisement sounded more than a hundred years ago. And that is how it sounds today.Just DARTZ instead