The aerial economy supporting industries like agricultural and gas/oil line inspections relies heavily on large aircraft, which demand enormous amounts of fuel to safely transport people to and from jobs. Flylogix sees a cleaner and more efficient future with UAS performing some of these tasks. 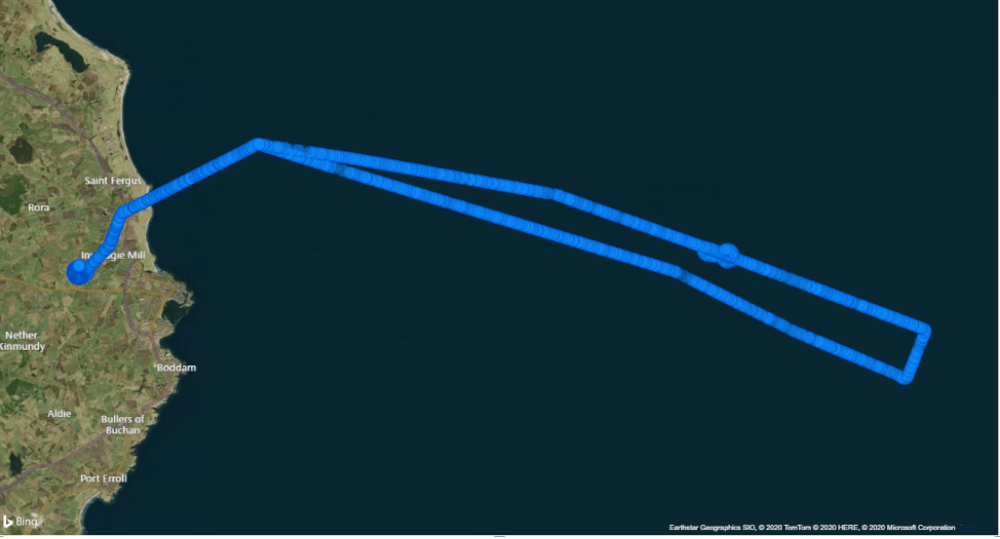 Flylogix and uAvionixTogether, with the uAvionix ping200X ADS-B Out Mode S transponder combined with truFYX, Flylogix’ high integrity GPS, Flylogix successfully gained regulatory approval this year for ambitious BVLOS flights across the North Sea. The key to gaining the trust and approval needed to perform their flights lies in the safety case enabled by the ping200X/truFYX combo. By installing this equipment, the mission could be observed by NATS Air Traffic Control via the NATS ADS-B and primary and secondary radar network in the North Sea.

Helicopter operators traversing to and from nearby oil platforms that were equipped with TCAS or ADS-B receivers could also see the UAS and remain well clear of the operation. The image below is one of the flights performed by Flylogix observed from the Aireon space-based ADS-B satellite network – thanks to ping200X’s dipole antennas.

“The uAvionix ping200X and truFYX GPS were a critical component of the Flylogix CAA Safety Case,” states Ed Clay, Flylogix Operations Director. “The certification credentials of the uAvionix products were critical to gaining approval from both CAA and NATS.”