With confidence in a bright future for the aviation community, NASA’s aeronautical innovators this past year persevered to accomplish their mission to explore advances in atmospheric flight despite a global pandemic that had a devasting impact on the industry.

As evident in our work during 2020, we continued to create solutions for an evolving industry that will once again see lucrative economic growth and ensure the skies above the United States remain the safest and most advanced in the world.

NASA’s flight team during 2020 was widely focused on conducting scientific and engineering investigations in these broad areas:

In pursuing these goals and many others, NASA’s team of experts joined their talents in partnership with aviation experts and organizations within government, industry, and academia.

Project teams during 2020 made steady progress with the Low-Boom Flight Demonstration mission, which seeks to enable the possibility of boarding a commercial supersonic airliner and flying across the United States twice as fast as a traditional jetliner.

To support this goal, NASA is building the X-59 QueSST airplane, whose unique appearance and technology is designed to turn loud sonic booms associated with faster-than-sound flight into barely perceptible sonic thumps.

Assembly of NASA’s X-59 QueSST aircraft made great strides during 2020 at Lockheed Martin Aeronautics Company in Palmdale, California. The airplane is taking shape, with significant work completed on its wings, cockpit, and other hardware. In addition, NASA received delivery of the F414-GE-100 engine for installation into the X-59.

The unique design of the X-59 that quiets a sonic boom requires the cockpit be farther back and lower in the fuselage with no forward-facing window. The eXternal Vision System (XVS) resolves the issue by giving the pilot a forward-facing view via a novel display system. The XVS successfully completed tests in 2020.

The X-59 will be flown above select U.S. communities to measure public response to its noise while flying supersonic. The resulting data and statistics will be presented to lawmakers, who will then consider lifting the ban on supersonic flight over land that has been in place since 1973.

As more drones, both commercial and recreational, continue to fill the skies and dominate discussions about the future of aviation, NASA Aeronautics kept pace with their role as leaders in the area of Advanced Air Mobility in 2020.

A NASA patent for traffic management of Unmanned Aircraft System vehicles was awarded the 2020 Government Invention of the Year. This technology, called “Unmanned Aerial System Traffic Management to Enable Civilian Low Altitude Goods and Service Delivery by UAS,” allows unmanned aerial systems to maintain safe and efficient operations for the delivery of goods and services.

NASA researchers conducted Unmanned Aircraft Systems flight tests of drone aircraft at Moffett Field at NASA’s Ames Research Center in California. The purpose of the tests was to investigate the feasibility of a concept called Time-Based Conformance Monitoring. Conformance monitoring is an important task of air traffic controllers or traffic management services that will be implemented in the future to ensure aircraft are adhering to their assigned flight trajectories.

NASA’s Unmanned Aircraft Systems Integration in the National Airspace System (UAS in the NAS) project concluded in September 2020 after nine years of successful work. The project identified, developed, and tested technologies and procedures to help make it possible for UAS to have routine access to the National Airspace System. In 2020, the Systems Integration and Operationalization demonstration activity completed two demonstrations under the UAS in the NAS project, and the third will happen under leadership of the Advanced Air Mobility project in early 2021.

NASA’s team at the Airspace Operations Laboratory at Ames developed augmented reality software to make useful information about all kinds of vehicles in our skies, like drones, more widely available. Whether for emergency response or managing air traffic, visualizing complex data through augmented reality makes it easier for people on the ground to be aware of the operations of the uncrewed vehicles that will increasingly populate our skies.

These initiatives and more are helping to lay the groundwork for the National Airspace System of the future.

With global interest in reducing aviation’s impact on the environment, NASA Aeronautics in 2020 contributed to understanding potential solutions with a research focus on developing technologies and systems that could be incorporated into future airplanes whose propulsion is powered by electricity. This research largely centered around the X-57 Maxwell, which will be NASA’s first all-electric X-plane.

Significant progress was made in preparation for the X-57. NASA completed tasks for the X-57’s functional ground testing, working toward taxi testing and first flight. Assembly and qualification tests began on two critical components: the electric cruise motors, which will power X-57 in flight, and the future high-aspect ratio wing that will fly on the aircraft in the X-57’s final configuration.

These tests continue to advance the X-57 toward contributing to NASA’s effort to help set certification standards for electric aircraft of the future.

For example, advanced designs that will propel X-57 underwent wind tunnel testing at Langley Research Center in Virginia. These tests, which took place in the Langley Low-Speed Aeroacoustic Wind Tunnel, were conducted over the course of two weeks to gather valuable operational and performance data for flight conditions. 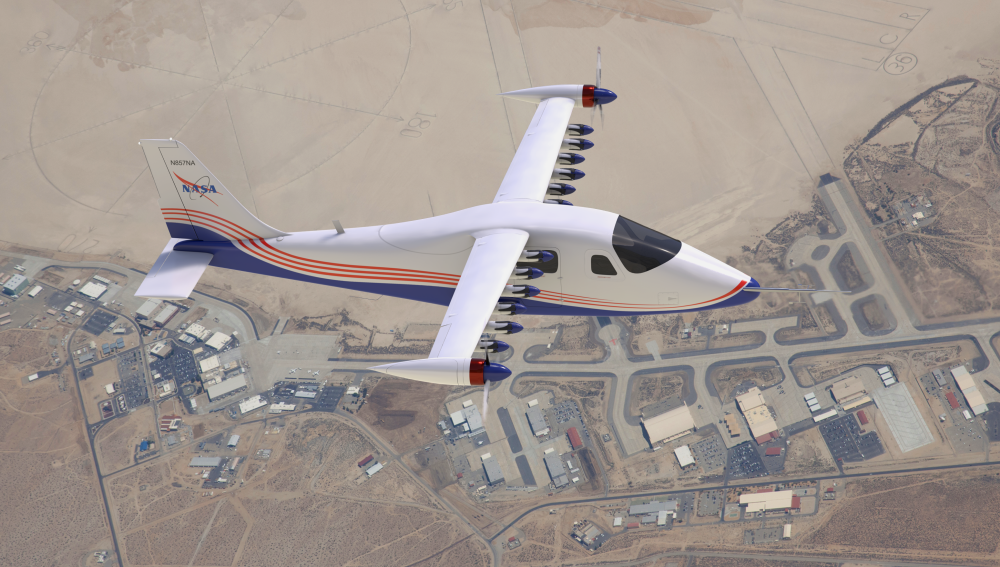 NASA’s primary goal for X-57 is to share the electric-propulsion design, lessons learned, and airworthiness process with regulators as new electric aircraft markets begin to emerge.

When the Mars helicopter Ingenuity arrives at the Red Planet in February 2021, it will be the first aircraft to fly in another planet’s atmosphere. NASA’s aeronautics experts contributed to ensuring the vehicle technology demonstration has every chance of being a complete success. 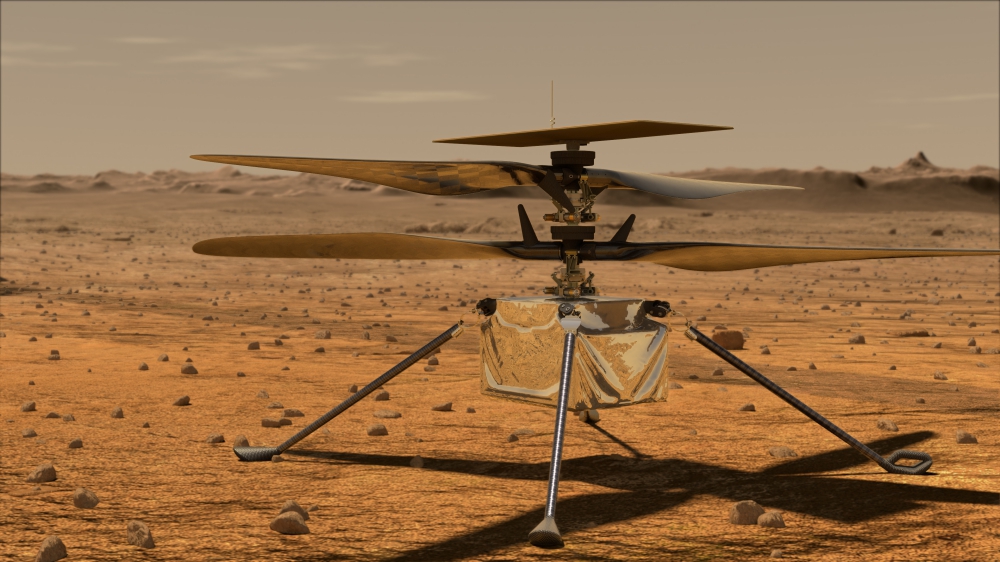 NASA research projects gathering data on aircraft noise and testing an air traffic management digital communications tool flew aboard a Boeing 787 as part of the company’s 2020 ecoDemonstrator program. Results from these flights will help continuing development of technology to enable future aircraft designs and flight operations that will be quieter, more fuel efficient, and result in fewer delays.

Two industry partners signed information exchange agreements with NASA this year that will establish mutually beneficial relationships to accelerate AAM operations as part of NASA’s National Campaign. Both partners now join other industry partners to prepare for the first National Campaign beginning in 2022 with intent to assess operational safety scenarios focused on their respective automation and vehicle designs.

With the help of NASA’s Ames Research Center in California, Swift Engineering of San Clemente, California, completed a two-hour flight test of their Swift High-Altitude Long-Endurance Unmanned Aircraft System. The applications of the technology – for science, agriculture, and disaster response – could have a real impact on our everyday lives.