Iowa City-based startup Rantizo, which uses drones to spray crops, has just closed a $7.5 million Series A round led by Leaps by Bayer, with participation from a number of other agtech-focused investors – including Fall Line Capital, Innova Memphis, Lewis & Clark Ventures, KZValve, and Sukup Manufacturing. It brings the company’s total funding to date to $9 million.

“There was a lot of enthusiasm about what drones could do and that tapered off when people saw what they actually could accomplish,” CEO Michael Ott tells AFN. “In the last few years, we’ve really ramped up the productivity, autonomy, and the use cases where application from drones actually makes sense.”

“Imagery is certainly valuable, but when it comes to agriculture you have to deploy things in the field, whether that be seeds or fertilizer or pesticides. Using a drone to do that autonomously really saves on the labor side and that is the ultimate problem that we are trying to solve,” Ott explains.

Farmers are attracted to Rantizo’s efficiency, he adds – as well as the fact they can avoid soil compaction by letting a drone do the spraying instead of heavy machinery. Drones can also more easily access hard-to-reach spots like steep hillsides or perennially wet areas. 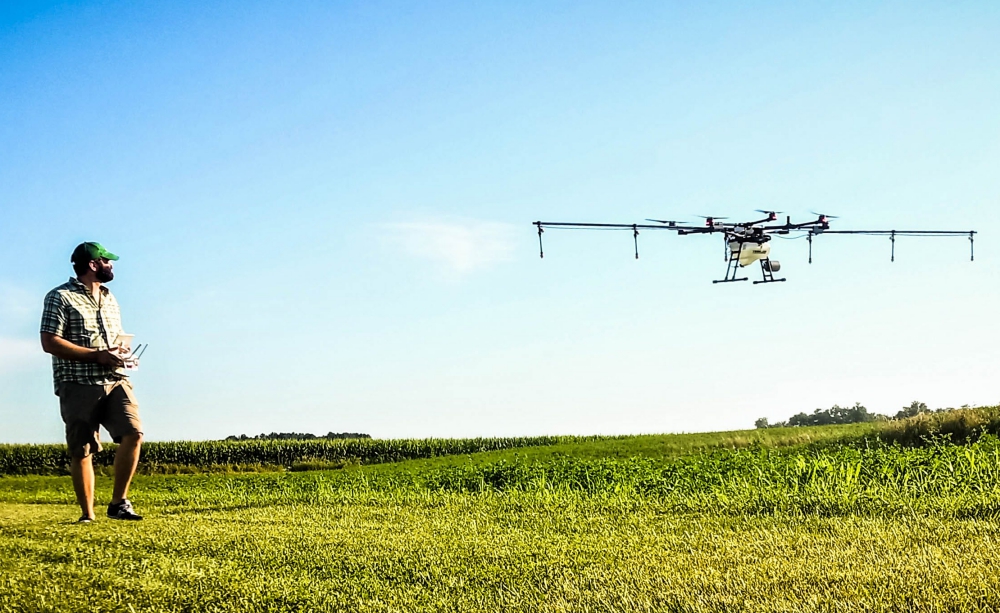 The startup offers its technology through a service model where independent contractors step in to provide the labor. A Rantizo application services contractor can purchase a turnkey system that includes drone equipment, licensing, training, and certifications to operate the startup’s Fly & Apply platform. It charges $150 per hour, per drone.

“When you look at the holistic cost of treating a field, almost all times when you are spot spraying you are actually saving money because you’re not using that chemical across the entire field,” Ott says. By working with imaging providers Rantizo “can utilize the drone to drop treatments only on the areas where it’s required,” he adds. 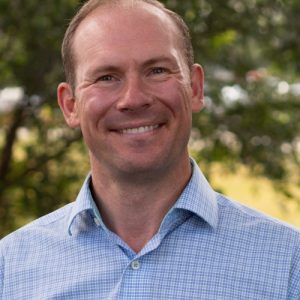 The startup is focused on servicing farmers in the US Midwest, but operates from coast to coast. The primary goal of the new funding is to expand its reach into new markets after it saw a dramatic uptick in demand during the 2020 season, according to Ott.

The rest of the capital will be used to make new hires and ramp up R&D for projects relating to crop pollination, data management, and automation. Rantizo is also hoping to boost its list of 30 contractors to 100 in the near future, Ott says.

Regulatory approval was one of the biggest roadblocks against rapid and widespread uptake of drones in agriculture. Rantizo has slowly chipped away at the challenge, and it claims to be the first startup to receive US Federal Aviation Authority (FAA) approval for drone spraying in Iowa. Although that’s only one state, there are 85,300 farms in Iowa alone, according to the US Department of Agriculture’s National Agricultural Statistics Service.

Rantizo has to adhere to different rules in each state when it comes to operating drones. There is “tremendous variability” according to Ott; and sometimes, the well-intentioned rules make for odd outcomes that don’t obviously apply to how Rantizo is using the devices.

“Working with the FAA to do safe and smart applications is critical. We are the only company that can legally swarm in rural areas nationwide,” he says.

“That’s a huge, huge thing that we can do – flying three drones at once, whereas everyone else is just flying one. Your productivity skyrockets when you’ve got multiple units up in the air.” 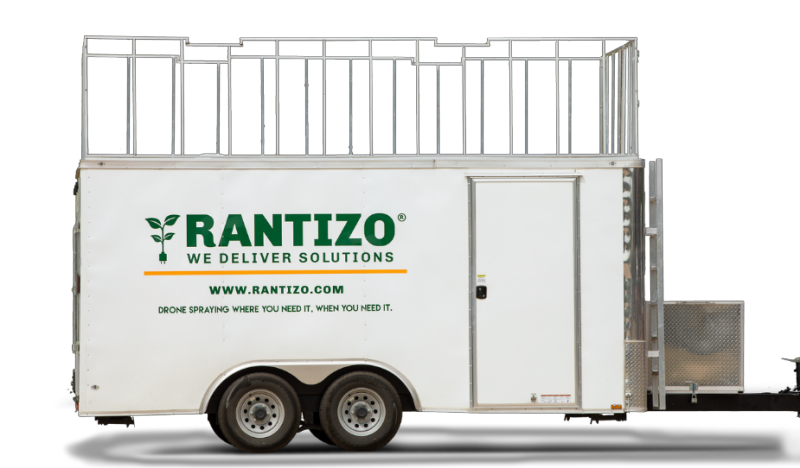 As the initial hype around ag drones died down, a few startups managed to rise above the fray. Most appear to focus on using the vehicles to collect aerial imagery. But some are, like Rantizo, trying to crack the drone payload problem to provide farmers with crop input application services.

California’s Dropcopter is even using drones to help facilitate pollination in orchards amid declining bee populations.

Nevertheless, in the post-hype drone space questions still remain about the efficacy — and the future — of this technology.

“As we improve the amount of data that can be processed, and coverage, you will really start to realize the benefits,” Ott says.

“But if you gather too much information in the field you get farmer insomnia, because they know there are problems but they can’t really do anything about it. What we do at Rantizo is make that data actionable: If we’ve got an herbicide-resistant weed in the north-east corner of our field, we can get a drone out there and treat that tomorrow.”