Pursuant to proposed Transport Canada regulations, the Robin XL would not require a formal aircraft type-certification when operated in specific lower-risk (rural & remote) locations, as is intended.  Commercialization in support of COVID-19 related activities and also remote area deliveries would commence for 2021 projects once DDC has completed testing, expected over the next 3 months. Flight approvals would be requested through Transport Canada following the straightforward and well-established Special Flight Operations Certificate (SFOC) process that DDC has successfully used in the past.

The Robin XL is currently the Company’s mid-size drone with an expected range of 60km (37mi) and a payload capacity of 11.3 kg (25 lb).  The Robin XL is an electric, combination VTOL / fixed-wing drone.  The aircraft itself includes an advanced, integrated parachute system which is expected to mitigate its risk profile and potentially allow for flight over people in the future, opening up an extended range of use cases.  Cargo is stored safely and securely inside the drone, with temperature control capabilities. The Robin XL is designed to work with the Company’s proprietary and patented DroneSpot depot system, automated battery management system and FLYTE software system. 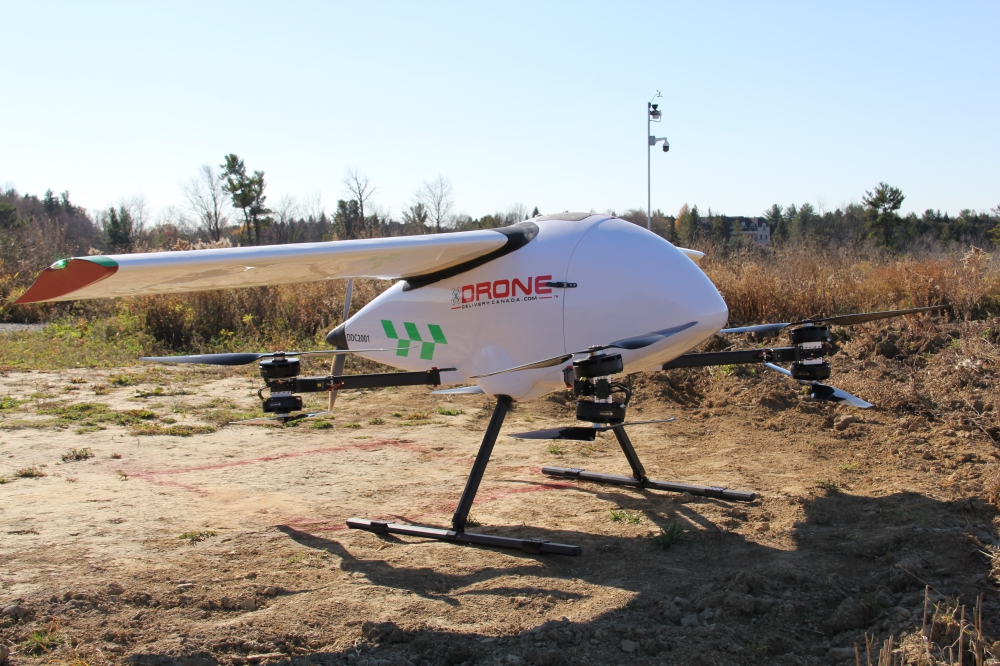 Future versions of the Robin XL are expected to feature the Company’s innovated touchless cargo drop functionality.  Similar to the Sparrow and Condor, in addition to carrying traditional cargo, the multi-mission Robin XL has the ability to carry specialized camera/video systems as well as specialized sensors, further extending its use cases into additional commercial, industrial, government and military markets, beyond traditional cargo delivery. The turnkey solution is marketed in a managed service SaaS business model in Canada and as a licensed managed service internationally.

“We are very pleased with the ongoing successful testing of our Robin XL delivery drone.  The Sparrow, Robin XL and Condor all have unique commercial use-case applications based on range and payload capabilities, and we are excited to have the Condor and Robin XL models coming to market soon. Robin XL & Condor pre-selling efforts are underway and market response has been very favourable in Canada and internationally, and we are working on a number of specific prospective opportunities for both,”