The benchmark for this record was set by a 2,200 UAV display in Russia on September 4, 2020. This broke the Guinness World Records title set by Intel Corporation (USA) with 2,066 UAVs in Folsom, California, USA on 15 July 2018.

During this official challenge, the design executive team presented achievements of Chinese space science and technology in the night sky, such as the Tiangong-1, Beidou satellite system and China’s space station.

The organizers paid tribute to China’s space industry through these elements in space science and technology.

In the early morning, over three thousand drones took off in a grid-like formation. Then, the formation of drones in the air began to change, from a grid into the shape of the earth. Around the globe, the Beidou navigation system then appeared. 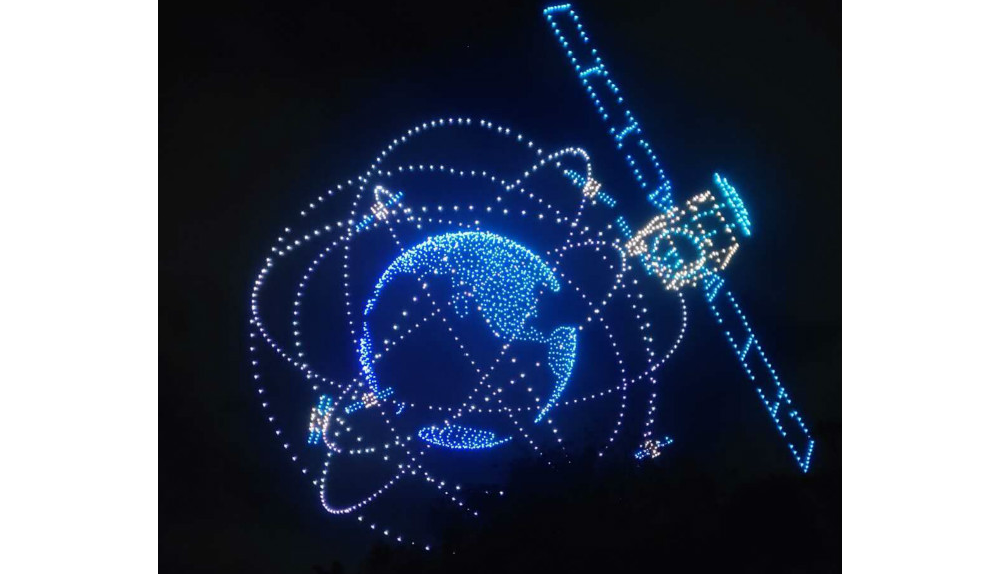 It is listed as one of the four major global satellite navigation systems by the International Committee on Global Navigation Satellite Systems (ICG), along with satellite systems developed by the United States, Russia and the European Union.

Then the Tiangong program appeared in the stars. A patchwork of drones, cleverly combined with lights and intricately patterned, presented the Chinese Space Station. 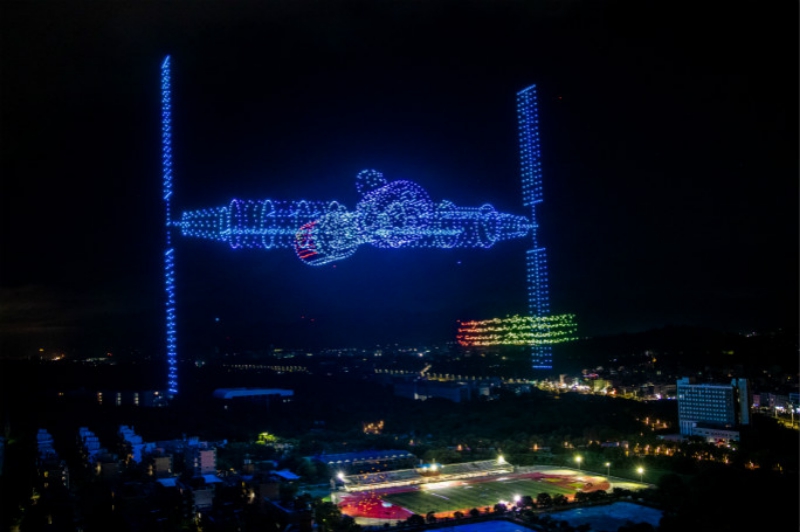 At the end of the whole challenge, in order to express the desire of all mankind for the exploration of the universe, the formation revealed a giant Mars rover. 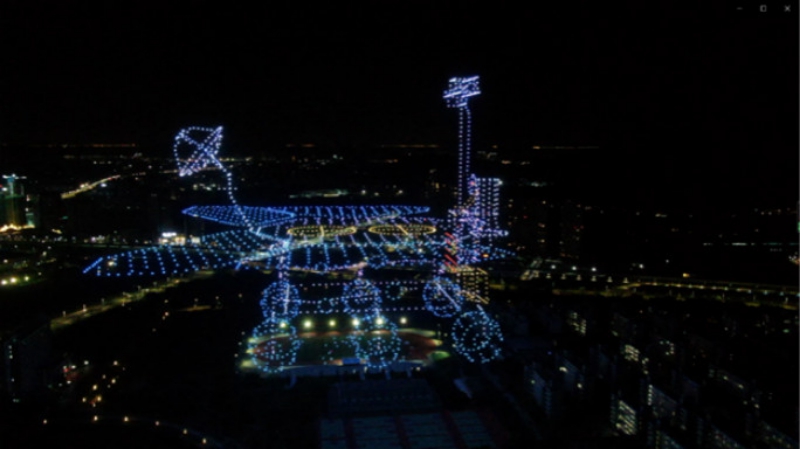 This particular rover pictured the Tiangong-1, which was launched in late July but has yet to land on the Red Planet.

As a representative of China’s drone high-tech enterprises, we combine the innovation of drone technology with the untiring pursuit of art. Through the new high-tech night sky drone show, we will spread more positive energy for China, showcase more high-tech achievements to the world.”

After the official audit, the final figure of UAVs came in at 3,051 and the adjudicator declared the new record holder. 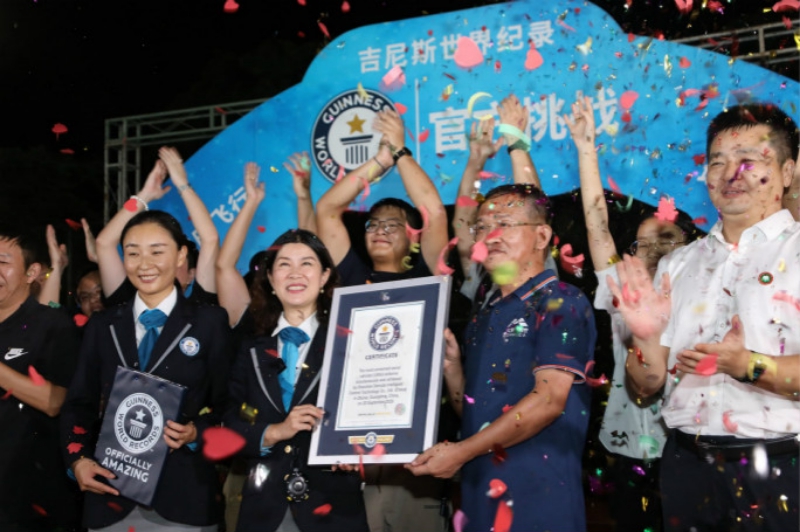 The social distancing policy in Guangdong is that in public areas with open air, face masks are no longer needed. This meant the adjudicator was able to present the certificate in person to Shenzhen Damoda Intelligent Control Technology Co., Ltd..