F-drones successfully completed the first commercial night drone delivery. The delivery was made in Singapore on 1 November 2020 to Berge Sarstein, owned by Berge Bulk. F- drones helped to send a 3D printed critical part weighing 3 kilograms over 5 kilometers within 7 minutes.

Globally, commercial drone deliveries are limited to daylight hours, due to the additional technical and operational challenges associated with night operations. F-drones’ achievement is a monumental step forward in enabling on-demand deliveries to vessels 24×7. As ports around the world operate round the clock, the capability would allow F-drones to serve its customers’ needs at any time. One of the possibilities that this opens up is the delivery of urgent items at night, such as critical spare parts and medicine. With its drone solution, the items can be delivered within minutes, and can be a safer option compared to taking a boat out and sending items up a pilot ladder/gangway at night.

While this is a significant milestone, F-drones is already conducting autonomous test flights of its proprietary drone – Hyperlaunch, which will be capable of delivering 5 kg loads over 50 km, expanding its operational reach. In fact, it has completed more than 100 autonomous flights on Hyperlaunch since the start of the year. It boasts an ability to carry the largest payload size in its class and has achieved top speeds of 144 kmph. 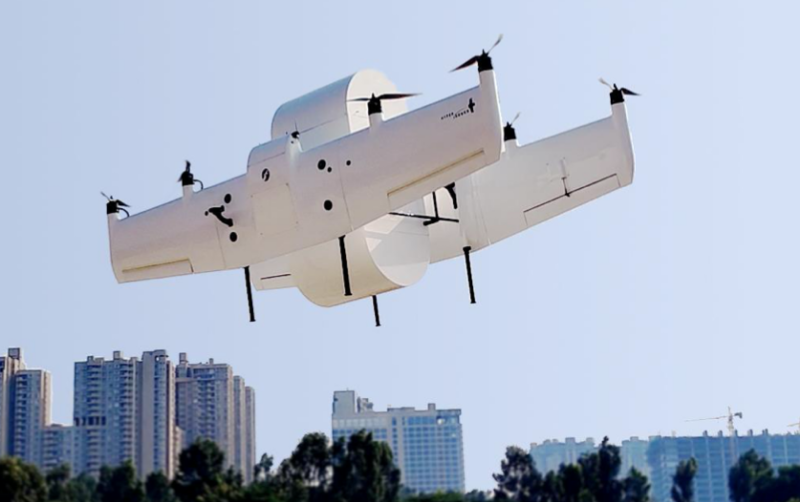 The company plans to bring this capability to market in mid 2021. Hyperlaunch is another key milestone of F-drones, as a scaled-down version of its drone that would ultimately be able to deliver 100kg loads over 100km.

“Traditional means of transport are expensive, slow, labour and carbon intensive. F-drones’ solutions aid the maritime industry to reduce 80% of the costs, time and CO2 emissions. Besides being efficient, delivery drones can also reduce unnecessary human contact amid the COVID-19 pandemic.”

according to Nicolas Ang, Co-founder of F-drones.

With its 24 hour operational capability, F-drones’ can now provide a 24/7 truly on-demand service.