The company behind the drone show at president-elect Biden’s victory speech on Saturday November 7  in Wilmington, was Verge Aero based in Pennsylvania.

‘This event is certainly a first on many fronts,’ Nils Thorjussen, Verge Aero’s CEO, says. ‘While I’m unable discuss the event in detail, there were many unique challenges we’ve never faced before, as you can imagine.’

Production companies face significant operating costs, especially for insurance, and also must comply with stringent FAA regulations and in this instance, required a pair of FAA waivers.

“Then you also need special permission to control more than one drone from one pilot. So if you have one person operating two, three, or 100 drones, that requires a waiver from the FAA.“

Specific details about Biden’s event show were not available on account of numerous NDAs, however Thurjussen estimates that a modestly-sized show could be assembled by a crew of just two people in around an hour, though larger displays would obviously require more setup time. A large part of the show’s lead time is devoted to programming the drones’ movements in Blender or a similar program. Not only does each drone need its own choreography, the production team must go back through manually to ensure that none of the drone’s vectors overlap which translates into a real-world mid-air collision.

For its part, Verge Aero uses its own in-house program called Design Studio which streamlines the creation and programming process, enabling users to move a theoretically unlimited number of drones around a virtualized performance space.

“Verge Aero’s design software lets users select graphics and special effects and place them in a timeline, similar to those found in video editing software,” Thorjussen wrote in May. “This software calculates the flight paths of each drone to guarantee they don’t collide in the air and generates a full 3D rendering of the show to ensure it looks exactly as intended. Every drone is sent a unique program and the ground control station monitors each drone over a local, encrypted network for maximum safety.”

The company also keeps its drone manufacturing in-house with its M1 UAV. 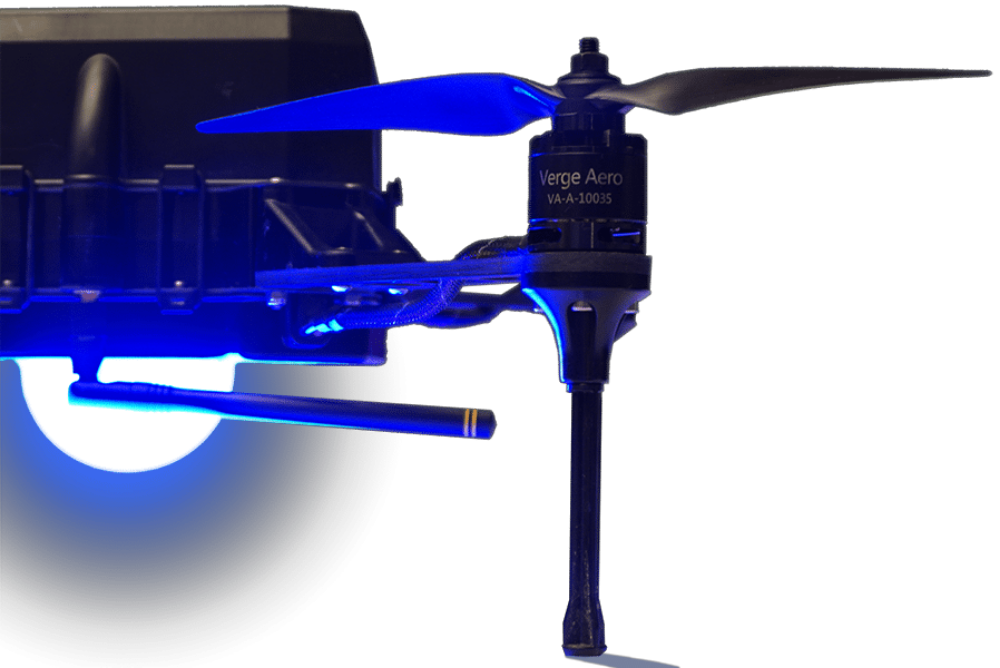 “We wish we could just buy a drone that does what we require,” Thorjussen remarked. “We need to have an integrated light as part of the show, we’re also very safety conscious so we have redundancy and communication technology and the ability to jump where we are in the [radio] spectrum.”

“Some of these entertainment events like music festivals, where you have just loads of cell phones and all kinds of other communication technology being used,” he continued “It’s really important that we can look at the radio spectrum and put ourselves in a place where there’s not a lot of activity in order to ensure that we have reliable communications with the drones. So there are a lot of things that we just have to do ourselves and there really is no option to buy off the shelf.”

The M1 is built to pretty demanding specs. It can fly for up to 20 minutes (really a 15 minute show and some reserve for takeoff and landing) in winds as stiff as 25 mph. Its carbon fiber frame holds a blindingly bright 900 lumen LED as well as multiple radios to ensure the UAV remains in constant communication with the pilot on the ground. But for as complicated as the swarm’s movements are, the drones themselves possess virtually zero autonomy. Their relative locations are monitored by a centralized dashboard rather than the other drones around them and their movements are preprogrammed before lift off. 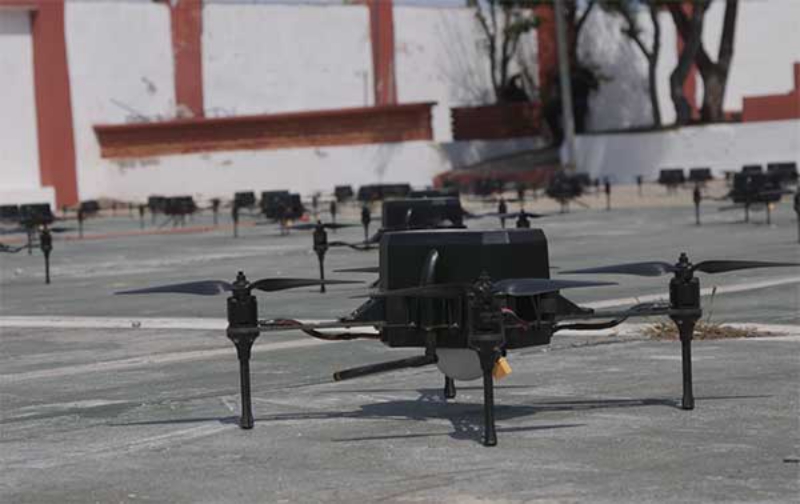 Thorjussen admits that, right now, his company isn’t looking too hard at radically upgrading the drones in the near future, instead preferring to further refine the event production process.

“We’ve really been focused on just trying to make the system as rock solid and reliable as possible,” he said. “It’s really important because everything needs to be scrutinized. We want to continue to make the design tools easier to use and things like that, but I’d say that we’ve made huge strides in the usability of the system.”

“There’s tons of opportunities within the drone space, doing all kinds of different interesting things and what I’m excited about is getting this technology in the hands of creative professionals,” Thorjussen said. “We’ve really just begun to exploit this technology.”