Vietnam, the South-East Asian nation which is also in conflict with China like many other nations including India could be planning to make a very audacious move to upgrade its arsenal. According to reports, the country is planning to convert its retired MiG-21s into combat drones.

The Russian-made aircraft that form the backbone of the Vietnamese and Indian fleet which have been the most accident-prone. The MiG jet in particular has become known as the “flying coffin” in India due to extremely high accident rates.

While the concept of conversion of a fighter jet into an unmanned UCAV is not new, but the programs have not been feasible enough yet to be fielded for combat by any country around the world.

Vietnamese Air Force retired its MiG-21s back in 2010. So far, research has been carried out on how to have the drone (MiG-21) land automatically, VietDefence reported on its Facebook page.

The MiG-21 remains the one of most-produced aircraft ever, which is still in active service by a number of nations since its first flight in 1955. The jets made many records upon its introduction and was the top-most interceptor for the Soviet Air Force, and is still for India in the form of MiG 21 Bisons.

However, converting such an old aircraft into a combat drone could pose an enormous challenge compared to developing a new one altogether, as these airframes lack the modern electronic avionics and systems such as Fly-By-Wire.

These are manually operated aircraft, which require a lot of expertise and skills to fly – and even today these jets are operated by pilots who have gathered a sizeable amount of flying experience.

The MiG-21 has physical actuators that push manual flight controls which makes the task of designing a computer interface difficult and expensive. Even the Russians have not done it who preferred to build new drones altogether. 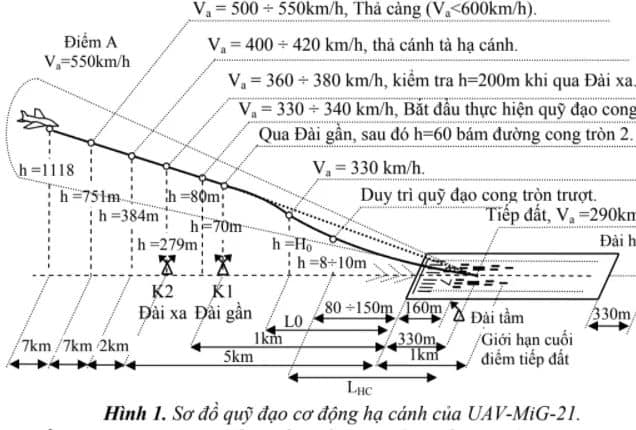 Although now obsolete, the MiG-21s have earned the respect of all aviationists in the world and have left a golden mark in the history of aviation. It marked a milestone, during the Cold War, and frightened the Americans when it first came to service.

It was developed after gaining experience from the MiG-17s and MiG-19s, which were the world’s earliest supersonic fighter jets, developed by the Soviet Union.

Apart from the American QF-16s, there have been recent strides into the field of converting Fighter Jets into unmanned aerial combat vehicles (UCAVs). It was reported that the Indian Hindustan Aeronautics Limited, the state-owned company responsible for building the Indian Air Force’s fighter jets, is working on a similar ambitious project on converting the latest LCA Tejas fighter jet into unmanned variants.

“We have started an internal study on making an unmanned combat aerial vehicle (UCAV) on the Tejas platform. Besides, we are confident about coming up with an unmanned version of Chetak helicopter as well,” HAL Chief T Suvarna Raju told Economic Times.

Such aircraft are used as exercise pairs to train pilots in their dogfighting skills, giving them a more realistic environment than shooting down target drones.

Contrary to popular belief, these planes are not lost in such exercises (at least not very often); ‘as many times these drills feature missiles without warheads. Since the AIM-120 is proximity fused and uses a continuous-rod blast fragmentation warhead, as long as the missile gets close enough to the target it is considered a kill,’ writes Tyler Rogoway writes for the War Zone.