Savage Corp has revealed new details of a missile custom made to stop drone swarms.

Savage Corp, a startup headquartered in Erie, Colorado, takes a different approach to traditional missile-makers. The SAVAGE missile — “Smart Anti-Vehicle Aerial Guided Engagement” – is a low-cost unit made of carbon fiber and aluminium with 3D-printed parts. Initial design took place in 2016 with steady refinement since then. At under two pounds it is less than a tenth the weight of a Stinger. It may not be a suitable for large targets like jet fighters, but it is more than capable of taking down any small drone.

SAVAGE has a solid-fuel propellant rocket motor, giving a speed of around Mach 1 and an effective range of five kilometers. A thrust-vectoring engine gives it the agility to hit small, fast-moving targets.

The most expensive part of any missile is the guidance system, and this is where SAVAGE is revolutionary. Rather than the type of heat-seeking sensor employed in small anti-aircraft missiles since the 1960s, it uses a video camera and commercial electronics

The camera system detects, identifies and tracks objects in its field of view at high speed. At its heart is an Intel INTC -10.6% Movidius Vision Processing Unit , a low-cost AI processor which enables deep learning applications on mobile devices. This is one of a new generation of AI chips with highly-parallel architecture which are driving a revolution is real time visual processing, and have been used on some recent drones. Just as smartphone can learn to recognize your face, a dataset of drone images allows SAVAGE to distinguish targets from birds, balloons or other distractors.

Verini says that the camera system is effective in daylight and low light conditions, but an infrared option is available for customers who want night capability as well. The current warhead is hit-to-kill, giving an idea how accurate it is, but other options are possible.

“We prefer the kinetic impact approach — one missile, one drone — but a potential customer is interested in an explosive payload option for taking down several drones in a ‘swarm’ with one missile,” says Verini.

Launcher concepts include a four-round, bazooka-like weapon for individual soldiers which weighs 15 pounds, and a 64-round vehicle-mounted unit to knock out an entire swarm. Price is a key factor in whether SAVAGE will be procured in large enough numbers, and Verini insists that it will be more affordable than existing missiles. 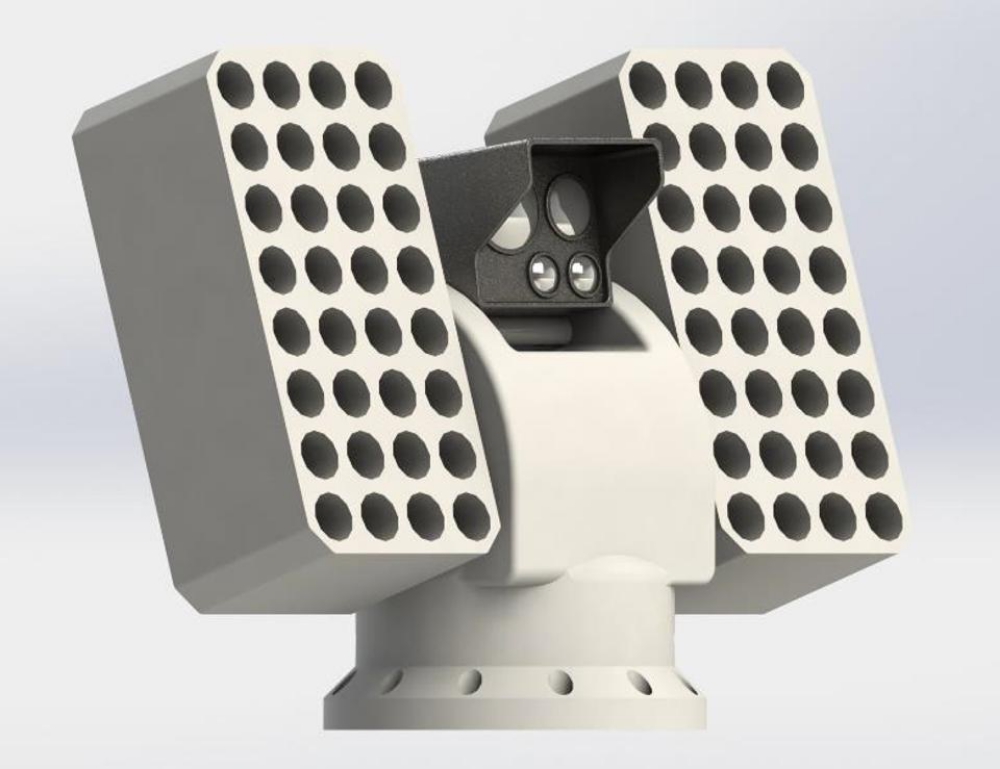 Co-ordination is be an important part of SAVAGE operations, to ensure that each missile targets a different drone in the swarm. Each missile can to communicate with the next via radio, across a range of a few hundred feet. This will be enough to network them all together for effective counter-swarm tactics.

SAVAGE may also be available in different formats. The US Navy has expressed an interest in a smaller weapon which can be fired from existing 40mm grenade launchers, and Verini says they were able to fit their AI vision system and guidance into the grenade format. The 40mm version travels at 300 fps and has a range of up to 400 meters.

SAVAGE will not be a stand-alone system, but would form part of a layered aerial defense. Verini says the launchers can be integrated with any long-range radar surveillance system, which would cue the launcher to the presence, range and direction of threats.

SAVAGE is still very much at the testing stage, but appears to have impressed sufficiently attract considerable attention from industrial partners and military customers.

“We are working with the DoD and several US companies to get to a finished product,” says Verini. He was not able to share an exact timeline.

The small drone threat is evolving fast, with large numbers of drones poised to overwhelm existing defenses. Companies like Savage Corp hope to turn the tide by countering drones with the same low-cost technology that makes them possible.