Use of unmanned aerial vehicles or drones in agriculture is expanding in China at a speed unmatched in other countries thanks to advances in autonomous navigation technology and the presence of competent operators, or pilots, capable of filling gaps between functional capabilities and actual needs.

On a hot day in August in the city of Kaiping in the southern Chinese province of Guangdong where agriculture is extensive, a young man in a straw hat emerged from his house carrying a drone controller under his suntanned arm rather than farm equipment. He is one of an increasing number of local growers of rice and other products introducing drones to plant seeds and spray agricultural chemicals.

Yonghui Agricultural Equipment, a Kaiping-based farm equipment marketing company, is credited with driving the increasing use of agricultural drones because it serves as a sales agent for DJI Technology, a Chinese company holding the biggest share of the global drone market, under a contract signed in 2016. Yonghui also engages in drone-based planting and spraying operations on behalf of local farmers.

“As farmers are unfamiliar with new machines, the use (of drones) has yet to expand enough,” said Chen Xiaoyun, president of Yonghui.

Compared with manual work, a drone can cover over 50 to 60 times the amount of farmland, according to Chen.

DJI is rapidly expanding the use of agricultural drones through tie-ups with companies like Yonghui, in various parts of China. Further, from the start of this year until mid-August, DJI-made drones were used to plant seeds and spray agricultural chemicals on some 330,000 square kilometers of farmland worldwide, or roughly equal to 90% of Japan’s national land area. 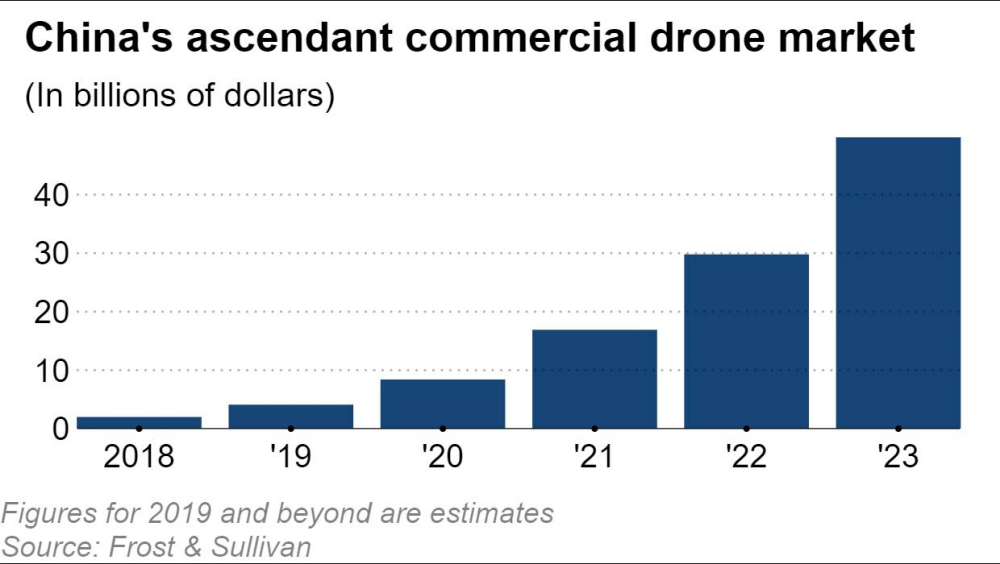 Global shipments of agricultural drones this year have already topped those in 2019 thanks to strong demand in China.

In addition to DJI, other Chinese companies are reinforcing their presence in the market for industrial drones. While XAG is developing markets for agricultural drones in China and other countries, Ehang is stepping up research and development programs for application to logistics and passenger services.

The drone industry is growing rapidly in China under government leadership. The Ministry of Industry and Information Technology announced a policy in 2017 of working out rules for management of flights and maintenance and set targets for producing 60 billion yuan ($8.92 billion) worth of drones in 2020 and 180 billion yuan in 2025.

In 2019, furthermore, the State Council, synonymous with the central government, designated drone pilots as a new category of occupation.

Drone pilots currently fill gaps between technological levels feasible at present and functional capacities required at workplaces. Although drone manufacturers are promoting the development of autonomous flying technologies, they have yet to offer self-flying machines fully capable of coping with complicated terrain such as those with many obstacles to flight. 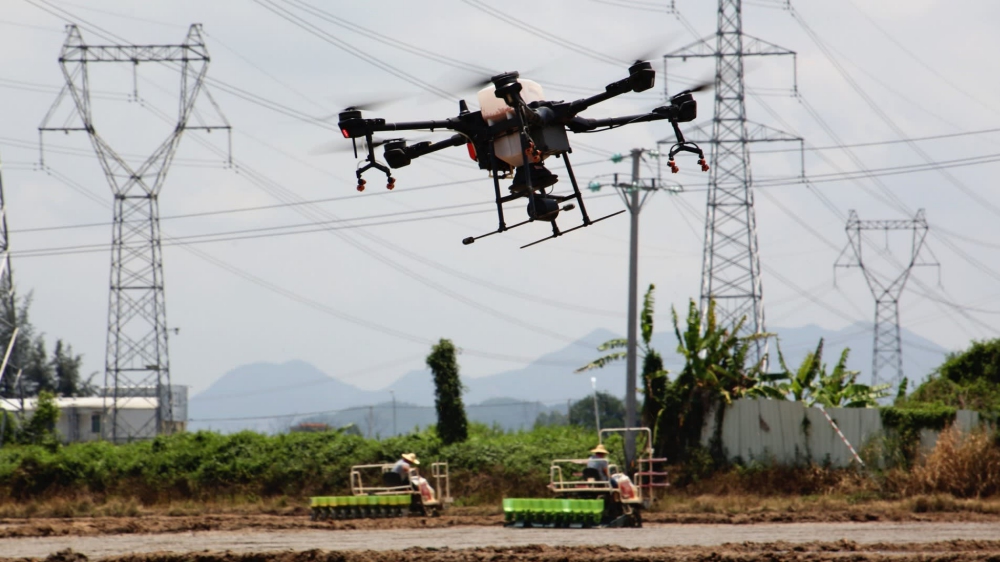 Given the substantial time needed to input terrain and other information for autonomous flying over complicated landforms, manual manoeuvring can save time in many cases.

A 26-year-old Yonghui pilot joined the company four years ago after drifting from job to job, including a stint as a cook, because of his drone-flying hobby and a pay increase of about 20%.

There reportedly are hundreds of thousands of drone pilots like him in China.

The global market for commercial-use drones will rapidly expand from $3.7 billion in 2018 to $103.7 billion in 2023 and China will command half of it, according to a forecast by American research company Frost & Sullivan.

Even thought the user-friendliness of existing drones has yet to be improved, Chinese manufacturers continue to boost shipments as pilots make up for functional shortfalls. It may be impossible to stop the Chinese drone industry from continuing to fly high under the emerging positive updraft supporting the industry.