Under the terms of this five-year agreement, Aquiline Drones will take over the global production of two popular and proven drones from Drone Volt’s suite of products, including the Hercules 2 and the highly coveted, Altura Zenith. Aquiline Drones will also be the sole manufacturer of the Pensar smart camera, a multispectral sensor, complete with artificial intelligence and edge computing capabilities.

Further to this collaboration, Aquiline Drones will be the exclusive provider of the Hercules 2, Altura Zenith and the Pensar in the United States, thus filling a much-needed gap in American-made drone products and systems.

Aquiline Drones will be responsible for all CAPEX and OPEX investments and will also be solely responsible for the manufacturing. In return for the know-how and 5-year exclusivity in the USA, the American company will allocate 10% of its revenues from the aforementioned products with a monthly minimum of 100 000 USD, as of today. These royalties will be increased by 10% every year, until the end of 2025.

“Being unable to travel with our team of engineers and technicians, we have implemented an online training course for all steps of the production process, as well as the flight tests which will be operated from our Headquarters in Paris-Villepinte.”

Furthermore, the contract stipulates that Drone Volt will be allowed to use Hartford’s production facility, with a maximum of 25% of the production capacity, to meet its clients’ demands outside the USA. The goal is to obtain competitive production costs as well as products labelled ‘Made in USA’. This asset will provide an unprecedented production facility for both parties, in the USA as well as Europe, specifically following the recent ban from the Department of Justice prohibiting the use of foreign drones not entirely manufactured in the USA . This trend could be followed by other countries.

Finally, as indicated in the LOI signed in last August, the contract indicates that both parties would like to exchange 10% of their share capital at market value. This last suspensive condition will need to occur prior to the 30th of January 2021.

“We are delighted beyond measure for this aptly timed and mutually beneficial union with Drone Volt,” said Barry Alexander, CEO and founder of Aquiline Drones. “While we have been in operation for just under two years, we spent almost four years incubating this idea of making Hartford ‘Drone Central’ and the State of Connecticut the ‘Drone Capital’ of the US. Our partnership with Drone Volt has catapulted us to the front of the line with world-class design and unmatched capabilities in the commercial drone space.”

“This contract is a historic step for our group as it turns the largest market in the world into an important profit sector. Over the last months, we have created a strong relationship with the Aquiline Drones’ team, which could lead to additional contracts in the future,” said Sylvain Navarro, CFO of Drone Volt. 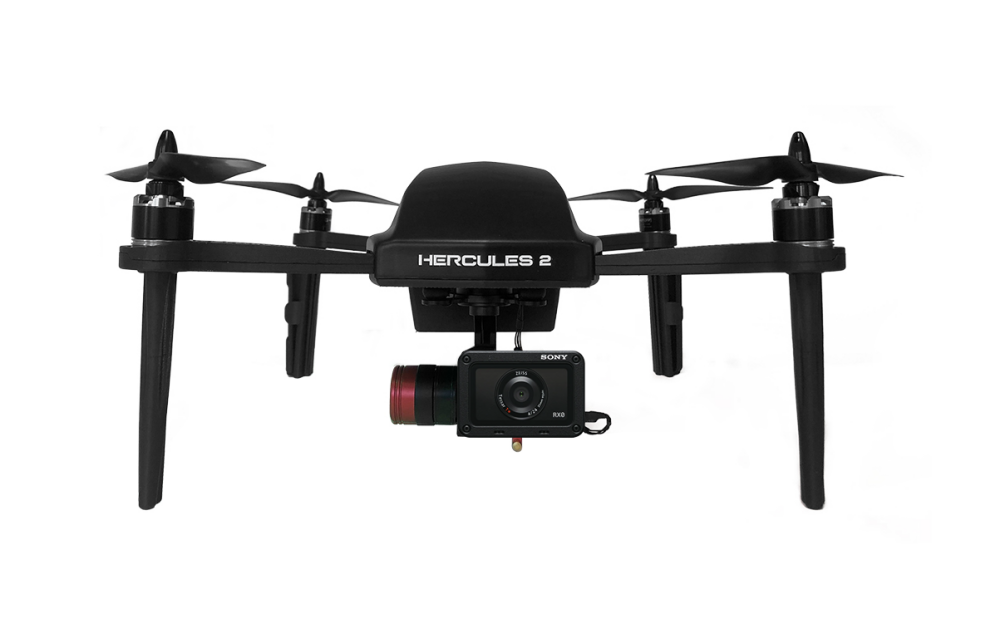 The new development comes on the heel of the US Department of Justice’s (DOJ’s) announcement on October 9th, that it has officially banned the use of DOJ funds to purchase or operate any drone from ‘covered foreign’ countries. China is estimated to originate more than 70% of the global share of commercial-off-the-shelf (COTS) drones. This development paves the way for US-based manufacturers of drones, such as Aquiline Drones, to enter an industry growing at 13.8% annually with a potential market of $127 billion.

“Being able to fill the national UAS void with competitively-priced, American-made drone products and supporting 100% US supply chain is a must – we are extremely proud of this achievement,” said Retired General Brooks Bash, Chief Strategic Advisor at Aquiline Drones. “What started as a casual conversation between our companies has quickly morphed into a close collaboration of synergies to address the needs of an extremely underserved market worldwide and, principally, in the United States.”

As part of the terms of the deal, both companies will exchange 10% of each company’s ownership with the other, an arrangement scheduled to be completed before year-end 2020.

“We believe an exchange in equity strengthens our commitment to each other to ensure we do what we can to move both brands forward optimally,” noted Alexander. “Our partnership with Drone Volt, as a publicly-traded company in Europe, will ensure robust and steady growth for its shareholders, while allowing us at Aquiline Drones access to years of cutting-edge research and development in UAS technology. This union makes both companies more potent than the sum of our parts, allowing for a US-based provider of commercial drone solutions both at home and abroad.”