Inspired by swarms of insects, the concept for swarming drones has already been recognized by the UK Ministry of Defense as a potentially game-changing future technology. Following a rapid cycle of development which saw the RCO and Leonardo’s engineers working closely together with UK SMEs Callen Lenz and Blue Bear, this live trial of the concept conducted by UK Armed Forces represents a key step towards proving an autonomous swarming drone capability.

During the demonstration, a number of Callen Lenz drones were equipped with a modified Leonardo BriteCloud decoy, allowing each drone to individually deliver a highly-sophisticated jamming effect. In addition, the decoy packages were programmed and navigated to work collaboratively to cause maximum confusion. They were tested against ground-based radar systems representing the enemy air defense emplacement. A powerful demonstration was given, with the swarm of BriteCloud-equipped drones overwhelming the threat radar systems with electronic noise.

The information gained from the demonstration will be used to inform potential future UK programs to acquire an autonomous swarming drone capability. 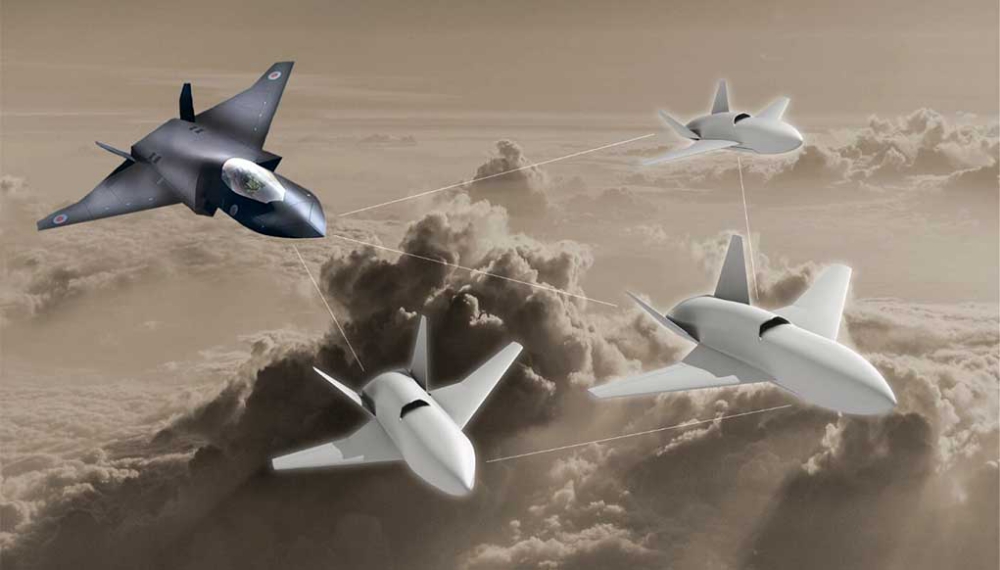 Leonardo’s BriteCloud, which was originally developed as a high-tech protective decoy for combat jets, went into service with the RAF in 2018, marking another world-first for Leonardo and the RCO. Known generically as an Expendable Active Decoy (EAD), each BriteCloud round can individually mimic the radar signature of the aircraft it is launched from, causing threat radar systems to track the drinks-can-sized decoy rather than the aircraft itself. The only product of its type now available worldwide, BriteCloud is available for UK allies to order and is currently undergoing evaluation by US Armed Forces.