Geely, the Chinese car manufacturer’s latest vehicle is an electric drone. The X-Chimera 25 is built by Chinese drone maker AOSSCI. The start-up recently merged with US-based flying car developer Terrafugia, which Geely acquired in 2017 The resulting joint venture, known as Aerofugia, hopes to eventually introduce a hybrid car that travels on the road and flies like a plane.

Geely’s new product hasn’t gone that far yet. Rather than chauffeuring passengers, the heavy-lift drone is designed to carry a payload of up to 6kg. Like most consumer drones, it runs entirely on electricity.

Even more remarkable, though, is the flight time. The winged aircraft needs just 1.5 hours to charge the battery and supports up to 6 hours of travel. That’s significantly longer than the flight time of many lighter civilian drones, which typically rely on rotors powered by smaller batteries, lasting less than 30 minutes in the air. 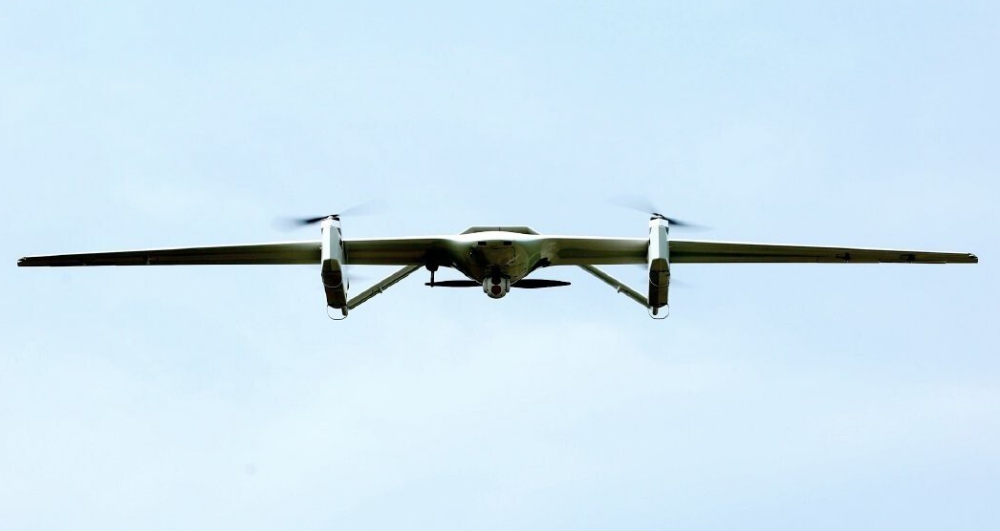 While the drone’s wingspan is longer than 5 metres, the vehicle can be dismantled into smaller parts that fit inside a box. During a launch event on Tuesday, Aerofugia representatives were able to put together the drone piece-by-piece in just over a minute using only their hands.

Chief scientist Guo Liang said the box is small enough to fit in the back of an SUV.

The drone is already already being used by police in the central Chinese city of Yongcheng, according to Aerofugia. It’s being deployed to patrol highways and riverways. The company said the drone can also be used for emergency rescues and safety inspections.

Geely was the bestselling domestic car brand in China last year, according to Car Sales Base, a website that tracks global automotive sales. Founded by the owner of a refrigerator manufacturer, Geely didn’t receive government permission to produce cars until 2001.

Nine years later, it bought Sweden’s Volvo from Ford Motors in a deal that pushed Geely into the global spotlight. It went on to acquire the British sports carmaker Lotus, as well as the manufacturer of London’s iconic black cabs. It also owns a stake in Daimler, the maker of Mercedes-Benz.

Besides car manufacturing, Geely has also invested in a variety of transport projects. It owns Caocao, an online ride-hailing platform in China that started a trial in Paris earlier this year.

Geely is working on self-driving cars, as well. To provide them with high-speed internet and navigation, the company said it’s spending more than US$300 million to launch its own satellites by the end of the year.