Following a joint R&D program led by the Directorate of Defense Research and Development (DDR&D), in the Israel Ministry of Defense, with drone developer, XTEND, and the Combating Terrorism Technical Support Office (CTTSO), of the U.S. Department of Defense, an operational pilot program has been launched employing Sparrowhawk drones in the defense of U.S. Special Forces.

The program has produced a drone system with a remote immersive interface that protects troops from various inbound aerial threats – particularly drones.

As a result of the close cooperation between the institutions involved, the system has been developed in accordance with concrete operational requirements. As such, following a year of R&D and various tests, the CTTSO decided to launch an operational pilot program, testing and validating the system’s capabilities in the field. As part of the pilot program, several dozen Sparrowhawk systems will be employed by U.S. troops.

Using an AR device and single-handed controller, a military operator may employ the Sparrowhawk system to control the drone and perform complex tasks remotely, with great ease and precision. Its interface enables the operator to immerse themselves or “step into” a remote reality and engage targets effectively yet safely. With minimal training and no expertise required, troops enjoy a full sensory situation assessment and may utilize C-UAV net payloads in the battlefield. The system’s capabilities have been demonstrated in Israel, with confirmed interceptions of incendiary devices flown over the Gaza border by terrorist organizations.

This operational pilot program is the first step towards the widespread deployment of smart systems to Special Forces, enabling them to perform complex tasks in the modern battlefield, while minimizing risk. It is also one of the most significant and successful areas of cooperation between the DDR&D and its American partners, highlighting the crucial and extraordinary relations between our respective defense establishments.

“This joint activity implements novel technological capabilities taken from the field of AR (augmented reality), and the from world of gaming,” said Head of the UAV Branch in the DDR&D of the Ministry of Defense, Lt. Col. Menachem Landau. “It enables the troops of both nations to employ intuitive, battle-proven and precise systems follow a minimal training period, and to engage hostile flying objects such as drones. We look forward to expanding our collaboration with our partners in the CTTSO of the U.S. Department of Defense, in developing advanced technology protect troops and enhance operational capabilities.” 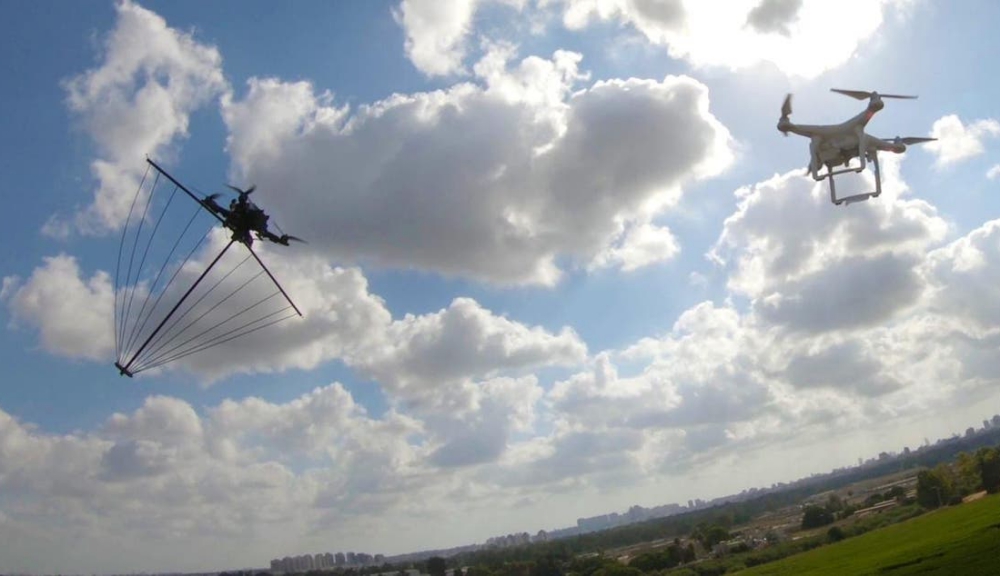 “We have established amazing partnerships in the development, and fielding this product for the operational end user,” said XTEND CEO, Aviv Shapira. “The Sparrowhawk is one of the world’s most advanced C-UAS Hard Kill solution, and the XTEND team is thrilled at the opportunity to deploy our systems in operational missions – and to protect the lives of both US & IDF combat soldiers.”

Xtend has recently reported over $10 million in revenues since its launch. The company develops the software allowing remote control over the drones and the technology controlling the interface with the drones themselves. The firm produces the drones in Israeli factories, but will soon start producing them in the U.S. as well.

“The system’s capabilities have been demonstrated in Israel, with confirmed interceptions of incendiary devices flown over the Gaza border by terrorist organizations,” the company said in a press statement Tuesday. Israel’s Defense Ministry reported this in the past, writing that: “The interface allowed the user to feel the area through the ‘eyes’ of the drone, experiencing the event as if the operator was in the drone, without risking their life.”