Israel Aerospace Industries has introduced MultiFlyer, a UAV squadron of small unmanned helicopters that can fulfill a large range of non-military tasks. MultiFlyer provides advanced monitoring capabilities for large areas and is based on commercial, off-the-shelf helicopter UAVs from Alpha Unmanned Systems integrated with components from IAI and several Israeli startup companies.

The command and control system was designed by Simplex and the area scanning technologies are powered by Sightec. Use cases include disaster area monitoring, guiding rescue units in lifesaving missions, traffic control in mass events, securing sensitive facilities, police enforcement, and surveys of large agricultural or marine areas.

MultiFlyer transforms what would otherwise be several isolated UAV missions into a cloud of information. MultiFlyer can be activated from a tablet or smartphone that serves as a single point of control of several synchronized missions including automated takeoff and landing, flight routes, mission management, and others. The system network connection is secured to allow usage by several simultaneous users. The MultiFlyer system can be used with different types of UAVs and drones as well as carry different types of payloads.

“IAI is a leader of trailblazing technologies with UAV experience spanning 50 years and we are constantly seeking additional areas in which we can invest our R&D capabilities. MultiFlyer is a significant milestone in this respect and we anticipate more developments in this field.”

“Alpha is delighted to be the platform of choice for this world-leading initiative. Reliable and versatile platforms that can fly at least 90 to 150 minutes are essential for a variety of missions. Alpha helicopters make many more missions possible and it is an honor to support IAI.” 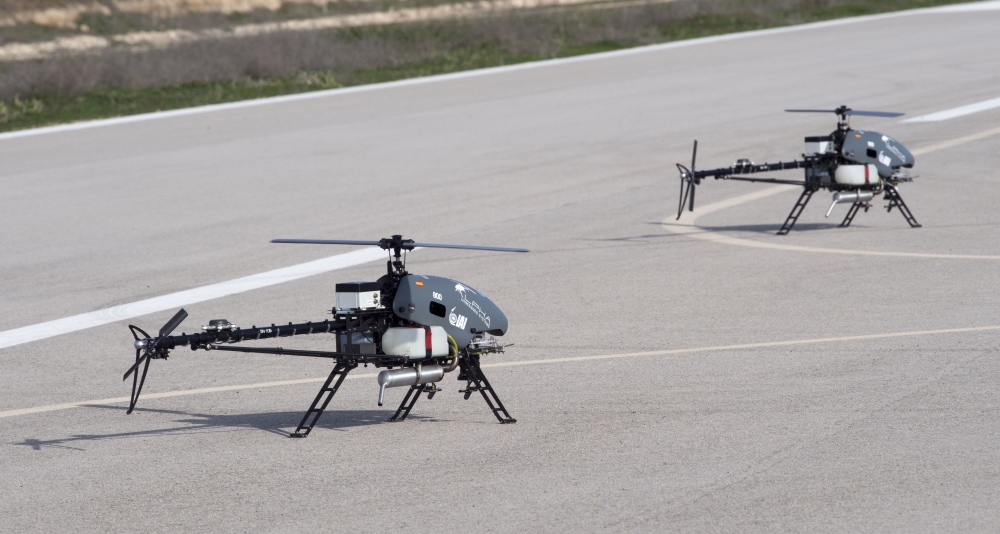 “Simplex is proud of our collaboration with IAI to develop this system. The command and control system, known as the Flightops, is designed to enable the control of a large number of UAVs autonomously and allow the operator to focus on the mission at hand.”

“Sightec is a leading creator of AI-powered optical scanning solutions for autonomous systems. The use of our technology as part of the MultiFlyer UAV system enables the autonomous and efficient scanning of large areas of territory.”