From a recent patent filed by Disney Enterprises, Inc., it seems Disney may be looking to take their stage shows to new heights with the help of drones.

According to the patent’s abstract description, it’s described as “an aerial show system for leveraging downwash and other forces to use an unmanned aerial vehicle (UAV/drone) as a creative element in a show.” 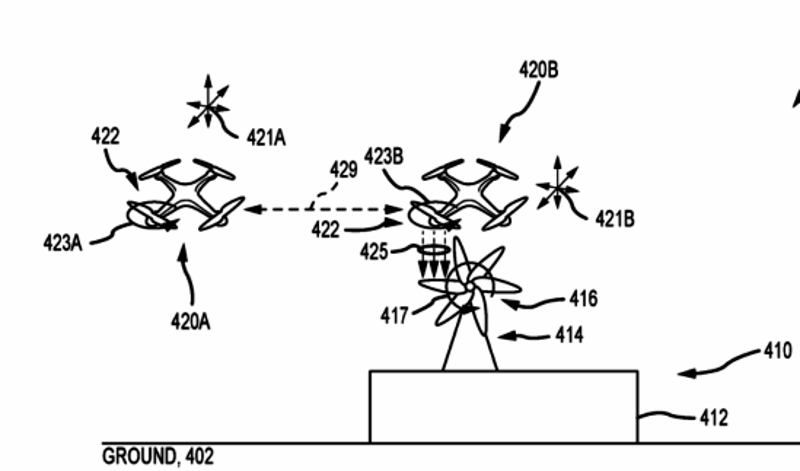 The patent also states that this show system would include a spinning propeller or fan on an object carried or tethered beneath the UAV’s (drone) body. The movable component (showpiece) wouldn’t move on its own as it would rely on the movement of the drone to give it “actuation or animation.”

The patent goes on to discuss how there is a strong demand for new ways to provide shows or displays in the sky and this system could be an answer to this demand. The patent also mentions that those looking for this type of entertainment are not only found in theme parks but also on cruise ships. 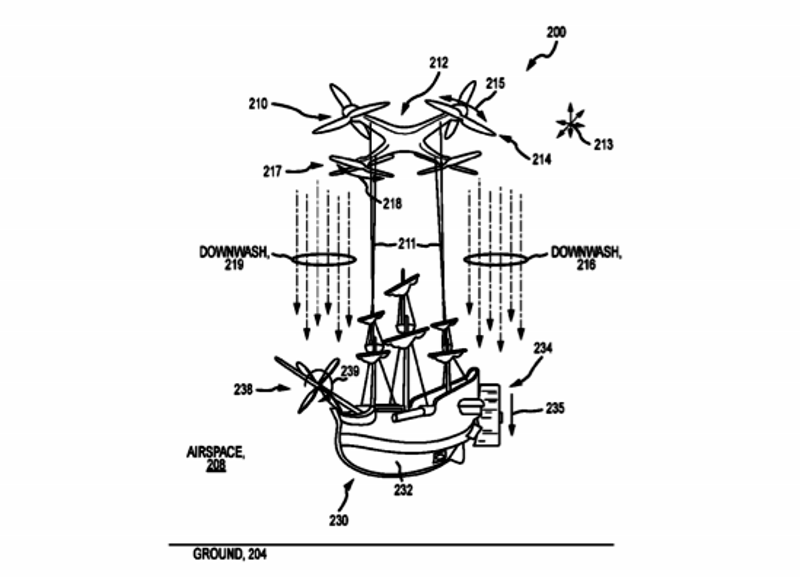 The patent argues that many current sky-based shows have relied on systems that were positioned entirely on the ground. Examples mentioned include fireworks or other pyrotechnic shows involving launching show components in a choreographed manner, timed with a soundtrack.

At this time, the use of this design is not known. Additionally, it’s also worth mentioning that Disney has filed many patents for technology they’ve never used.

Source: Inside The Magic