At 8 am on August 21, a large drone took off from Ningxia and arrived at the destination airport in Inner Mongolia nearly an hour later. This marks that SF Group’s large-scale UAV has achieved a complete success for its first cargo flight based on business scenarios. This is also the first time that large UAVs have been used in logistics scenarios in China.
It is understood that the large-scale UAV that was put into trial operation that day was FH-98 developed by SF Express and Aerospace Times.The maximum take-off weight reaches 5.25 tons. It is currently one of the largest UAVs in China . It has a large load and a large cargo compartment suitable for freight.FH-98 also has the advantages of short take-off and landing distance and fast cruising speed . It can easily radiate regional hubs to surrounding cities, greatly improving the efficiency of feeder logistics. 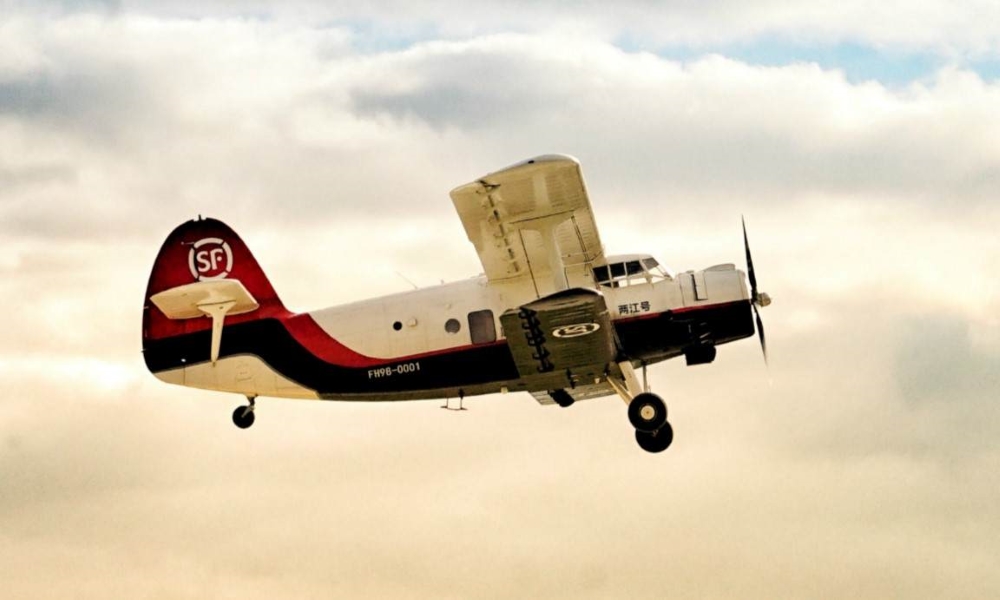 The FH-98, which flew for the first time this time, was formerly known as the Yun-5-B transport aircraft.It has a maximum load of 1.5 tons, a maximum volume of 15 cubic meters, a flying altitude of 4500 meters, a maximum range of 1200 kilometers, and a shortest take-off and landing distance of only 150 meters. It can cross the cloud at a cruise speed of 180 kilometers per hour. Efficiently complete transportation tasks. It is the domestically-made commercial UAV with the world’s top load capacity.SF Express established its subsidiary Feng Bird Airlines in 2017 to take full charge of large-scale drones. In 2020, it received a strategic investment from Chongqing Liangjiang Aviation Investment Group. Under the strong alliance between the two parties, Feng Bird Airlines plans to adopt FH-98 as the representative The application of large-scale drones in logistics scenarios is gradually expanding.

Compared with traditional manned aircraft, large UAVs not only retain the original speed advantage, but also greatly reduce operating costs in terms of model design and fleet operations , even reaching the same order of magnitude as trucks .

In the future, the application of large-scale drones in logistics scenarios will open up new aviation logistics channels for domestic trunk and branch lines, effectively solving the problems of inconvenient logistics and transportation in remote areas and low transportation efficiency.

Facing the increasing demand for the transportation of fresh agricultural and sideline products, medical supplies and other high value-added goods, as well as the government’s emergency transportation needs, SF Express will further accelerate the improvement of the layout of regional aviation, and strive to build a “large manned transport aircraft + large branch drone + The three-segment air transportation network of “end-projection drones” provides customers with efficient, convenient and wide-coverage transportation services.

Take off from Ningxia
Break through ground restrictions and open up a new scene of logistics transportation
Up to now, Fengniao Airlines has successfully approved 9 routes for scientific research flight and business test. It is also very particular about the choice of the first flight location for this scenario flight.Ningxia is located in the northwest and has a flat terrain. The region has a temperate continental arid and semi-arid climate, with a small population, fewer flights, and a large number of navigable airports. It is very suitable for the early operation of new aircraft.In terms of business scenarios, Ningxia’s rapidly growing beef and mutton, fresh dates, fresh wolfberry and other high-value and time-sensitive products are also very suitable for the target market of large drones.

Coupled with the Ningxia government’s encouragement of innovative technologies and strong support to the aviation industry, since March this year, large drones of Feng Bird Airlines have been stationed in Ningxia one after another.

Since entering Ningxia in 2008, SF Express has rapidly developed its business. Currently, it has more than 2,500 express employees, 28 operating branches and 134 business outlets.

Relying on the main line of Ningxia’s supply-side reform, and the upward trend of agricultural products and the downward trend of industrial products, they have made great contributions to the economic development of Ningxia.

Prior to this, SF Express had already tested the small drones delivered at the end.Through the “flying courier”, we successfully injected huge potential energy into the picking and transportation of many agricultural projects such as Ganzi Matsutake and Wenzhou Yangmei; especially during the special period of the epidemic, SF’s drones operated for 32 days, flying more than 3,000 sorties and flying mileage. Nearly 13,000 kilometers, transporting more than 11 tons of materials, played a huge role in escorting the transportation of materials.
As a giant in the domestic logistics industry, SF Express has been exploring the field of unmanned aviation logistics for many years.As early as 2012, Wang Wei, chairman of SF Express, put forward the concept of UAV logistics; since 2013, SF Express began to carry out the construction of UAV logistics in various ways such as joint ventures, investment, and self-research.In 2017, SF Express officially established Fengniao Airlines, aiming to use intelligent aviation technology, with professional capabilities and innovative thinking, to integrate global high-quality technology and capital, to gather a team of leading talents in the drone industry, and to cooperate with national, local governments and industry stakeholders. Jointly build a drone ecosystem and promote the rapid development of the drone industry.

Explore airworthiness compliance
Unlimited possibilities of large commercial drone applications
In recent years, with the continuous development of drone logistics, the scene of express delivery “falling from the sky” has gradually entered the public eye, and more and more companies have invested in the field of unmanned aviation logistics.Since the Civil Aviation Administration formally responded to Fengniao Airlines’ application for trial operation of a series of feeder logistics drones in February this year, the FH-98, the main model of SF’s large drones, immediately carried out a series of running and The flight test is fully prepared for the flight in the business scenario.
Industry insiders said: Through this transition test flight, the applicability of the FH-98 UAV system to branch logistics scenarios has been fully verified, and the FH-98 UAV system’s compliance with some airworthiness standards has also been initially verified. It laid a good foundation for the subsequent full entry into commercial operation.Source: Press Release (translation by Google)