With support from Naval Air Systems Command (NAVAIR), Near Earth Autonomy and Kaman Aerospace have partnered to develop an intelligent autonomy system for the K-MAX helicopter, a large-scale transport aircraft capable of lifting a payload of 6,000 pounds.

The capability developed will be broadly applicable to large aircraft that can take off and land vertically with a large set of commercial and military applications.

In 2014 Near Earth worked with the Office of Naval Research to develop a package of
sensors and software for testing autonomy on a full-scale helicopter in the Autonomous
Aerial Cargo/Utility System (AACUS) project. Implementation of the technology has
continued on small and medium-sized vehicles, under the Joint Capability Technology
Demonstration (JCTD) military program. Near Earth’s continued work on large-sized
transport aircraft builds on past expertise, demonstrating that one architecture can work
well across a wide range of different aircraft types and sizes.

Near Earth’s sensor package installed on the K-Max

Using sensors and computing onboard, the aircraft can sense its environment to make real-time flight decisions such as deciding to fly around objects in the flight path and selecting clear places to land or to drop off cargo. Applications for safe autonomous aerial logistics include the efficient movement of military supplies, patients, and Warfighters. Autonomous large-scale heavy transport also enables commercial applications for delivery and urban air mobility.

Environmental awareness is essential for the vehicle to be able to avoid obstacles and complete autonomous missions safely and efficiently. The graphics below show the autonomy system’s awareness of the physical world around it. 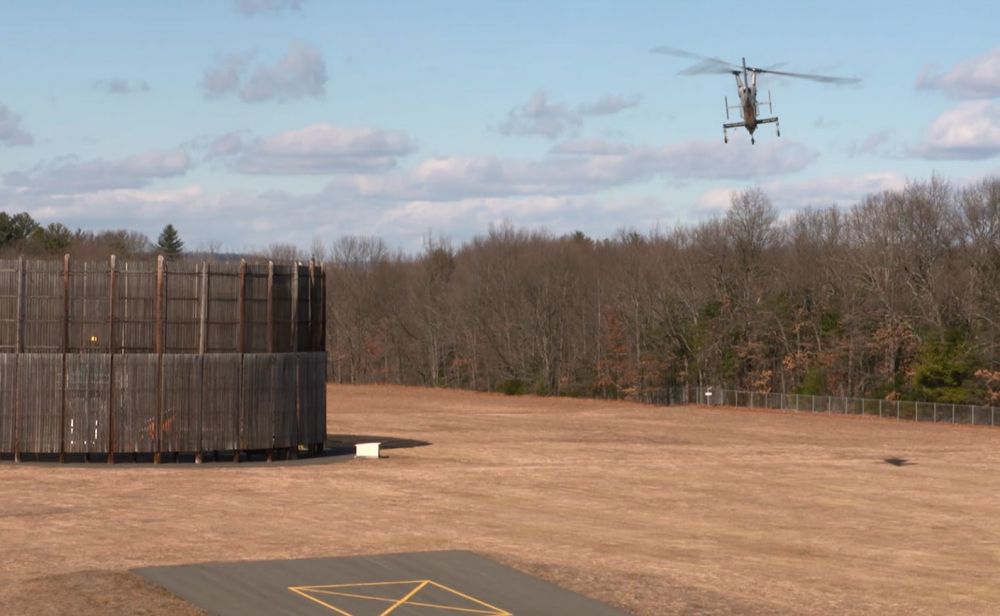 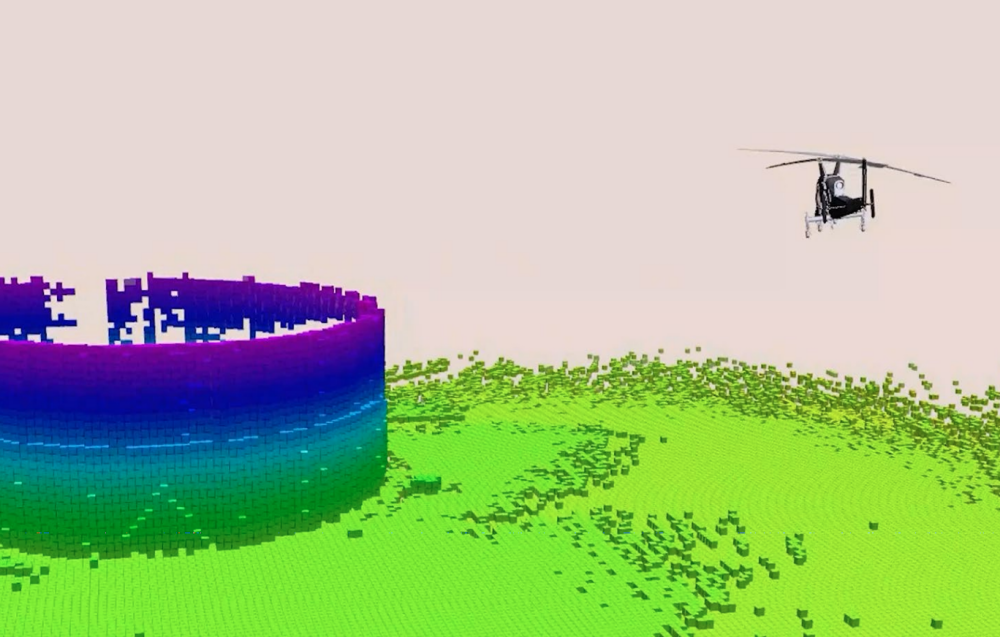 Real-time reconstruction of the structure 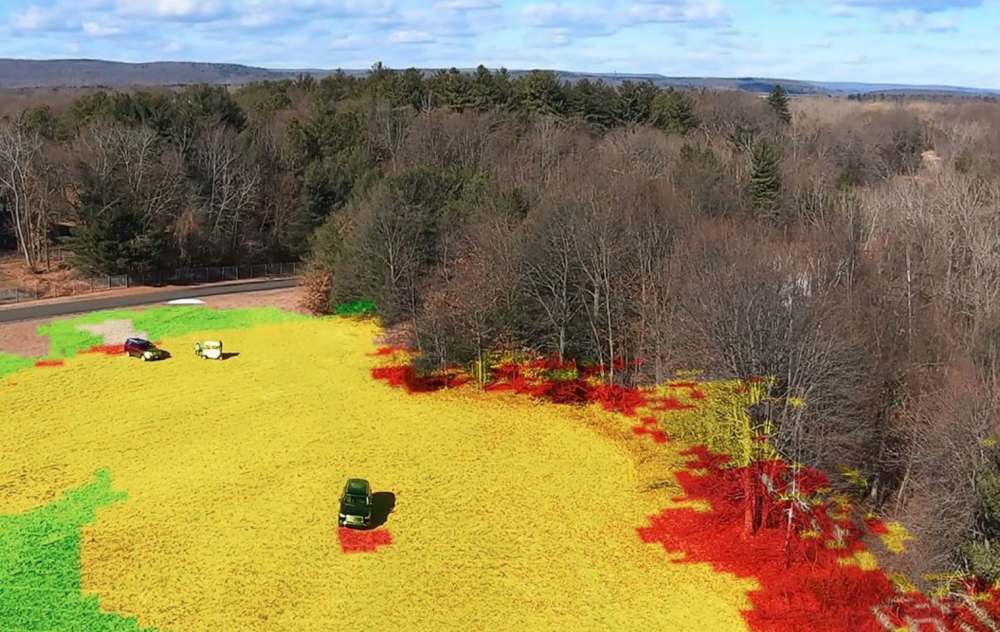 “Our past efforts laid a strong foundation for solving complex autonomy challenges for small, medium, and large vehicles. Thanks NAVAIR Public Release 2020-586. Distribution Statement A – Approved for public release; distribution is unlimited. to our dedicated team, partners, and sponsors, we are moving from the art of the possible to the art of the practical and in specific, to making autonomous flight safe, efficient, and robust enough for daily operation. This program will serve as an important milestone in making autonomous logistics a reality.”