A group of fishermen of Talapada, a nondescript village in Balasore district, were in for a pleasant surprise after netting a prized catch, an unmanned aerial vehicle (UAV) flight tested from the Integrated Test Range (ITR), about 20 km from the place.

The British-made target drone Banshee was caught by fishermen who had gone fishing into the deep sea. They were taken by surprise when the target aircraft fell on their net when they were preparing to collect fish.

“We had cast nets in the sea for our daily catch. The mini aircraft fell inside. For a moment, we thought it would destroy our net. We slowly dragged the heavy metal object towards our motorised boat and brought it to the shore,” said a fisherman.

He said they would hand over the UAV to officials of the test range once they arrive.

Developed by Meggitt Defence Systems, Banshee is an aerial target for surface-to-air and air-to-air weapon systems. The aircraft is designed to float for overwater operations recovery. Its installable options include radar enhancement devices and target sleeves. It can simulate a sea-skimming missile or serve as a scouting UAV with a camera.The drone’s length is about 2.84 m, wingspan 2.49 m and height 0.86 m. It weighs around 73 kg. Travelling at a maximum speed of 200 km/hr, it can fly nearly 75 minutes with a service ceiling of 23,000 ft.

Defence sources said the drone was flown as part of a radar calibration exercise of Indian Air Force (IAF). The IAF officials usually flight test target drones to calibrate it with the radar on fighter aircraft before going for an actual launch of an air-to-air missile. 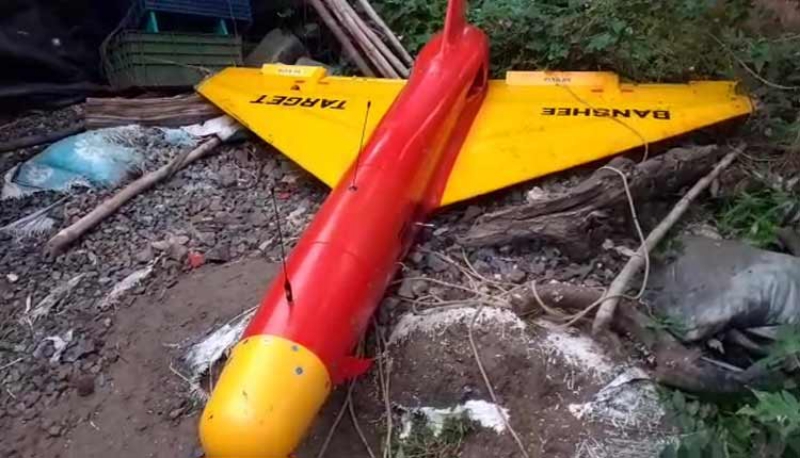 Meanwhile, ITR Chandipur director Binay Kumar Das said that the testing was a routine exercise carried out by the Indian Air Force and there was no need to panic.

“It was a schedule exercise by the Indian Air Force at Chandipur. The remotely piloted target aircraft is called expendable aircraft which means after use it is disposed of into the water. It is only an empty fibre body. So usually we do not recover it.”

“We learnt that some fishermen have found it and brought it to the shore. There is no harm in it and no need to worry as it was part of a routine exercise,” he said.

Speaking about the objective behind carrying out such trials, Das said, “We carry out such exercise to check our capabilities in destroying the enemy targets when the fighters used by Indian Air Force go into war.”