FIRST iZ (pronounced ‘eyes’), a patent-pending unmanned aerial system (UAS) allowing drones to be dispatched autonomously by 911 operators, announced that it has partnered with Tyler, TX-based KnackForge to create control systems hardware and software for its FIRST Port and its launch ecosystem.

Through this strategic partnership, KnackForge handles the details involved with safely and successfully launching a UAV (drone) from a smart hangar, or port, that keeps the UAV charged, and ready to fly within seconds of a known need. This involves bringing together power and control hardware with software to remotely manage all scenarios that may occur. 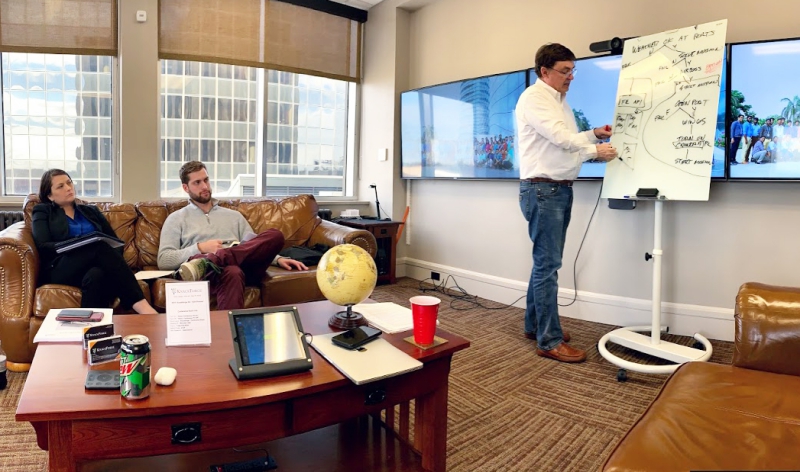 KNACKFORGE, founded in 2011, is headquartered in Tyler, Texas, employing development teams worldwide. KnackForge President and CEO, Jeff Strout, has over three decades in the tech world. Along with other Tyler tech minds, he brought the first Internet services to Tyler via a company he co-founded called Internet Tyler. That company went on to be acquired by larger cable operators, and Jeff maintained operations via leadership positions for a number of years before returning to his entrepreneurial roots. He has designed and built microcircuits and giant nationwide networks. Jeff has served as an advisor to FIRST iZ since its inception and has recently taken on a leadership role within the company.

“We are thrilled to partner with a person who is not only the most detail-oriented person I know, but also a longtime friend,” said Phil Burks, founder of FIRST iZ and CEO of The Genesis Group.  “We are creating new things together every day and KnackForge excels at beyond the box thinking that makes it possible. Everything they do enables our collaboration to be a perfect recipe for success.”

“FIRST iZ is something we believe in, first because the story of how it will save lives is so compelling,” added Strout. “We are leveraging our best teams working on both embedded systems interfacing with industrial control hardware and cloud-based systems to offer high availability for first responders.” 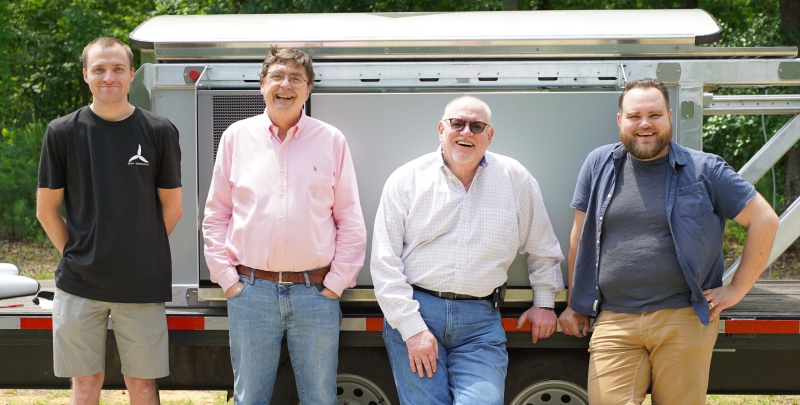 The newest FIRST iZ UAV models include a folding-wing hybrid Vertical Takeoff and Landing (VTOL) drone, capable of 90-minute flight times and upwards of 75 miles per hour flight, designed to cover large distances and to be deployed to incidents as fast as possible.

The second model is a quiet quadcopter, with a 1-hour flight time, designed for surveillance use, or times when hovering for extended periods is needed. FIRST iZ envisions deploying to over 3,000 municipalities in the next seven years, saving time and saving lives.