The CIA’s Project Aquiline was a drone with a ten-foot wingspan which would carry out spy missions deep into the Soviet Union. The CIA has declassified a new stash of documents about the project from the early 1970s, revealing among other things, plans to fit nuclear propulsion and have it operating out of the celebrated Area 51.

Project Aquiline never became operational, for reasons which we will explore. But, as the CIA notes in a preface to the new release, “the concept proved invaluable as a forerunner to today’s multi-capability UAVs [Unmanned Aerial Vehicles].”

The project originated in the 1960s. After the shooting down of Gary Powers U-2 spy plane over the Soviet Union, manned flights were becoming politically too risky. Satellites could peer over the Iron Curtain, but only provided grainy long-range photographs. What was needed was a small, unmanned aircraft for strategic reconnaissance from close-up.

The solution was a propeller-driven drone disguised as a soaring bird. From a distance, it was indistinguishable from an ordinary vulture of buzzard.

“It is small, flies low and slow, having small visual, acoustic, and radar observables; can outfox defenses rather than overpower them,” according to a 1968 CIA briefing included in the latest trove.

The hardware was built by McDonnell Douglas, with at least five prototype drones being built and tested.

Being inexpensive, ‘inoffensive’ and unmanned, Aquiline was seen as being more politically palatable than manned aircraft and would not provoke the same reaction as a potentially armed warplane flying over another country. Its stealthy approach means it “would penetrate with relative impunity thousands of miles into denied areas such as the Soviet Union, Red China, Cuba, etc.” 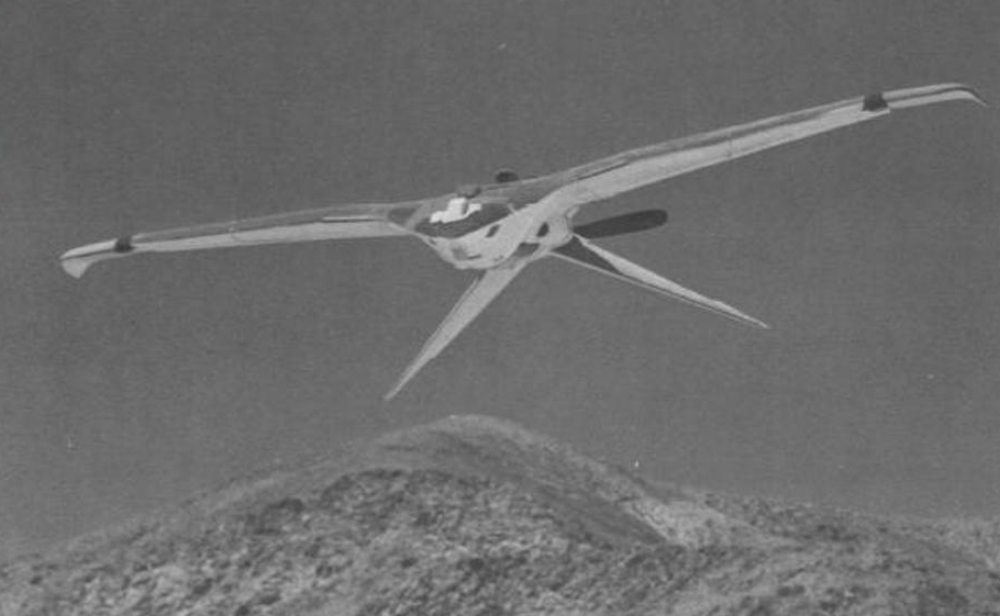 Project Aquiline was intended to carry a variety of payloads for up-close reconnaissance of sensitive sites. As well as photographic and infra-red cameras, it could be fitted with gear for electronic intelligence – picking up details of radio and radar emissions, for example locating air-defense radar – and communications intelligence, eavesdropping on Russian radio traffic. Data would be sent back to a central controller via a relay aircraft, now revealed to be a C-47. The drone would be recovered mid-air by helicopter, a technique already in use by then in Firebee drone operations over Vietnam.

Intriguingly, the documents also reveal Aquiline drop off payloads or ’emplace devices’ for intelligence gathering, returning later to pick up information, and support ‘in -place agents.’ This suggests an 007-like operation in which an operative arrives in the country as an ordinary traveler carrying nothing suspicious, and the drone covertly drops off a cache of espionage gear and lethal gadgets. Sean Connery’s Bond would have loved it.

The technical specifications of the Aquiline drone are largely redacted or not included in the documents supplied. One document indicates that it would carry out operations at ranges of up to 1200 miles. Navigation would be an issue in pre-GPS days; one suggestion was that Aquiline would follow roads, rails, or power lines to find remote spots.

A detailed Concept of Operations shows how an Aquiline mission would be executed. The drone unit would be based at Area 51, with mobile teams with the drones and radio control units flown out to operating locations, USAF bases or Navy aircraft carriers, as needed. Each mission would be carried out along a pre-planned and rehearsed route. Special measures were taken to provide weather information along the planned route from the Air Force’s Global Weather Central and to provide physical security for the classified equipment and personnel.

The biggest bombshell in the new documents is the revelation of plans to upgrade it with an atomic power plant. The original had a 3.5 horsepower engine originally developed for a chainsaw, which the CIA planned to replace with something more futuristic: “It is anticipated that the first R&D flight tests of a vehicle system combining a radioisotope propulsion system will begin in fiscal year 1973. On paper this vehicle system would have an altitude capability of [redacted] and a flight endurance of 50 days or approximately [redacted].” (My emphasis)

Another briefing statement claims that “in its advanced form” Aquiline will be able to operate over targets for 120 days, strongly suggesting a nuclear power source.

The atomic-powered drone was expected to be in operational use in 1974. While NASA still uses radioisotope power sources to power space probes and planetary rovers, they are generally considered too hazardous for use on Earth. The report glosses this over: “It will have vast utility for over-water applications; its radiation hazards will be so low as to permit consideration of its use for over—land missions.”

Exactly what the Soviets would have made of a crashed CIA drone leaking radioactive material over the Motherland is something we fortunately will never know. The Aquiline project was terminated before it became operational.

According to Lt Col John H. “Hank” Meierdierck, who headed the project, the issue was with contractors McDonnell Douglas. Meierdierck claims in his autobiography that, given an $11m budget, the contractors quoted a price of $110m. Rather than negotiating, McDonnell Douglas argued it out. Meierdierck  says he complained about “exaggerations, padded costs for items and… brazen lies,” and recommended that rather than paying the extortionate cost, the project be terminated. Which it duly was.

Project Aquiline may have been ahead of its time. It certainly was not the end of bird-like drones. The Prioria Maveric used by U.S. Special Forces has the silhouette of a soaring bird. And a bird-like spy drone, widely assumed to be American, was recovered in Pakistan in 2011. Russia recently unveiled a spy drone disguised as an owl and Chinese security forces reportedly use pigeon-like drones with flapping wings to spy on its citizens.

As for the CIA – who also developed a prototype, laser-guided dragonfly drone at the same time as Aquiline – it is unlikely that they abandoned the idea entirely. A “miniature surreptitious aircraft vehicle system” is too useful a tool, and too cool a concept, to ignore. But we may will not find out about the CIA’s current spy drone technology until they declassify it in another fifty years.