HMS Princes of Wales provided an impressive setting for the Future Maritime Aviation Force Accelerator Day this week, bringing together experts from the navy, MOD and industry to meet and discuss the vision for drone operations.

It comes as the navy seeks to develop and invest in the latest technology, bringing new, world-beating equipment to the frontline quicker.

Brigadier Dan Cheesman, Chief Technology Officer for the Royal Navy, co-hosted the event with Commodore Nick Walker, Deputy Director Naval Aviation, calling on attendees to consider how technology and innovation could transform the way the navy operates in the skies now and into the future. 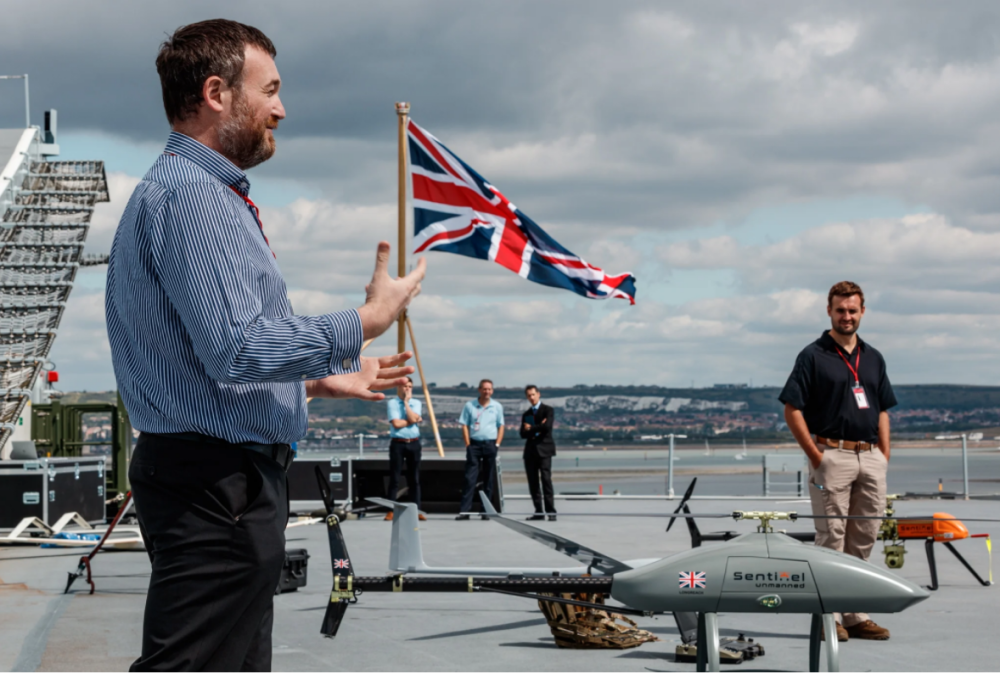 The Future Maritime Aviation Force, Brig Cheesman said, was also about seeing how the Royal Navy could build-on and gain advantage from the pace of technological development already underway in the commercial sector.

“The aim is to transition rapidly from what we have now to whatever we want in the future.

“We live in an exponential world of technological change and if we can integrate the latest and get it on operations, it will deliver battle-winning advantage. Specifically, getting that technology onto ships like HMS Prince of Wales would be a game-changer.

“We are working in collaboration with companies like the ones here today to understand how they can help us move faster.”

Brig Cheesman added it should be the Royal Navy’s goal that these new capabilities should be delivered in weeks and months, not years and decades as is currently accepted. 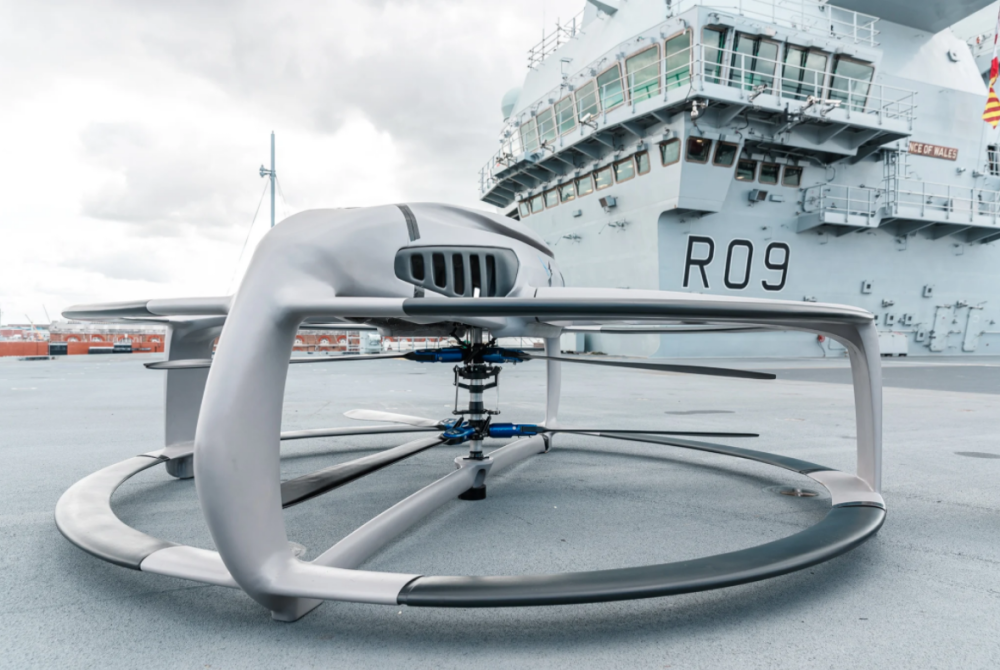 The work of the Royal Navy’s NELSON digital acceleration lab supports this idea. They have continued the development the “plug in and play” MAPLE system that, when integrated onto Royal Navy ships, will simplify the process of accessing and using autonomous and un-crewed technology.

Trials earlier this year in Norway saw this system used on HMS Albion and last year on HMS Argyll. Going forward, all Royal Navy ships will possess open architecture, fully-networked, organic crewless aviation systems with Prince of Wales being at the forefront of a series of trials.

As previously announced by First Sea Lord Admiral Tony Radakin, this will see the aircraft carrier being used as a testbed for un-crewed aerial vehicles. 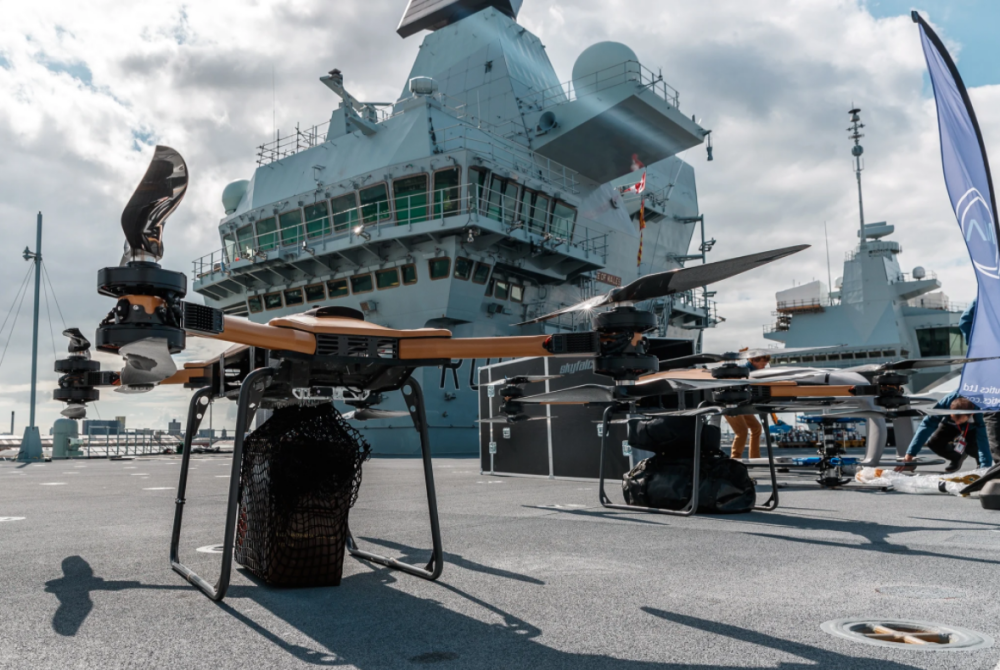 Commodore Nick Walker, Deputy Director of Navy Aviation, supported the importance of the speed of introducing new technology. Speaking onboard HMS Prince of Wales, he said:

“When we have drones and other equipment routinely embarked on ships, that’s when we really start to understand what they can do and get an idea of what we can achieve.

“We have to do it safely, in the right way and coherently, but I want to see the type of kit on display today on frontline operations within the year.”