geo-konzept GmbH, as a sales partner, has helped DB Fahrwegdienste to obtain enough of the Trinity F90+ VTOL drones for each of the seven branches allowing for maximum coverage track and area inspection. 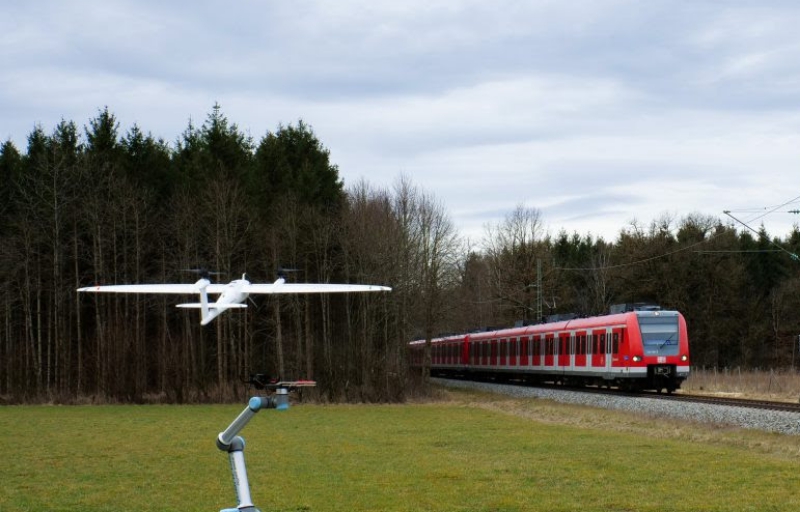 DB Fahrwegdienste GmbH is a wholly owned subsidiary of DB Netz AG. They are responsible for services along the infrastructure of DB Netz AG. To fulfil the prescribed traffic safety obligation in regards to vegetation, this must be inspected, documented and evaluated by qualified personnel at least once a year along the entire route network. Railway traffic should not be disrupted during these inspections. Checking and maintaining the 33,499 km long network and the constantly growing vegetation near the tracks is a time-consuming and demanding task. 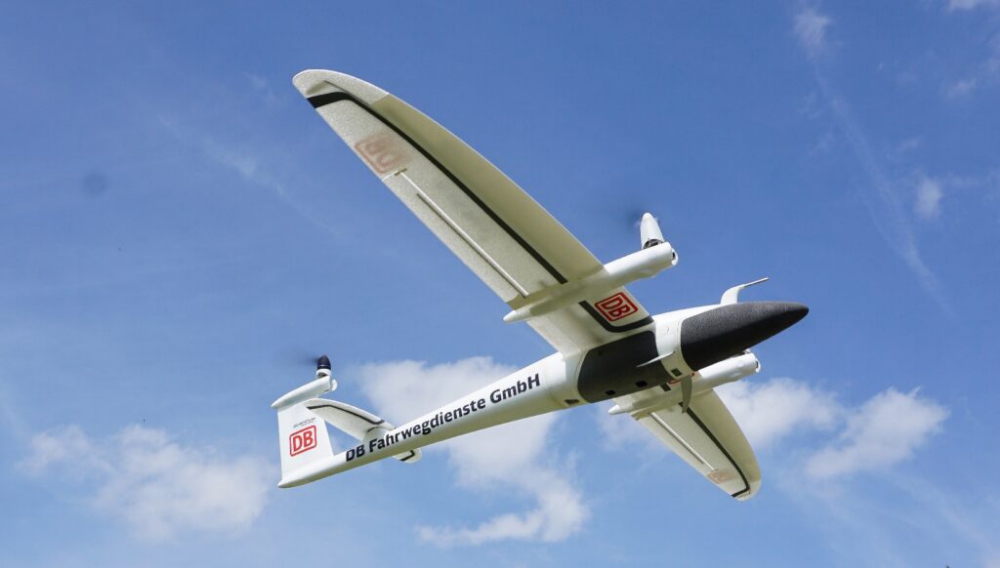 Using the fully automatically operated Trinity F90+ drones, data acquisition is fast and digital, which is a considerable simplification and time saver. The drones fly over pre-defined route sections and take aerial photographs for the regular inventory. In addition, they can react quickly after possible damage events, such as storms or severe weather, and record and document the damage along the route network from the air. And all this without disruption to rail traffic.

With the help of future autonomously operated long-range drones from Quantum-Systems, we would be able to inspect the tracks during flight operations out of sight (BVLOS) much faster and more efficiently than with conventional terrestrial recording. Already today, the high-quality and objective recording of vegetation and track infrastructure by means of a VTOL drone with all the analysis options in data evaluation is a real added value for internal tasks.

Quantum-Systems GmbH is pleased to be able to support DB Fahrwegdienste GmbH with new VTOL UAS and sees it as a confirmation of the good cooperation with its customer. Beginning in September 2019, both companies have been working on the fully automated recording of vegetation near the track and storm damage along the Deutsche Bahn route network with the Trinity F90+ drones as part of the “FreeRail” project. The project is funded by the German Federal Ministry of Transport and Digital Infrastructure within the framework of the Modernity Fund (“mFUND“) funding guideline. It deals with a digital solution for the growing challenges in the maintenance of Deutsche Bahn’s railway tracks.

DB Fahrwegdienste GmbH is an important strategic customer and partner for us. Our joint research work is focused on data-based digital applications to drive tomorrow’s mobility. The potential of drones is far from being exhausted in this context. Sustainable decisions are to be made based on data. And it is precisely this data that we provide with our drone technology. At any time, at any place and in the highest quality.

After successful completion of the project and the test phase, Matthias Maier plans to equip all branches with several VTOL drones to support the beyond visual line of sight operations and to train several pilots for the mission.