The Armenian military have destroyed or intercepted 13 such unmanned aerial vehicles (UAVs) during the clashes that broke out on July 12 and largely stopped five days later. It says that 10 of them were attack drones that were about to strike Armenian military and civilian targets in the northern Tavush province bordering the Tovuz district in western Azerbaijan. 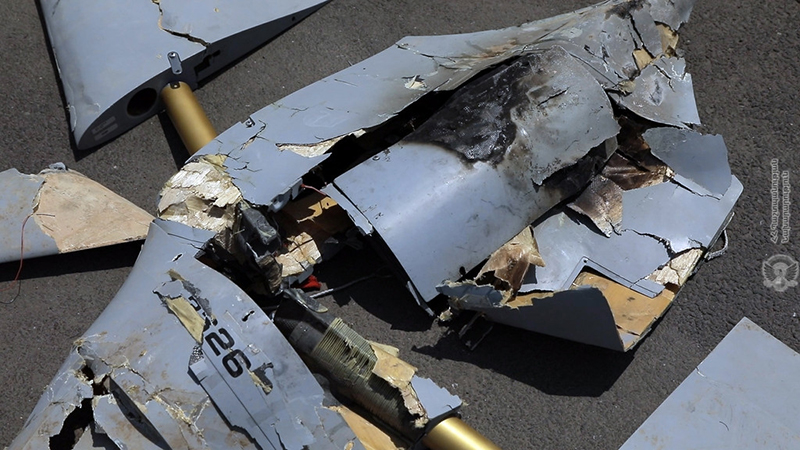 The Armenian military publicized on July 14 what it described as amateur footage of a sophisticated Hermes 900 drone of the Azerbaijani armed forces destroyed by an Armenian surface-to-air rocket. Hermes 900 is produced by another Israeli company, Elbit Systems, and used for reconnaissance and communication relay. The Azerbaijani military has denied losing such aircraft. 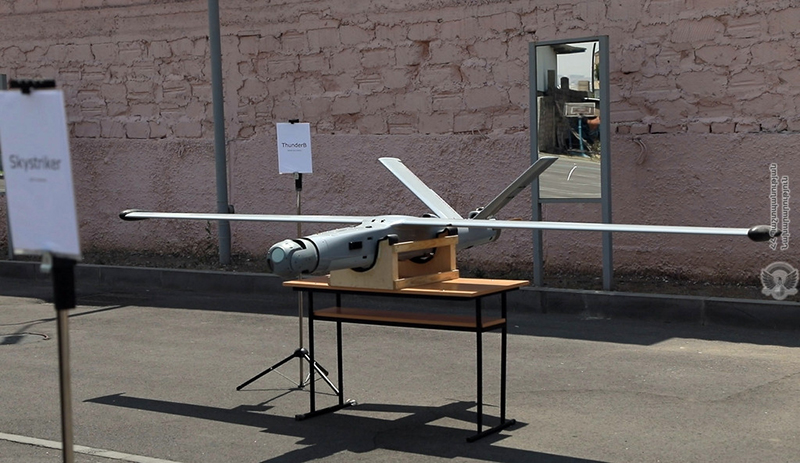 An Armenian defense news website posted at the weekend a photograph of two Armenian soldiers holding a SkyStriker “suicide” drone also manufactured by Elbit Systems. Israeli media revealed the sale of such UAVs to Azerbaijan in January 2019.

The Azerbaijani army used other types of Israeli-made “suicide” drones during the April 2016 hostilities in Nagorno-Karabakh that nearly escalated into an all-out Armenian-Azerbaijani war.

Garik Movsisyan, a senior officer of Armenia’s air-defense forces, said that a total of about 40 Azerbaijani UAVs have been brought down since 2016. He claimed that the Israeli drones lost by Azerbaijan in the Tavush-Tovuz fighting were worth at least $150 million.

Armenia has long expressed concern over Israel’s large-scale arms deals with Azerbaijan which have totaled at least $2 billion since 2012. The Foreign Ministry in Yerevan reiterated those concerns following the latest flare-up along the border between the two South Caucasus states.

The Armenian military says that during last week’s hostilities it used for the first time attack drones designed and produced by Armenian companies. It says that they destroyed at least one Azerbaijani tank.