Flirtey has announced that it has been granted a new patent critical to the safety of drone delivery. This granted patent describes safety-enhancing technologies such as landing a drone safely in the event of failure by using a parachute and steering the drone towards a safe location.

For further information on this latest granted patent, please see the following link:

This is the third patent in the critical area of drone delivery safety that the United States Patent and Trademark Office has issued to Flirtey in 2020.

“We are thrilled that the United States Patent and Trademark Office has granted Flirtey another patent that is vital to the safety of drone delivery,” said Matthew Sweeny, Flirtey Founder and CEO. “And we are excited that this new patent comes in time to celebrate the July 17, 2020 Five-Year Anniversary of the ‘Kitty Hawk Moment’ when Flirtey made the first drone delivery in America, and at a time when Flirtey continues to pioneer the commercial drone delivery industry.”

Flirtey is announcing this new granted patent as it celebrates the fifth anniversary of the ‘Kitty Hawk Moment’ when Flirtey conducted the first drone delivery on US soil, in Wise County, Virginia, on July 17, 2015. The Smithsonian Institution’s Air & Space Magazine recorded of this historic milestone, “it had the FAA’s blessing to fly. And that made it the first official drone package delivery in this country”.

The Flirtey delivery drone that achieved this first delivery will be going on display in the ‘Thomas W. Haas We All Fly’ gallery at the Smithsonian National Air and Space Museum; the Museum also displays the Wright brothers’ Wright Flyer that made the first official flight of a powered heavier-than-air flying machine. 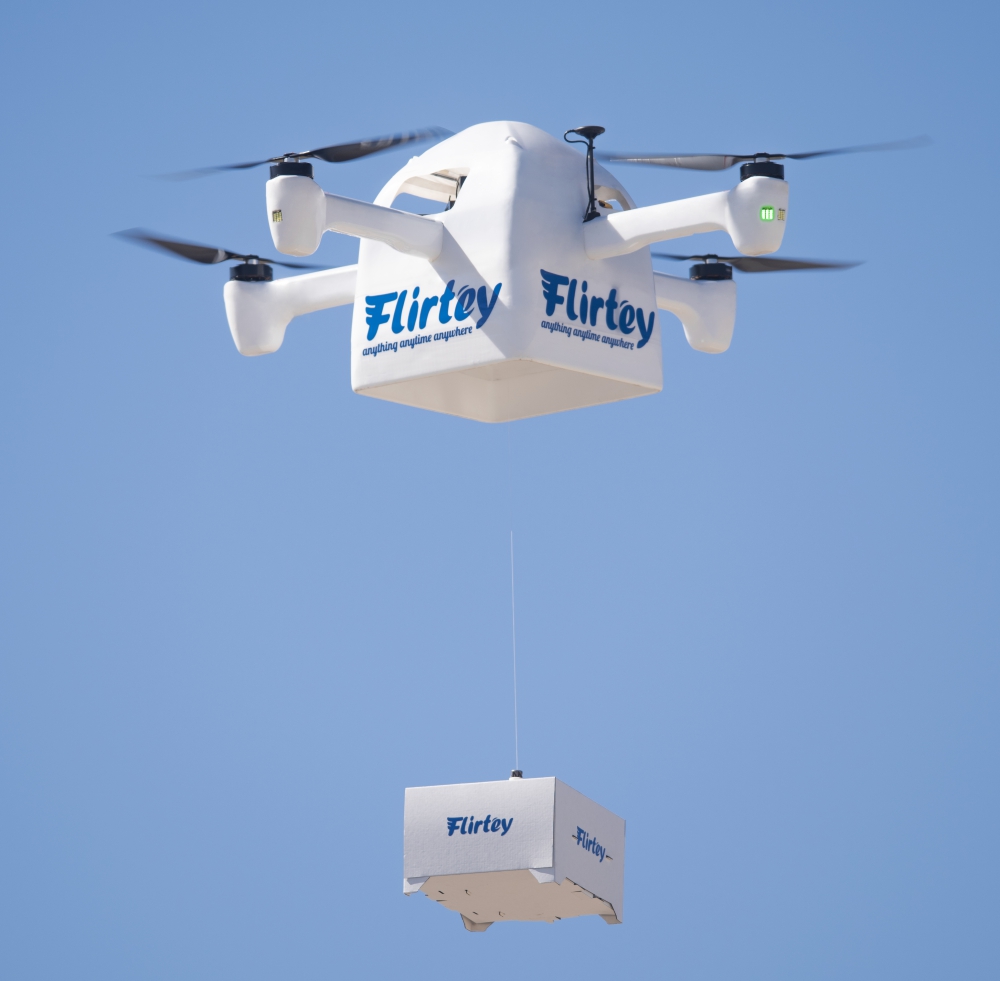 Flirtey previously unveiled its next-generation delivery drone, the Flirtey Eagle, at the National Press Club in Washington, D.C. Flirtey is actively pursuing a Type Certificate for the Flirtey Eagle.

Flirtey’s technology is protected by more than 1,000 issued and pending patent claims, in the United States and worldwide.