Information about the U.S. Navy’s RQ-4A Global Hawk shot down by Iran on June 20, 2019, continues to surface a year on. The carcass of the aircraft has been largely pieced together by Iran, in the manner of an air accident investigation. The way it was done, and the reasons, are likely to be very different, however.

The drone was reportedly shot down by an IRGC “3rd Khordad” missile. A 3rd Khordad missile launcher has been paraded by the IRGC (Islamic Revolutionary Guard Corps) to celebrate the downing of the spy drone. The ‘kill marking’ painted on the door of the vehicle closely resembles the piloted U-2 spy plane instead of a Global Hawk, however. 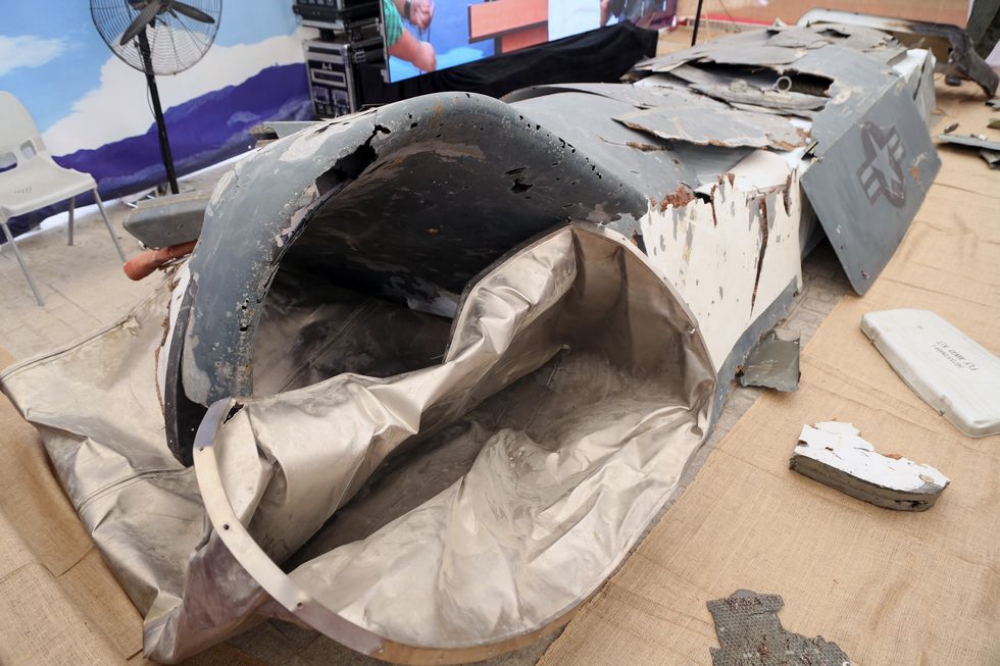 The 3rd Khordad has a reported maximum range up to 65 miles and can hit targets flying at high altitudes. So the Global Hawk spy drone is a natural prey for a system like this.

It is an Iranian copy of the Russian developed Buk-M2 missile system. This extended family of missiles has been involved in several incidents. A Russian Buk is believed to have been used to shoot down Malaysia Airlines Flight MH17 over Ukraine on July 17, 2014.

According to Iranian media the drone was salvaged from the sea floor. The Iran Press reported that the drone has been “pulled out by IRGC Navy from the deep waters of southern Iran.” The IRGC was established as a counterweight to Iran’s military that reports directly to the ayatollah and is dedicated to protecting the Islamic system. It is known to be more likely to be involved in confrontational incidents than the comparatively professional Navy and Air Force.

The IRGC-Navy does not have a significant salvage capability, however. While it does have divers, they are equipped similarly to civilian scuba divers. And it does not have suitable ships.

Dave Owen, an underwater warfare expert involved in underwater surveys, outlined the types of equipment that the IRGC would require. “They would need to have a well maintained dive ship available. It would need a decompression chamber for the divers. And a reliable ROV (remote operated underwater vehicle) with well trained operators.”

He also believes that they would need “experienced medical personnel to manage the health of and divers. The divers would have to be trained, experienced and available for the operation, and well prepared to recover the asset.”

Additionally Iranian media sources infer that the wreckage was retrieved almost immediately after the incident, which makes a deep-sea salvage less likely. Owen points out “to retrieve the asset they would require a survey of the location topographically and oceanographically to accurately assess condition for the time of year and location.” 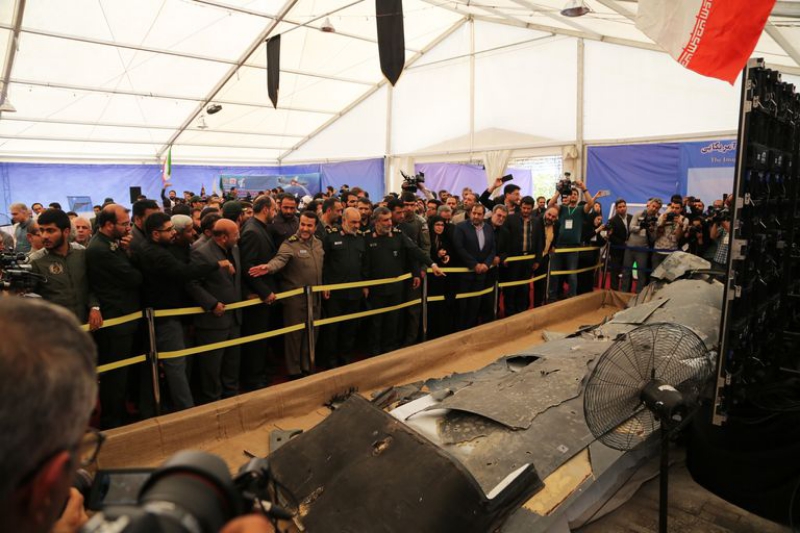 Parts of the RQ-4 drone on display in Tehran, September 2019, just three months after the shootdown

So how did they reconstruct the aircraft? Well much of the debris was actually displayed the day after the incident, so it must have been retrieved from the surface. Some of the heavier items displayed, such as avionics boxes, may have been attached to the floating debris.

But their reason for reconstructing the Global Hawk is not to establish what happened. As well as propaganda value, Iran is likely seeking to gain intelligence. An IRGC General told the Iran Press in February this year that they “have gained access to all its codes and passwords, and we can disable this drone within thousands of kilometers away from Tehran.”

The choice of an uncrewed air vehicle as the target, and the rapidity with which they retrieved the floating debris, may indicate a degree of planning. Potentially it was an intelligence gathering exercise from the outset. Which countries have benefited from any intelligence retrieved from the wreck?