Landscape Architects Use Drones to Collect Geospatial Data in the Galápagos 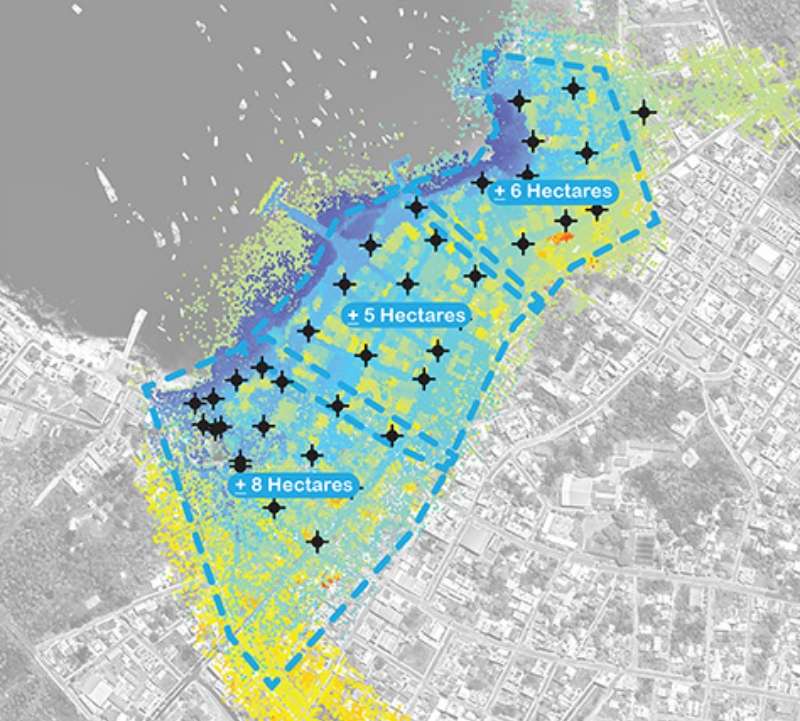 Accurate geospatial data is needed to plan and design coastal resilience efforts. Landscape architects use elevation representations to understand flooding, storm surges, and sea level rise. But what happens when there is no unified elevation data?

Karen M’Closkey, ASLA, an associate professor at the University of Pennsylvania, discovered this was the case for the Galápagos Islands during a studio she conducted exploring the island chain. Together with Keith VanDerSys, her partner at PEG Office of Landscape + Architecture and the director of digital media at the University of Pennsylvania, the duo contacted INOCAR, the Ecuadorian oceanography agency, about the lack of data.

Ultimately, INOCAR requested help in creating the data and digital models for the community and designers. To sort out the technological and engineering challenges of the project, Michael Luegering, senior associate at Michael Van Valkenburgh Associates, and Michael Tantala, adjunct professor at The City College of New York, were brought onto the team.

The Galápagos, while typically considered first and foremost a biodiversity hotspot, is also home to some 34,000 residents living on four islands.

A growing ecotourism industry over the last forty years has resulted in the “Galápagos Paradox” — the advertised pristine wilderness of the archipelago increases the flow of goods and people into the chain of islands, resulting in greater pressures on the naturalized world and labor demands to maintain it. Furthermore, revenue from ecotourism is used to fund and protect the national parks, limiting the amount of public funding for the local population and infrastructure. To aid urban growth planning, PEG decided to create detailed 3D models of the town’s waterfront.

Data collection began in the town of Puerto Baquerizo Moreno, located on the island of San Cristóbal, which has the second highest population and only fresh water source in the Galápagos and is the location of Charles Darwin’s first landing. 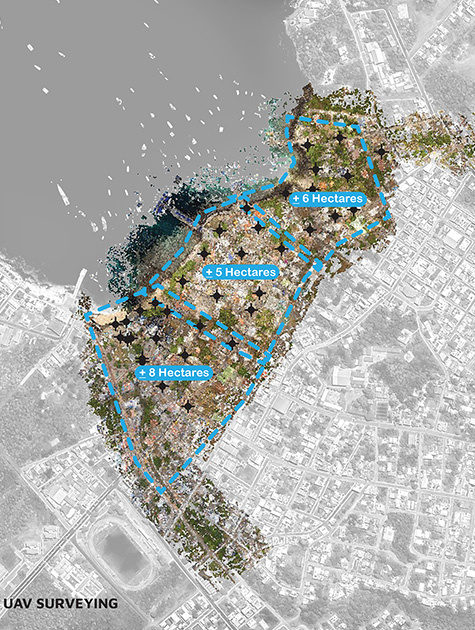 Puerto Basquerizo Moreno is continuing to expand upland without regard for the impact it is having on the town’s water management. PEG identified four principles to guide urban growth for the town: prioritize mixed development over the recent trend towards single family homes; offer flexible multi-use community space within the development blocks of the urban fabric; work with existing water flow patterns and areas with significant vegetation within the urban fabric; and, lastly, bring the natural beauty of the national park into the urban environment through a connective ravine setback.

These principles were developed to help protect existing open spaces within the urban fabric. The geospatial data collected was used to communicate the value of the principles to local community members and INOCAR officials as they craft future development plans for the area.

PEG’s hope is this landscape framework offers a “vital social and ecological resource” for local leaders, one that will encourage development that avoids low-lying areas. 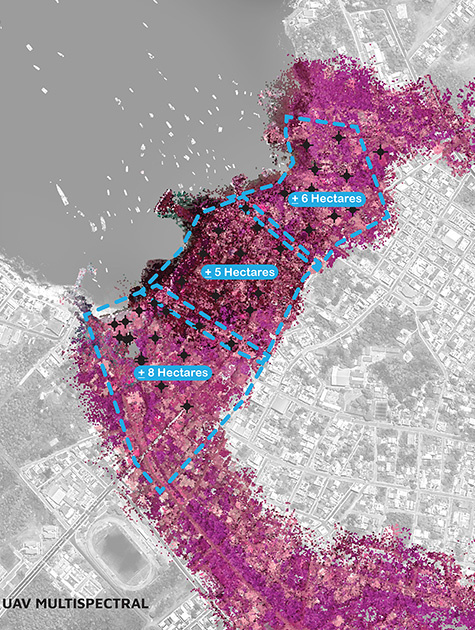 PEG established a vertical datum against which tide levels can be accurately and consistently measured, as well as topographic and bathymetric models of the town. INOCAR had a water level gauge at this location, but its measurements were not tied to a unified vertical datum, making it impossible to compare with the other gauges in the archipelago or globally.

Overlapping data points helped further ensure the accuracy of each data point collected, which can then be aggregated into a high density point cloud and turned into a digital model of the topography and bathymetry of the region.

In fall 2019, PEG delivered this model to INOCAR, which will be instrumental in modeling past and future storm surges and seas-level rise and planning tsunami scenarios.

PEG plans to return to Santa Cruz, the most populous island in the archipelago, to complete the surveying process of the area surrounding the remaining two tidal gauges. 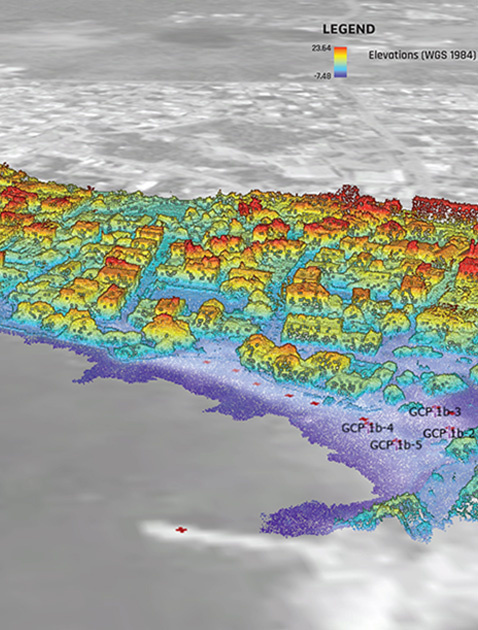 Climate change will increasingly threaten coastal communities in the global south. Digital models based in accurate geospatial data is paramount to helping these communities become more resilient. With the democratization of drone technology, landscape architects can play a larger role in creating needed geospatial data sets, rather than just consuming them.