The U.S. Army has implemented a one-of-a-kind outdoor system to test swarming drones–with a capacity of more than 1,500 times the volume of a typical testing facility.

Future Soldiers will operate with many of these unmanned aircraft systems across the battlespace, using an interconnected swarm to provide capabilities for situational awareness, defense and logistics.

To enable the testing capability, Army researchers worked with PhaseSpace, Inc., to develop a new motion-capture capability that works for outdoor use — where sunlight interferes with motion-capture devices typically used for purposes such as video game development.

“This new capability enables us to expand the scale of our testing — from indoor testing in small rooms or spaces typically smaller than half of a basketball court, to now the size of five football fields,” said Dan Everson, a researcher at the U.S. Army Combat Capabilities Development Command’s Army Research Laboratory. “This will allow us to replicate more realistic UAS operation conditions and conduct experiments that were previously not possible, such as using cameras to navigate terrains, testing RF [radio frequency] communication within a swarm and flying larger drones.”

PhaseSpace developed the system to track motion, creating brightly illuminated LED marker strobes that attach to the UAS test devices and move throughout the entirety of the testing area. 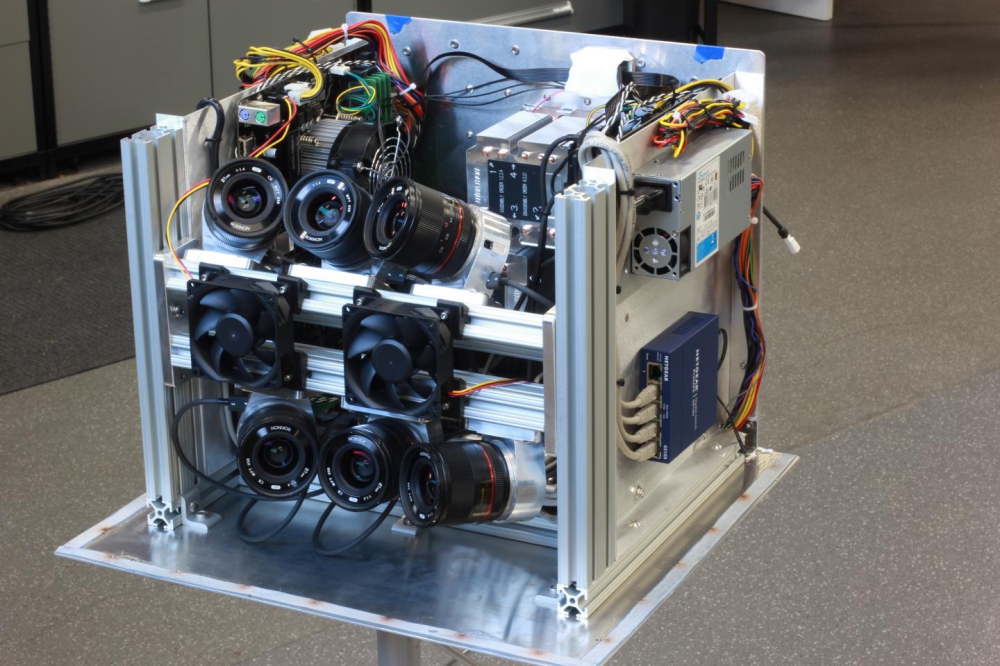 To track the LED markers, 96 cameras housed within 16 tracking pods are positioned around the perimeter of the testing area. Evaluation of the Army-developed system demonstrated accurate marker tracking within a space of 460 x 110 x 70 meters–more than 1,500 times as large as a typical 15 x 15 x 10-meter system. The system has a measurement rate of 100Hz, meaning it measures the position of the markers 100 times every second.

Located at APG, the testing system is transportable, and can be scaled up or down and even change shape. Everson said he hopes collaborators in academia, industry or within the government can use this capability to test their own research and development in robotics.

“Our future Army will need to interact with a large number of autonomous agents to compete in future conflicts,” Everson said. “The flexibility and scalability of this system will help the Army develop capabilities that will achieve overmatch against our adversaries.”

CCDC Army Research Laboratory is an element of the U.S. Army Combat Capabilities Development Command. As the Army’s corporate research laboratory, ARL discovers, innovates and transitions science and technology to ensure dominant strategic land power. Through collaboration across the command’s core technical competencies, CCDC leads in the discovery, development and delivery of the technology-based capabilities required to make Soldiers more lethal to win the nation’s wars and come home safely. CCDC is a major subordinate command of the U.S. Army Futures Command.