A Mobile, Alabama franchisee of a Buffalo Wild Wings restaurant wants to deliver food to nearby customers’ doors by drone. To test the service, Brian Jordan of Potters Wings Mobile partnered with Deuce Drone. The two companies plan to begin local food deliveries by drone in late August.

“Partnering with Deuce Drone will give us the opportunity to test new ways to evolve and meet the takeout needs of customers through drone technology,” Jordan said in a statement.

Deuce Drone will be responsible for the design of the aerial drone delivery interface, including the design and operation of the landing, recharging and package handling system, software interface with both the drone and Buffalo Wild Wings point of sales system, in addition to meeting the regulatory and compliance measures required for the service.

“We are taking a different approach from others in that we are not designing our own drone but leveraging the already available and planned drones from highly qualified manufacturers,” Rhett Ross, CEO of Deuce Drone, told American Shipper.

Other drone delivery platform developers have also used off-the-shelf drones in recent years. Flytrex and Zing, for example, have platforms that allow DJI drones to be converted to delivery operations.

Deuce Drone will initially deploy a drone system with DJI that has a maximum takeoff weight of 55 pounds and includes a 10- to 15-pound payload.

“Our tests are planned to progress sequentially to ensure we take into account safety, quality and regulatory compliance,” Ross said.

Deuce Drone expects its tests with Potters Wings Mobile to run from late August to December on a small controlled course.

Ross said Deuce Drone faced no regulatory hurdles to enter the testing. However, the company is currently working with the Federal Aviation Administration to maintain compliance with drone regulations at each stage of the rollout.

Founded in 2019, Deuce Drone is a relative newcomer to the emerging drone delivery industry. 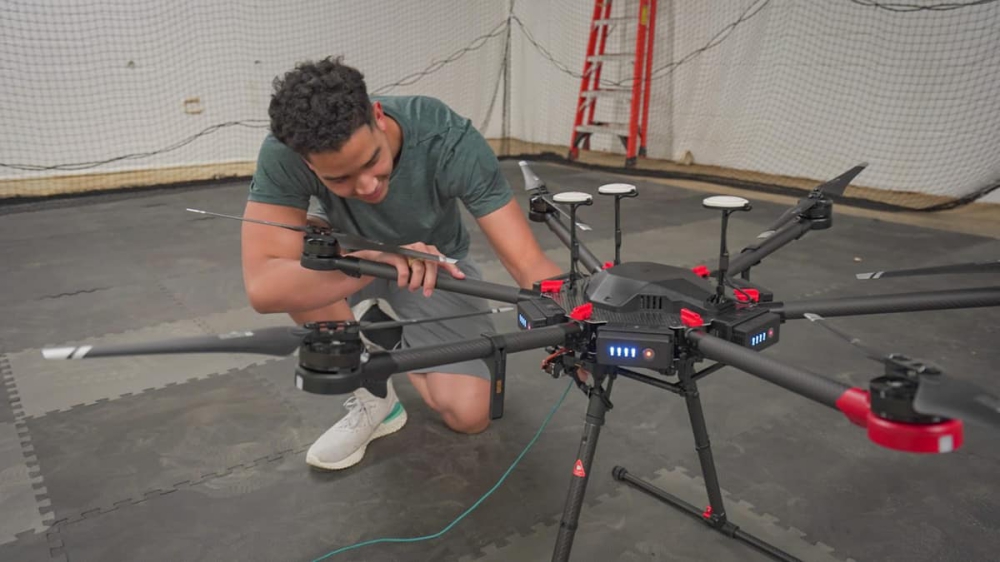 Ross said drone delivery of controlled substances, such as medications and alcohol, pose additional regulatory challenges to ensure these goods arrive at the correct and legal customer target. “While we will plan on these, they may come later in our business model to ensure our controls are robust,” he said.

The company plans to add a second retail partner to participate in drone delivery tests this year, Ross said.

Deuce Drone, however, enters a crowded field of drone-operated delivery systems and services providers, such as Zipline, Swoop Aero, Zing, Flirtey, and UPS with Matternet and Wingcopter, all of which are also testing drone delivery.

“They will face the same significant challenges as all other companies hoping to deliver point-to-point,” said Michael Blades, vice president of aerospace, defense and security for growth strategy research and consulting firm Frost & Sullivan. “The bottom line is companies wishing to enter this space have to negotiate a massive amount of competition, an uncertain demand from end-users, a slow-moving bureaucracy in charge of regulatory changes/waivers, and other significant challenges.”