The technology multinational GMV has won a contract under the Spanish MoD’s RAPAZ program for the supply of four Class I Seeker RPAS, to be integrated into the intelligence units of the Paratrooper Brigade and the Tercio de Armada de Infantería de Marina (Marine Infantry Protection Force), thus providing them with the most advanced version of the unmanned aircraft Seeker.

The UAS Seeker is an autonomous, rapid-deployment system developed by Aurea Avionics and supplied by GMV, providing intelligence, surveillance and reconnaissance capabilities over a 15 kilometer range with a 90-minute endurance and a weight of 3.5 kg. This aircraft represents a qualitative leap forward for the armed forces, strengthening their intelligence, surveillance and reconnaissance capabilities to ensure better operational capability and tactical superiority of Spanish troops.

Seeker constitutes the core of a situational awareness system providing real-time intelligence. It is designed for rapid-deployment and high-mobility military applications carrying out low-level intelligence, surveillance and reconnaissance tasks. 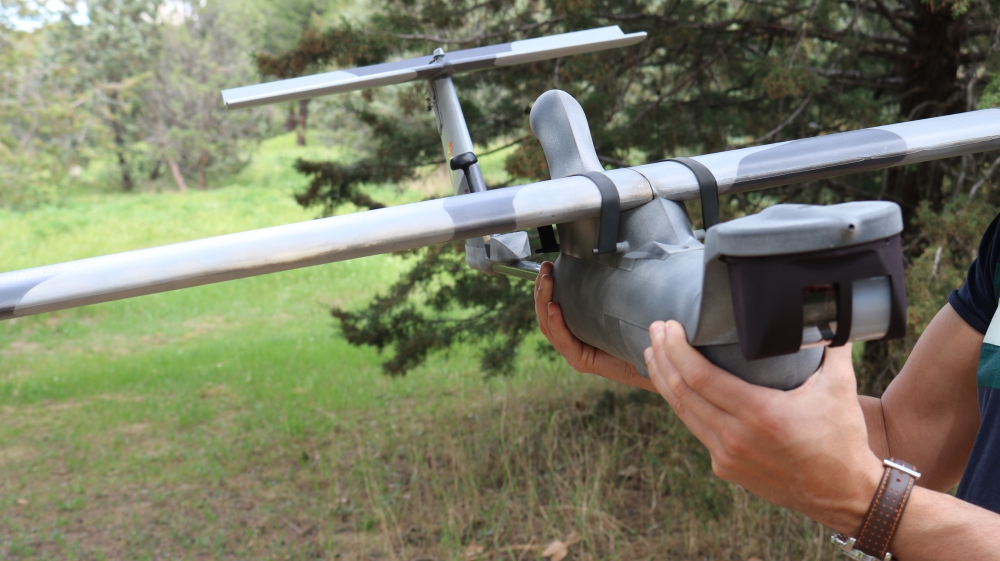 The system components can be broken down into two major groups: the air segment and the ground segment. The air segment comprises the Unmanned Aerial System (UAV), fit for daytime and nighttime operations and capable of completely autonomous flying. The ground segment comprises a ground control station, a ground data terminal and a remote handheld control. These systems between them monitor the UAV’s operation and process its real-time video data.

Within this project, due for delivery by October 2020, GMV will be running the design and manufacturing activities and also the various flight campaigns scheduled to check that the systems work properly before handover to the MoD.

GMV boasts great expertise and experience in Unmanned Aerial Systems (UAS), built up on the strength of many previous projects such as ATLANTE, where it developed the aircraft’s flight control computer; EGNSS4RPAS, where it weighed up EGNOS performance for RPAS operations; and DOMUS, where it developed emergency-management and -monitoring service demonstrators for drone traffic control under the U-Space system.