A huge cannabis factory worth £500k, which was hidden in a disused pub in Willenhall, has been raided after it was rumbled by drones.

Police used thermal imaging cameras hooked up to a drone, which revealed the crop inside the Castle pub on New Road. The bust took place on Tuesday, June 9 with police finding around 500 illicit plants growing in the former boozer.

The force took to social media to share images of what the cameras picked up from the drone and what was found inside. The tweets said:

“Thermal images reinforcing the suspicions of a cannabis grow. Acted on by @WSTaskforce and their hard work bringing about a fantastic result.

“Officers on @WSTaskforce had a productive afternoon, discovering a huge cannabis factory housed in a disused public house in Willenhall town centre. Nearly 600 plants found inside with street value of approx £500,000.” 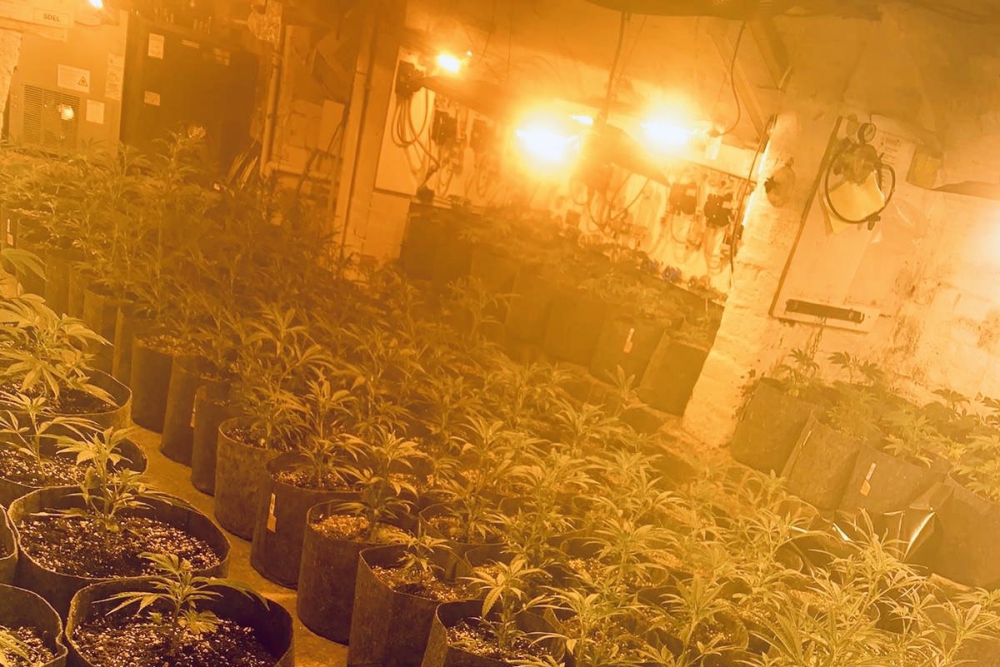 A spokesman for West Midlands Police confirmed that around 500 plants were found, however no arrests have been made.

It’s not the only large scale cannabis factory to be recently discovered, as police raided a former Lloyd’s bank branch in Brierley Hill, also on June 9.