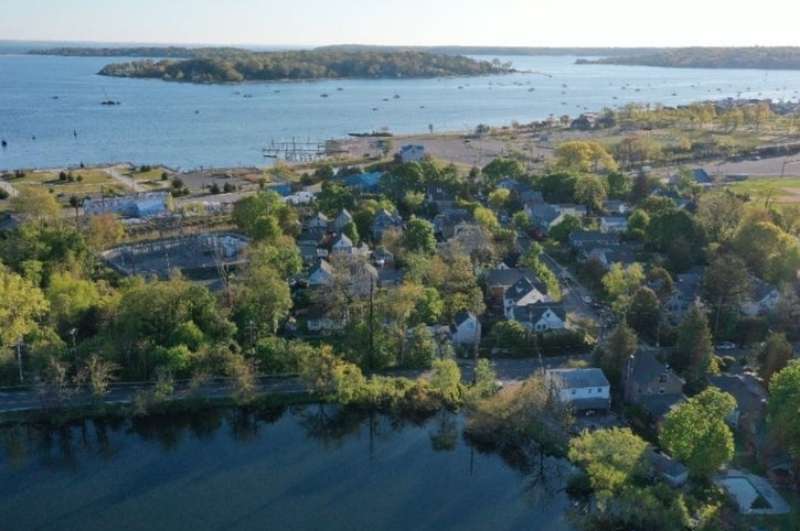 Robots are flying over the massive Oyster Bay/Cold Spring Harbor watershed. That’s because heat-seeking drones are hovering over the waterways in search of any pollutants lurking in the water.

The environmental conservation group Friends of the Bay teamed up with the Oyster Bay/Cold Spring Harbor Protection Committee, Harkin Aerial and Walden Environmental Engineering to obtain a $10,000 grant from the Nassau County Soil and Water Conservation District. Their goal: identify places that are warm — and shouldn’t be — and sample those areas to see whether it’s a harmless anomaly or hazardous pollution. The money will come through the district’s 2020 project request programs and additional funding will be provided by the protection committee. 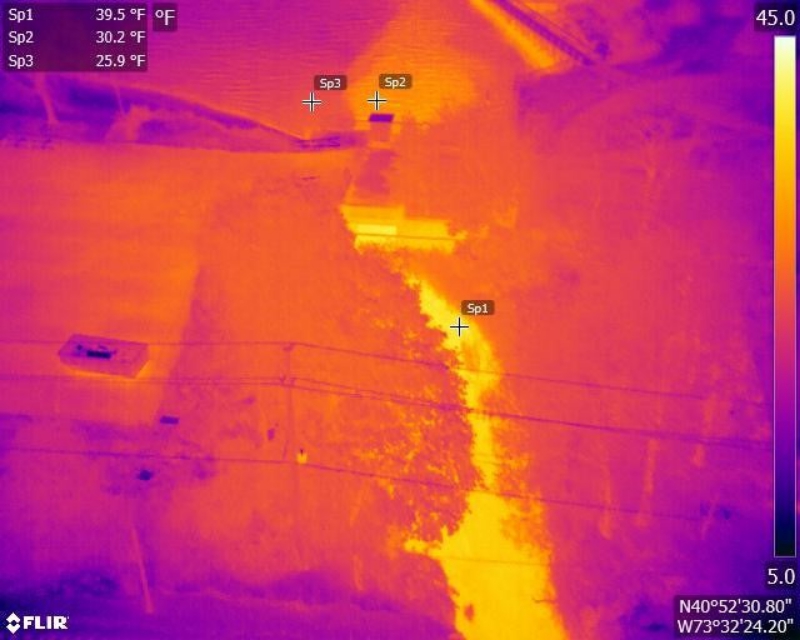 Scott Harrigan, who founded the aerial data collection company Harkin in Oyster Bay in 2016, told Patch on Tuesday he took advantage of the coronavirus shutdown to gather baseline imaging of the area, which includes Cold Spring Harbor, Mill Neck Creek and Oyster Bay Harbor. Because many businesses were forced to close their doors, they believed the waters should have fewer sources of pollution. He plans to photograph the same places sometime in the fall and compare them to the images he took in mid-May. Areas that show significant heat changes will be tested and analyzed for pollutants.

“If there’s pollution we hope we can spot it. We hope we find nothing,” he said.

Pollutants are often warmer than the water because they come from heated sources, he said, such as sewage.

While that may indicate there isn’t much pollution in the water, he stressed the drone images are not the “end-all be-all.” Pollution often results in a temperature difference, but not always. And sometimes they can return false-positives.

The reason they’re using a drone is to concentrate water sampling efforts to places that need it. A drone outfitted with a thermal camera can cover about 50 acres in less than an hour, making it ideal for the project.

“It’s like a scout,” Harrigan said. “It identifies places that are more likely to have pollution, and that helps people who have to do the groundwater sampling.”

The drone is blind to the type of pollution. Identifying specific pollutants won’t happen until follow-up testing is completed.

Harrigan took it upon himself to handle the Oyster Bay/Cold Spring Harbor mission. 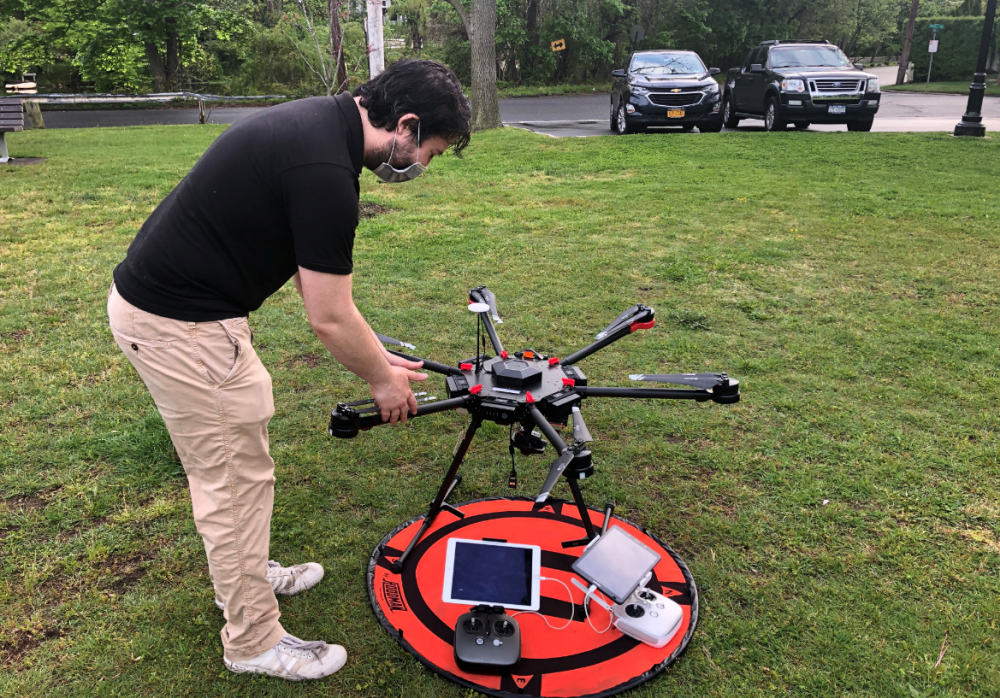 Armed with a 10-pound, six-limb robot, he flew the machine in mid-May for the first week of imaging accompanied by members of Friends of the Bay. The drone captured images and sent a live feed to an iPad so the organization could watch and weigh in.

“It was kind of like shooting live TV in a weird way,” he said.

Harrigan will do so again in the fall once the weather cools and they see ideal conditions. He plans to handle the resulting thermal analysis.

The project will be completed between August and December, Heather Johnson, executive director for Friends of the Bay, told Patch on Tuesday. The organization said it believes this is the first time heat-seeking drones have been used on Long Island to find water pollution. Harrigan previously used his drones in New Paltz to find pollution.

The drone’s initial findings will guide engineers from Walden Environmental Engineering in their review of the area. Friends of Oyster Bay and the protection committee will investigate any identified anomalies, verify any issues and report them to the local government.

A visual database and accompanying geographic map will be created showing where any anomalies were found.

Johnson, of Friends of the Bay, said in a statement that she appreciates the funding for and confidence in the project.

“Data garnered from this project will help in future planning so that we can continue our stewardship and advocacy for our waterways and watershed,” she said.

She said water quality in the area has been degrading.

David Ganim, district manager for the county’s Soil and Water Conservation District, said they were glad to support the innovative research.

“The District’s purpose is to protect, preserve, restore, and enhance our natural resources, and these efforts to develop and enhancing the tools we have to assess and then improve water quality helps to accomplish this,” Ganim said. “We are delighted to have funded this research and look forward to seeing its lasting and positive impact for our community.”

Photos: Friends of the Bay