US Customs and Border Protection Flew Predator Over Minneapolis

Customs and Border Protection (CBP) on May 29 flew a Predator over Minneapolis as protesters demonstrated against police brutality, according to publicly available flight data.

The drone was first spotted on a flight tracking tool by members of the ADS-B Exchange, a community of flight watchers who use open-source flight data to monitor America’s skies.

“CBP Predator Drone CPB104 circling over Minneapolis at 20K feet,” Jason Paladino, an investigative reporter at The Project on Government Oversight tweeted on Friday. “Took off from Grand Forks Air Force Base.” 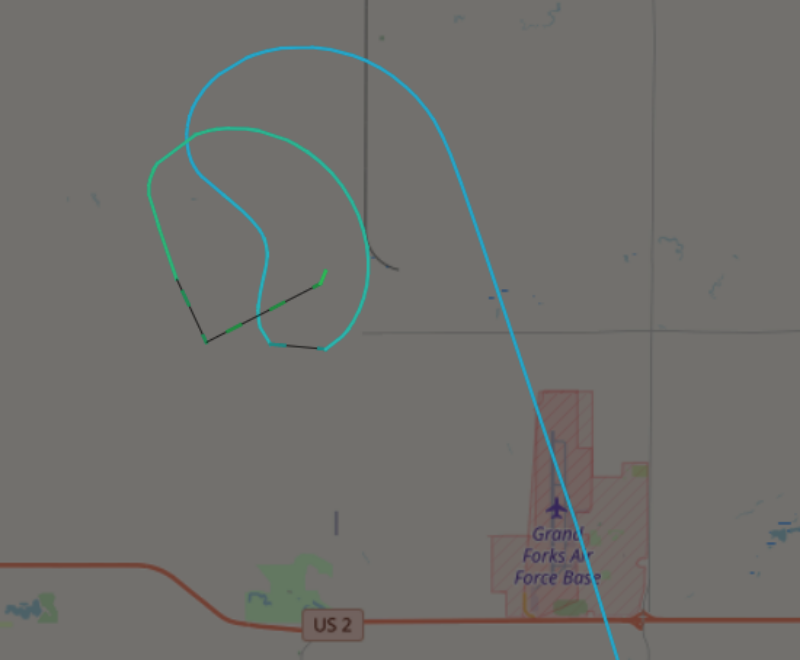 Motherboard verified the flight path of CPB104 with flight data from ADS-B Exchange, a repository of unfiltered flight data. The drone took off from the Air Force Base before making several hexagonal-shaped flyovers around Minneapolis, according to the data.

Paladino also pointed to the aircraft’s previous flights along the Canadian border, its near perfect hexagonal flight path, and its constant altitude of 20,000ft mentioned in the flight data as additional evidence that the aircraft is a drone.

CBP confirmed it operated an unmanned aircraft over Minneapolis.

“A U.S. Customs and Border Protection, Air and Marine Operations unmanned aircraft system was preparing to provide live video to aid in situational awareness at the request of our federal law enforcement partners in Minneapolis. The unmanned aircraft system provides live video feed to ground law enforcement, giving them situational awareness, maximizing public safety, while minimizing the threat to personnel and assets,”

“After arriving into the Minneapolis airspace, the requesting agency determined that the aircraft was no longer needed for operational awareness and departed back to Grand Forks. CBP AMO routinely conducts operations with other federal, state, and local law enforcement entities to assist law enforcement and humanitarian relief efforts. AMO carries out its mission nationwide, not just at the border, consistent with federal laws and policies. During humanitarian missions AMO regularly deploys the unmanned aircraft system to assist FEMA in assessing hurricane affected areas, in coordination with the National Weather Service to capture imagery of storm impacted areas, and with federal, state and local partners to conduct search and rescue missions, in addition to its law enforcement mission,”