Before the rest of the world got its first taste of the Phantom or the Mavic Pro, Hong Kong was home to the team that went on to create some of DJI’s biggest hits. Founded in 2006 by a model plane enthusiast studying at a university in the city, DJI spent years developing the components behind its popular drones with the help of a local professor.

But now, as DJI prepares to ship its latest drone, the Mavic Air 2 is notably missing from Hong Kong’s official DJI stores. While it’s available for purchase elsewhere, such as Taiwan and Japan, it can’t be found in the company’s glimmering three-story flagship store in downtown Hong Kong or in the official online shop, which currently shows all consumer drones listed as out of stock. A link posted in the DJI Facebook page along with a Mavic Air 2 promo video leads to a 404 error page.

“You sure it’s purchasable in Hong Kong? You don’t even have [last year’s] Mavic Mini!” one person commented on the post. “Have you considered how long the Hong Kong store has been running out of drones?” 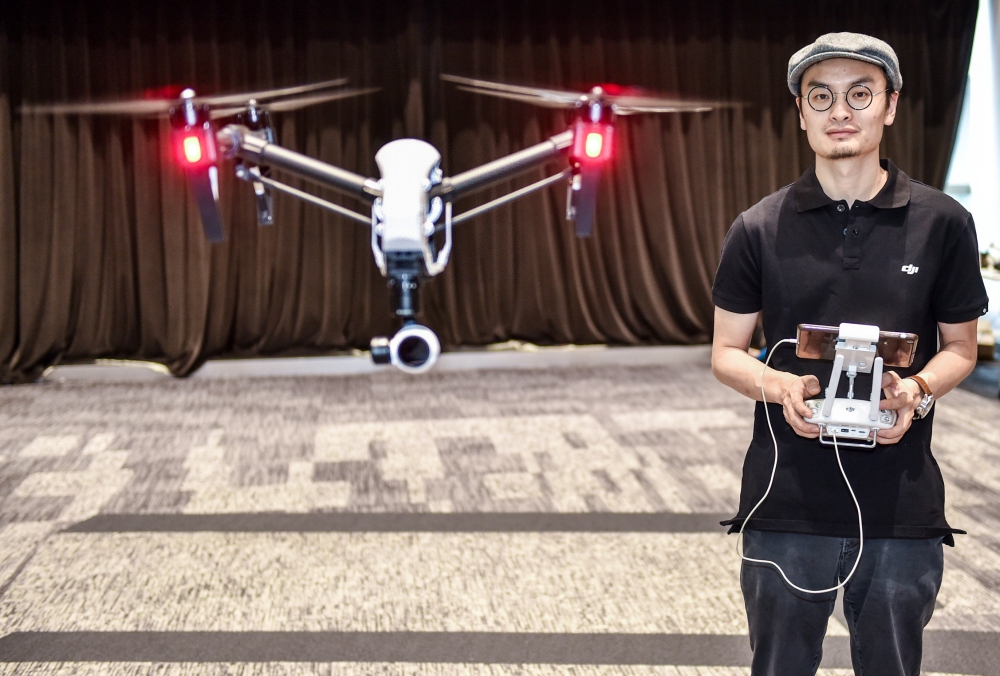 Wang Tao, founder of DJI, controls a drone in his company in Shenzhen, south China’s Guangdong Province, May 22, 2015. (Xinhua/Mao Siqian)

In a statement to Abacus, DJI said,

“Different markets will have different launch timing and shipping dates… We understand consumers are excited about this new product and we are working diligently to bring the Mavic Air 2 to Hong Kong customers as soon as possible.”

Yet DJI never had a problem filling its Hong Kong stores before. At least, not until last year.

Hong Kong’s drone shortage has persisted since last fall, when the city was rocked by waves of anti-government protests that turned violent at times. Under Hong Kong law, any recreational user can fly a drone no heavier than 7kg (15.4 pounds) without applying for a permit. Yet fans noticed that the newly released Mavic Mini, weighing just half a pound, wasn’t available in the city.

As stocks of older models dwindled, some people reported that they also had trouble buying drone parts from shopping sites in mainland China. Shipping agents warned customers that drones were classified as “sensitive items” that shouldn’t be forwarded from the mainland to Hong Kong.

DJI didn’t respond to our question on whether last year’s protests affected shipping of its drones across the border. Back in November, the company told us the availability of the Mavic Mini would be announced at a later date. But six months later, there’s still no sign of the drone — or the newer Mavic Air 2.

“I do think it’s a shame that DJI hasn’t been selling new drones,” said Blair Sugarman, who runs the drone photography site Beyond Visuals along with a few enthusiasts. “Not that anyone’s travelling at the moment, but back when people were travelling and they wanted to take drones with them abroad, you couldn’t get hold of one. You’d either have to wait till you get abroad or order it from somewhere else.”

Bernie Ng, a drone photographer known for capturing aerial shots of Hong Kong’s dense buildings, also finds the situation disheartening even though he believes DJI may not have control over it.

“[The absence] certainly factors into my purchasing decisions, although ultimately I’m still more concerned about the specifications of the drone,” he told us.

Without any direct purchasing channels, some fans are turning to hobbyist shops to get hold of new models.

DJI recently anointed an exclusive local distributor, OTG, which says it imports DJI drones from other markets for sale to customers and other shops. It says it offers repair and warranty services in line with what the brand itself offers.

At an electronics mecca in the gritty Sham Shui Po district, one shop manager said interest in DJI hasn’t waned despite the absence of new drones in the brand’s own outlets. Leading up to the four-day Labor Day holiday weekend, business was buzzing at the Golden Building shopping arcade.

“There are a lot of customers so I can’t speak too long,” he told me on the phone, declining to reveal his name because he wasn’t officially authorized to talk to the media.

With no new coronavirus infections recently registered in Hong Kong, it seems people were ready to emerge from their homes and shop again. And that includes shopping for drones.

“There are more people buying drones from other brands, but for now, let’s say it’s hard to compare the demand for those [to DJI’s],” he said.

It’s a sentiment shared by Chiu Chan from TripPro, an independent store operating out of the industrial district of Kwun Tong. He introduced me to the EVO II, a new drone from the Chinese manufacturer Autel that garnered attention from attendees of this year’s CES gadget show in Las Vegas. For now, though, it looks like DJI still leads in brand recognition.

“The regular customers still want DJI” he said. “I’d say 98% of people who come in ask for DJI.”

DJI says Hong Kong remains an important market for them.

“We will continue to provide customers the tools they need to take their creative work to the next level,” a company representative told us. “We’ll keep you posted on further updates.”

Ng thinks that fans will still look out for DJI drones as long as they’re happy with them.

“If DJI puts out a good product, I think sooner or later it will make its way here to Hong Kong, even if not via DJI’s own channel,” he said. “There is a large, enthusiastic aerial photography community in Hong Kong, so I’m sure there is going to be demand for the next big thing.”

But others say they might start exploring other products if the situation persists.

“I think the important thing is you’re out there taking photos and enjoying yourself, so if in the eventuality that this went on for a long time, then I would be willing to look into other brands,” said Sugarman.“As much as I love DJI — I think their tech is fantastic, I think they offer a great mix of portability and technology — but if that’s what happens, then it’s a shame. I’ll have to look elsewhere.”