EHang Holdings Limited announced that it participated in a flood emergency response exercise recently organized by the local government in Shaoguan, China. EHang fully demonstrated the efficiency, automation, and centralized management of its AAV technology in an emergency application by exercising large-scale and centralized AAV operations.

In order to effectively prepare for the upcoming flood season, the exercise assumed that the banks of the Wujiang River collapsed, threatening the safety of the township and its schools. In this exercise, the local authority promptly launched the warning and carried out ten measures to combat the flood including the transfer of people at risk, sending an emergency rescue team, rescuing drowning people with boats and delivering relief supplies.

As a supporting partner, EHang responded quickly by sending ten remotely-managed AAVs to four emergency sites. Controlled from a remote command-and-control center, EHang AAVs livestreamed the process of emergency repair, flood discharge, and staff transfer via built-in high definition cameras. Furthermore, EHang AAVs were able to accurately drop life jackets and other relief materials to the victims, which was one of the critical emergency response capabilities needed for flood relief. 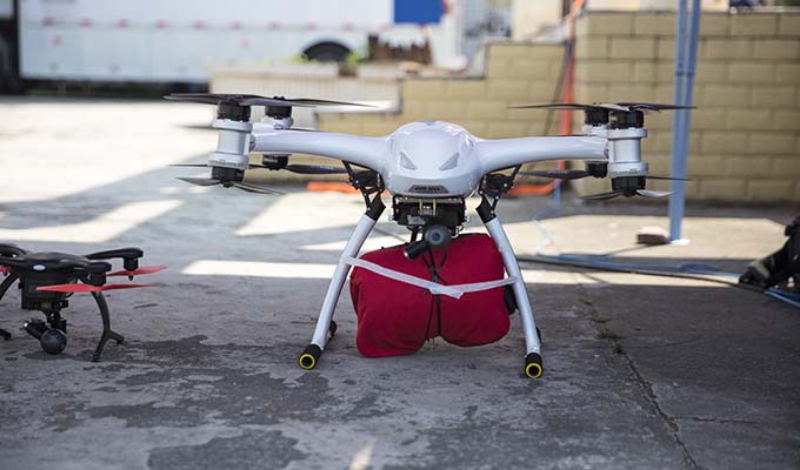 During the exercise, EHang demonstrated the technical advantages of preset routes and centralized management of its AAVs, which can be equipped with different task modules and connected with the command-and-control center in real-time through 4G or 5G networks. EHang provided strong support for local authorities to exchange real-time information and make timely decisions in the face of fast-changing situations during a flood, thereby greatly improving the effectiveness of an emergency reaction. 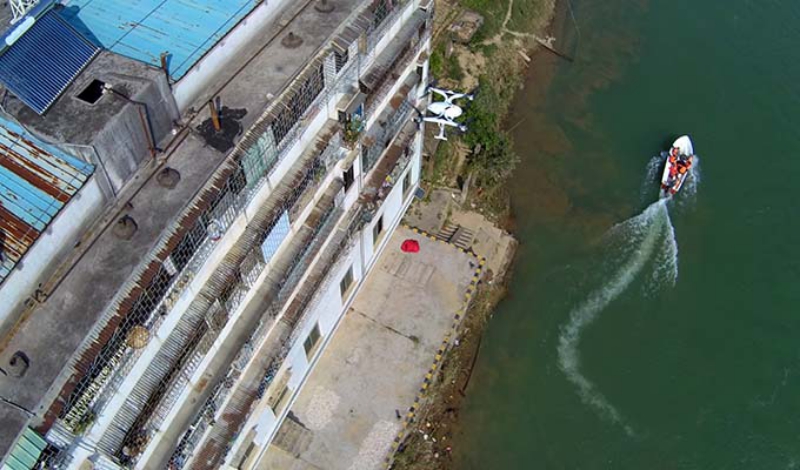 “In the future, city management will be more intelligent, integrated and data-oriented. I am thrilled that EHang joined hands with the Shaoguan city government to lead this trend of smart city management. We will continue to contribute our technological advantages toward building Shaoguan as a model of a smart city utilizing comprehensive AAV applications,” said Mr. Hu Huazhi, the Founder, Chairman and CEO of EHang.

EHang formed a strategic partnership with the Shaoguan government on October 16, 2017, in order to develop an AAV command-and-control center. So far, EHang has worked with both the Public Security Bureau and the Health Bureau to utilize its AAVs for emergency response and epidemic prevention after floods and typhoons, which greatly improves the government’s management of emergency situations. 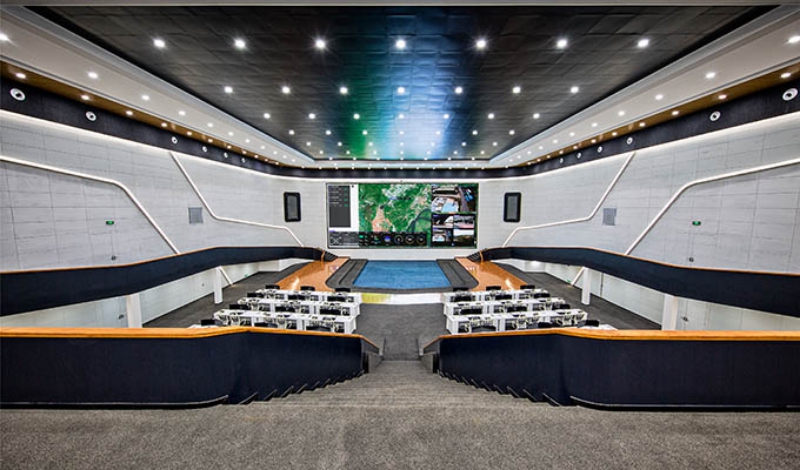 In 2018, EHang launched the command-and-control center in Shaoguan and went through trial operation. With capacity for over 60 staff, the command-and-control center integrates multiple government functions for emergency response and smart city management, including the five core functions of monitoring, scheduling, controlling, early warning and centralized management.

Since May 2019, the command-and-control center has responded to the needs of different authorities such as the Shaoguan Emergency Management Bureau, the Water Affairs Bureau, Forestry Bureau, the Environmental Protection Bureau and the Traffic Police Detachment for smart city management. Based on actual conditions, EHang put forward a customized plan, conducted regular air inspections on illegal construction, river, forestry, water resources, achieving the desired results.

In the current fight against COVID-19, EHang cooperated with local government departments to conduct air inspections on key industrial parks, roads, food markets and reservoirs with megaphones and high-definition cameras, which enabled “all-round” broadcasting and “non-contact” inspections to ensure the safety of frontline epidemic prevention staff.

After a year of trial operations and multiple successful emergency exercises, four departments of Shaoguan government (namely the Water Affairs Bureau, the Environmental Protection Bureau, the Transportation Bureau and the Forestry Bureau) will formally enter the command-and-control center for daily operations. To date, EHang has delivered two command-and-control centers in China, one in Shaoguan and the other in Lianyungang.