The delivery of the fourth UAV was reported by Africa Intelligence earlier this month.

Delair said that the Niger National Guard officially took delivery of three Delair DT26 Surveillance UAVs on 27 November 2019 during an official ceremony held near Niamey by the French Directorate of Security and Defence Cooperation (DCSD). National Guard personnel had been training with the aircraft since at least June 2019.

The delivery was part of a cooperative project with the French government to strengthen Niger’s investigation and prosecution capacity relating to terrorism-related cases. The contract for the aircraft was signed at the end of 2018 between Delair and the DCSD. The DCSD is part of the French Ministry of Foreign Affairs and International Development (MAEDI), intended to develop international cooperation in the fields of defence, internal security and civil protection. 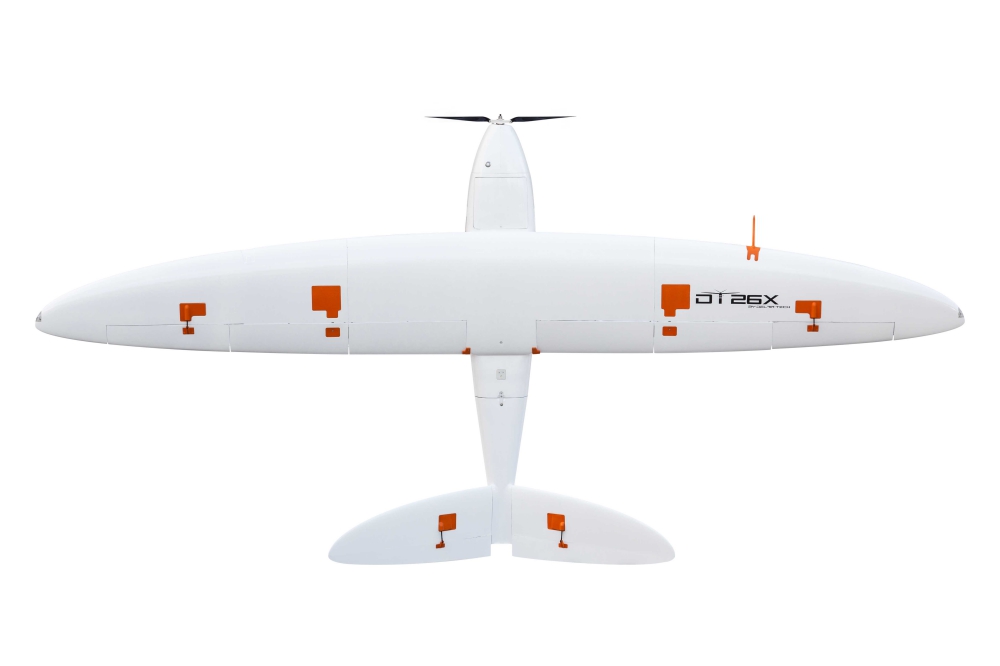 The Delair DT26X Surveillance can carry out remote or night surveillance missions, thanks to its 10 times optical zoom and infrared sensor. Equipped with an on-board stabilization system, it is also equipped with a human detection system (effective from more than 1.5 km away), day and night. The aircraft has an endurance of up to 135 minutes and a cruise speed of 57 km/h. The fixed-wing aircraft has a wingspan of 3.3 metres and weights 15 kg, including payload. It is catapult-launched and belly-landed and has an effective range of 30 km.

Delair said its UAVs have been chosen to equip the Ministry of the Interior of the Republic of Croatia for border surveillance and are used by the Organization for Security and Cooperation in Europe (OSCE) on the border between Ukraine and Russia. Delair also recently received a contract from the French Army for Delair UX11 UAVs for reconnaissance missions.

“The fact that the French Army and other European governmental organizations use our UAVs confirms that we have secure, robust and reliable systems for defense and military applications. Our success in this space demonstrates that there are many applications and use models that we can address in other industries as well, so we would also be interested in cooperating with large industrial groups,” said Bastien Mancini, Delair’s Chief Operating Officer.