The new investments will benefit both product development and ongoing series production.

“Especially in product development, we want to achieve a high level of quality right from the start, as this enables us to minimize optimization loops during the test phase with the customer,” explains Karsten Schudt, Managing Director of Sky Power GmbH.

The engine development is carried out completely within the 3D-CAD software Solid Works. Subsequently, all important components are created as prototypes and pre-series parts, which are then tested. These measurements must be extremely precise.

“For this reason, we decided to purchase the Keyence XM 1200 3D coordinate measuring system to check initial samples for dimensional accuracy with the 3D measuring device,” says Schudt. 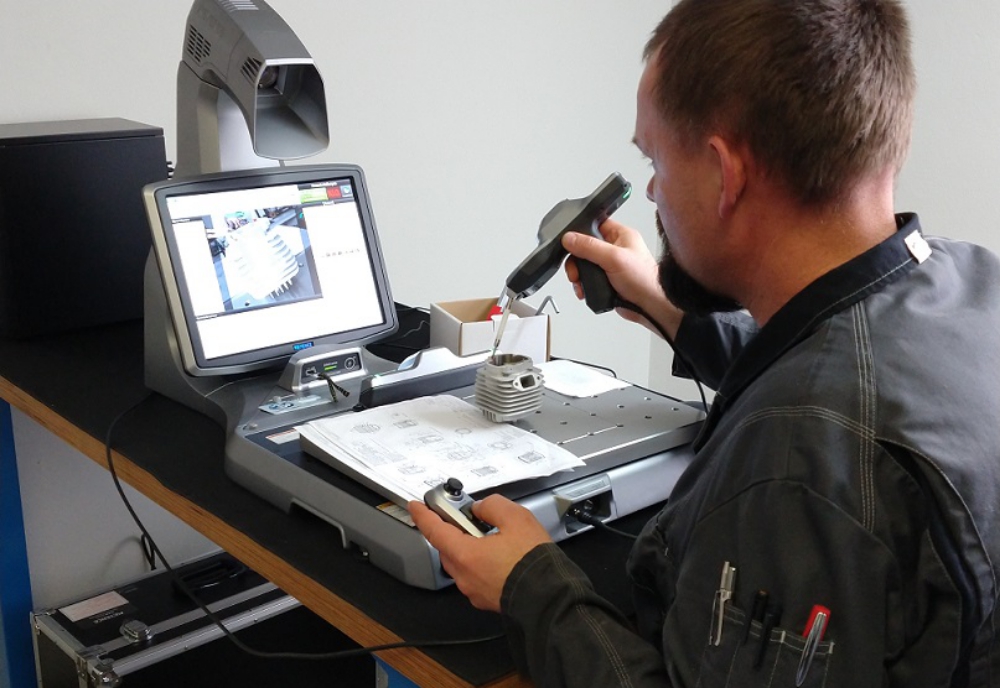 The system uses infrared transmission combined with the latest optical technologies to ensure high-precision measurement. The device is also used in the incoming inspection of serial production parts, such as cylinders, to detect defective parts before they are assembled.

Sky Power has also invested in a new engine test bench on which all prototypes and pre-series are tested to verify basic performance data. These data for torque, power, consumption, operating temperatures and service life are documented, for example in a 150-hour test.

“This enables us to determine precisely at a very early stage whether we are achieving the desired performance parameters. This is particularly important for new custom developments,” explains Schudt.

The test stand is also used for the continuous improvement of the engine range.

“We can thus test new developments quickly and reliably and compare the performance data collected with those of previous series,” adds Schudt.

The water-cooled engine test bench is designed for power outputs of up to 16 kW and up to 9000 rpm.

The engine test stand was particularly important for the development of the recently introduced heavy fuel (HF) engines. Time and time again new development steps could be tested and compared.

“Since the development of these engines was based on a customer request, the time frame was very tight. The technical specifications had to be met,” says Schudt.

But the second test bench was also used during development. This is a propeller test setup, which is also located at the Sky Power site. With the propeller test bench, the functional and quality verification is determined by means of routine testing. All performance data are collected and are documented in a test report.