Using the Coaxial Propulsion Concept? You May Be Infringing on a Patent

Since the beginning of the development of multirotor Unmanned Aircraft Systems (UAS), different drive concepts have been pursued, including multicopters with one or two motor/rotor combinations per UAS arm.

Since 2005, AirRobot GmbH & Co. KG of Arnsberg, Germany, one of the pioneers in the field of commercial UAS multirotor technology, has developed various flight platforms with different propulsion concepts, including the Mikado UAS, which is currently in service with the German Armed Forces.

On March 31, 2007, the patent (PCT/DE2007/000592) for coaxially operated multirotor UAS was filed under the title «miniaturized flying robot» by Burkhard Wiggerich, the managing director of AirRobot. This patent was granted that same year for Germany, the European Union, USA, Canada, China and various other countries.

Mr. Wiggerich explains: «Many companies invest years of development on coaxial multirotor UAS and only try to license it with us afterwards, as early patents are simply overlooked. Currently, more and more well-known companies from the small commercial UAS community, as well as from the sector covering the automatic and autonomous aerial transport of passengers in Germany and abroad, appear to recognize and appreciate the value of our invention. The coaxial propulsion concept is a solid and safe propulsion concept, which combines maximum lift with minimum size.» 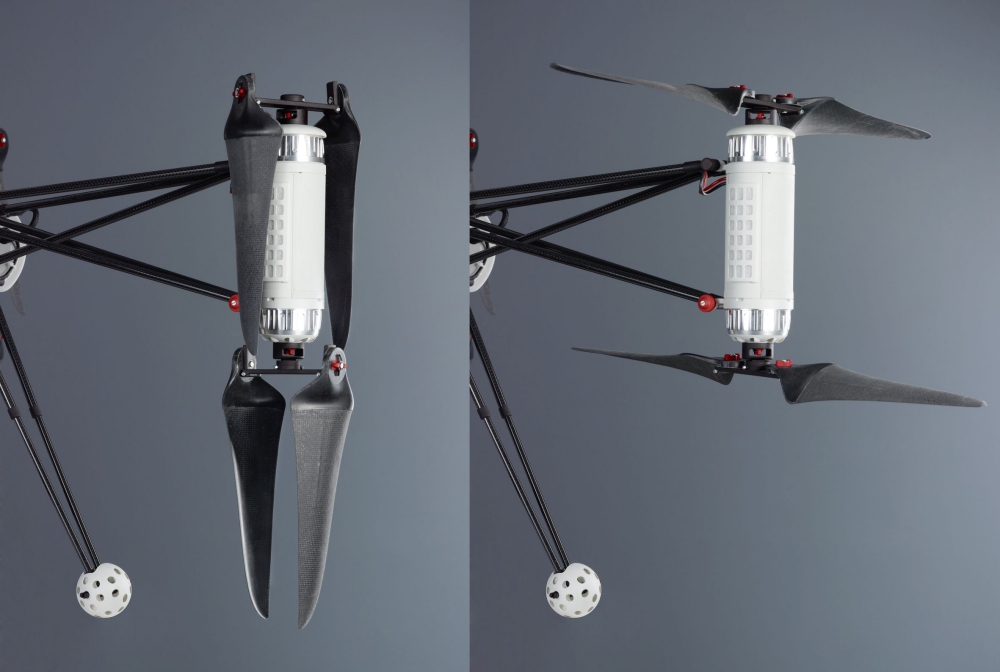 UAS manufacturers and integrators (European & non-European) using coaxial propulsion technology should be aware that they may possibly be infringing on the referred to patent, and should take the necessary steps to evaluate if this is the case, and then take the corrective measures that impose themselves.