US Marine Corps to Double UAS Squadrons by 2030 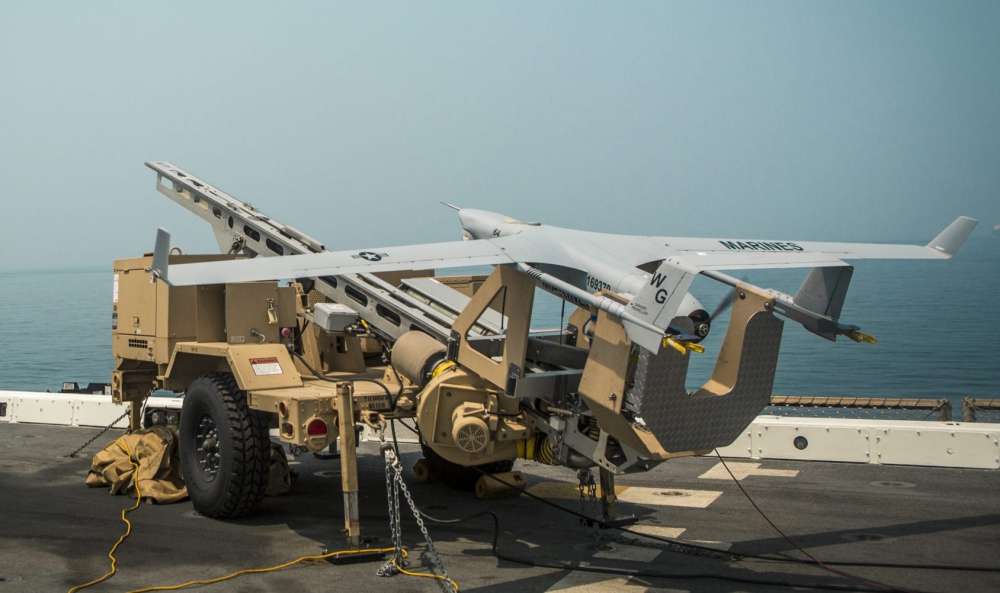 The U.S. Marine Corps is planning to change its aviation community significantly as part of a long-range effort to align its force structure more with the National Defense Strategy, including doubling the number of unmanned aerial system (UAS) squadrons and deactivating three rotary-wing squadrons.

In a March 23 release, the Marine Corps Combat Development Command (MCCDC) announced that it was redesigning its force “for naval expeditionary warfare in actively contested spaces, fully aligning the Service with direction of the National Defense Strategy. The Marine Corps has identified areas of modernization and realignment to meet these demands.”

Among several initiatives planned for execution by 2030, the MCCDC said it would “double the number of UAS squadrons and austere lethal unmanned air and ground systems, enhancing our ability to sense and strike.”

The Corps fields four Marine UAV squadrons (VMUs) — three in the active component and one in the reserve component. All four operate RQ-21A Blackjack UAS and one, VMU-2 at Marine Corps Air Station (MCAS) Yuma, Arizona, operates two MQ-9 Predator UAVs under a contractor arrangement. The Corps intends to procure six MQ-9s for its VMU squadrons under current planning.

MCCDC also announced plans to deactivate three rotary-wing squadrons by 2030. They include:

In addition, the Corps plans to deactivate HMLA-367 at MCAS Kaneohe Bay, Hawaii, and relocate the squadron to Camp Pendleton, presumably for reactivation.

The Corps also plans to reduce the number — Primary Aircraft Authorized — of F-35Bs in some of its Marine Fighter Attack Squadrons (VMFAs). The original plan was to field 10 F-35Bs in some squadrons and 16 in others, with the extra six used to deploy as detachments on board amphibious assault ships. The F-35C squadrons also would be limited to 10 aircraft.