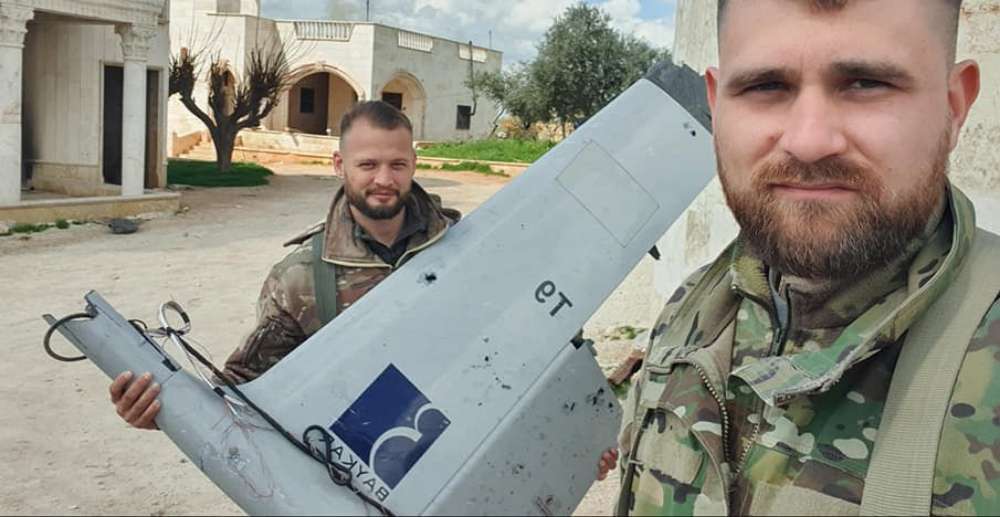 The Anna News Agency released a new photo that showed the remains of a Turkish drone that was shot down by a Russian-made air defense system in Syria.

In the image released, two Russian military journalists  are photographed with the remains of the Turkish drone. The type was not stated, but it would appear to be a Bayraktar.

It was probably shot down by a Russian-made Pantsir S-1 air defense system, which was deployed to the Idlib front shortly after the Turkish military began launching heavy strikes on the Syrian Army’s positions.

According to unofficial data, in the two weeks of the war in Syria, Turkey lost about 40-50 drones.