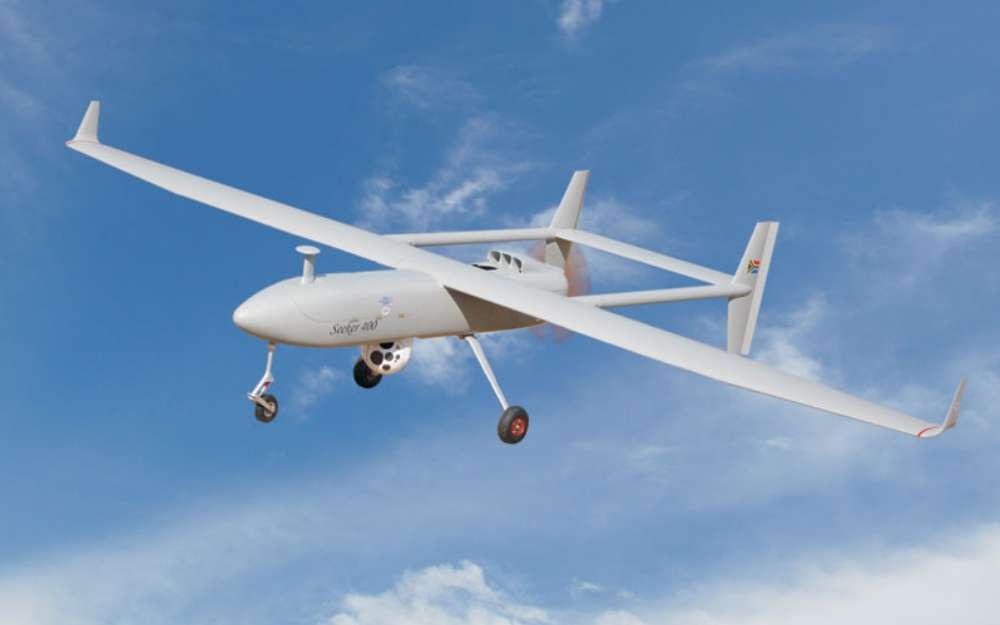 The latest contract, worth AED 25 821 190 (R109 million) (USD 6.4M) was announced during the Unmanned Systems Exhibition (UMEX) in Abu Dhabi last month  by Staff Brigadier Fahad Nasser Al Thehli, Spokesman for the UMEX and SimTEX 2020 exhibitions, although it was signed before the show.

Denel displayed its Seeker 400 UAV at the UMEX show where it was fitted with an enlarged nose for a synthetic aperture radar (SAR) and hump above the wing for beyond line of sight satellite communications link. It was also fitted with two surface-to-air missiles, most likely Impi or P2 weapons.

Denel said the new ‘lumps and bumps’ are part of the roadmap for the Seeker 400. The new configuration model is in line with the design of the Seeker 400 as it was originally conceived: to have a system that can carry weapons and other sensor options.

The United Arab Emirates has bought Seeker II, Seeker 200 and Seeker 400 UAVs from Denel, being the launch export customer for the latter two. The UAE’s Seekers have been armed, as Denel Dynamics has delivered its P2 unpowered GPS-guided weapon to ‘a client in the Middle East’ and has qualified the weapon on the Seeker 200. As the UAE is the only known Seeker 200 operator in the region, it is almost a certainty it received the 14 kg P2 weapon.

Denel’s contract with the UAE for the Seeker 400 covers six aircraft, two ground control stations, six electro-optic payloads, as well as the integration of sensors, such as synthetic aperture radar (SAR), satellite communication (SATCOM), and the integration of weapons. The weapon of choice is the P2.